Sophie Schmidt scored on a penalty kick in the 55th minute and the Houston Dash went on to beat the Orlando Pride 3-1 on Saturday night in the National Women's Soccer League.

Abbotsford B.C., and Ajax, Ont., natives combine to give Houston the win

Sophie Schmidt scored on a penalty kick in the 55th minute and the Houston Dash went on to beat the Orlando Pride 3-1 on Saturday night in the National Women's Soccer League.

Orlando's Kristen Edwards and Sydney Leroux opted not to play in the fall series match at BBVA Stadium after after a Dash player tested positive for coronavirus earlier this week.

Nichelle Prince put the Dash up 1-0 with a goal in the 27th minute, but the Pride pulled even with Marisa Viggiano's goal in first-half stoppage time.

Schmidt scored the goal-ahead goal on a penalty kick for the Dash in the 55th minute. Shea Groom added a goal in the 72nd minute.

The Dash announced earlier this week that a player had tested positive for COVID-19. It was the league's first positive test since a number of Pride players had positive tests, forcing Orlando out of the league's Challenge Cup tournament this summer in Utah. The player was not identified. 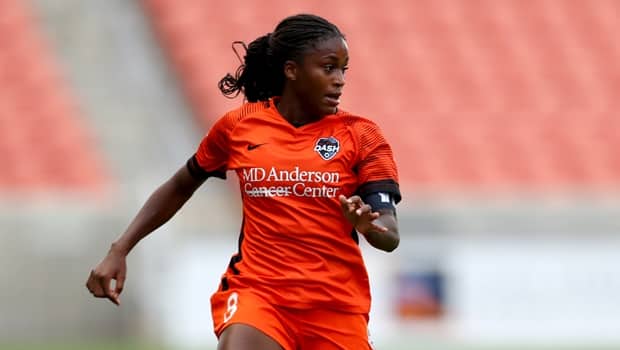 2 months agoVideo
0:55
Ajax, Ontario's Nichelle Prince finished on a pass from Abbotsford, B.C.'s Sophie Schmidt for the opening goal in Houston's 3-1 victory over Orlando in the NWSL fall series. 0:55

"Unfortunately, I've had to make the difficult decision to not travel to Houston with my team for tonight's game," Edwards posted on social media. "Personally, I was not comfortable with the travel arrangements as well as the timeframe of recent events."

Leroux posted: "I made the decision not to travel to Houston with my team for the game tonight. The health and safety of my family will always be my priority and I didn't feel comfortable with recent events and the timeline of their positive test." 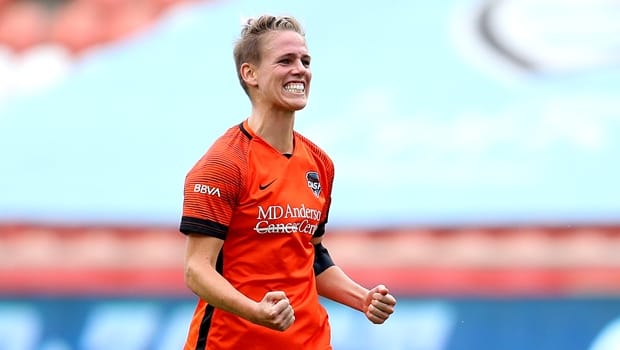 2 months agoVideo
1:51
Sophie Schmidt of Abbotsford B.C. capitalized on a penalty called in the second half of Houston's 3-1 win over Orlando in the NWSL fall series. 1:51
CBC's Journalistic Standards and Practices|About CBC Sports