Dash wrap up NWSL fall series with win over Pride

Veronica Latsko scored in the 29th minute and the Houston Dash held off the Orlando Pride 2-1 in a National Women's Soccer League fall series match Friday.

Veronica Latsko scored in the 29th minute and the Houston Dash held off the Orlando Pride 2-1 in a National Women's Soccer League fall series match Friday.

The Dash, which won the summer's Challenge Cup tournament in Utah, are currently in first place in the standings, wrapping up the fall series 3-1-0.

The Pride are 0-2-1 with one more match next weekend against the North Carolina Courage.

Shea Groom put the Dash up early with a header off an assist from Kristie Mewis for her third goal of the fall series. Groom and Mewis were recently called up to the U.S. national team training camp scheduled for later this month in Colorado. 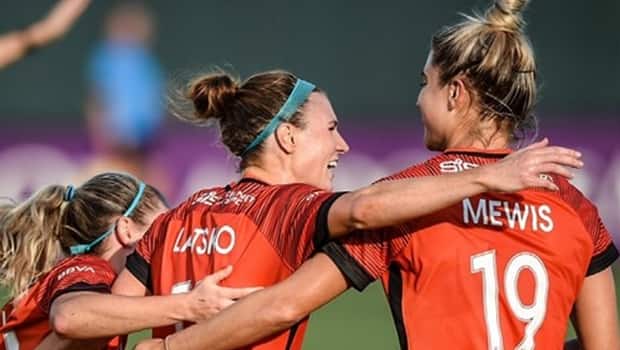 2 months agoVideo
0:27
Veronica Latsko scored in the 29th minute and the Houston Dash held off the Orlando Pride 2-1 in their final match of the NWSL fall series. 0:27

Latsko's goal was her third of the series, and also was assisted by Mewis.

The Pride closed the gap at Osceola County Stadium with Sydney Leroux's goal early in the second half.

The Pride were hurt when defender Carrie Lawrence was hit in the upper body by the ball and had to be stretchered off in the 25th minute. She was replaced by Abby Elinsky.