An all-Canadian soccer battle erupted in a flurry of goals and a pair of red cards in Vancouver on Sunday before the Montreal Impact walked away with 4-2 victory over the Whitecaps.

2 red cards were given out in the match

An all-Canadian soccer battle erupted in a flurry of goals and a pair of red cards in Vancouver on Sunday before the Montreal Impact walked away with 4-2 victory over the Whitecaps.

Saphir Taider had a goal and two assists for the Impact (5-4-1), while Orji Okwonkwo and Samuel Piette each added a goal and a helper. Romell Quioto rounded out the scoring for Montreal.

Theo Bair scored for the Whitecaps (3-7-0), who also got an own goal from Montreal's Rudy Camacho.

Vancouver's Lucas Cavallini was ejected from the match in the 57th minute after receiving his second yellow card of the game. 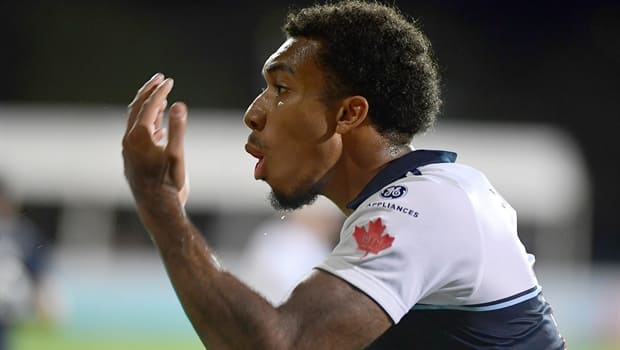 1 month ago
1:01
Ottawa native Theo Bair scored in the 7th minute to push the Vancouver Whitecaps to an early 1-0 lead over the Montreal Impact. 1:01

Montreal's side was also cut to 10 players in the 72nd minute when midfielder Emmanuel Maciel was sent off.

The victory keeps the Impact's hopes of winning the round-robin portion of this year's Canadian Championships alive. 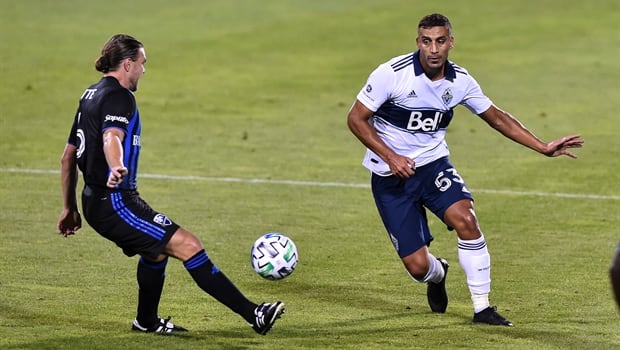