It’s fair to say that Canadian soccer fans have had plenty to cheer about lately. And right now, in any given match at the Canadian Premier League’s Island Games in Charlottetown, the future of soccer in this country is also on full display.

It's fair to say that Canadian soccer fans have had plenty to cheer about lately. From Bayern Munich's roadrunner Alphonso Davies, to the dynamic Johnathan David's recent transfer to Lille, to 20-plus Canadians dotted on rosters around MLS and others playing overseas. (And let's not forget international soccer's all-time leading goal scorer Christine Sinclair and the women's team, which has won back-to-back Olympic bronze medals).

And right now, in any given match at the Canadian Premier League's Island Games in Charlottetown, the future of soccer in this country is also on full display.

In its second season, the CPL is again exceeding expectations with its product on the pitch, and in turn, helping to fill the depth pool for Canada's youth, Olympic and senior national teams.

From its early stages of development to its inaugural kickoff last year, that's been the CPL's mission: to be a home where young players can cut their teeth at a professional level. Rules stipulating Canadians make up 50 per cent plus one of rosters, as well as quotas in starting lineups and minimum minute requirements for U-21 players have pushed the mandate.

The league is already seeing the benefits. 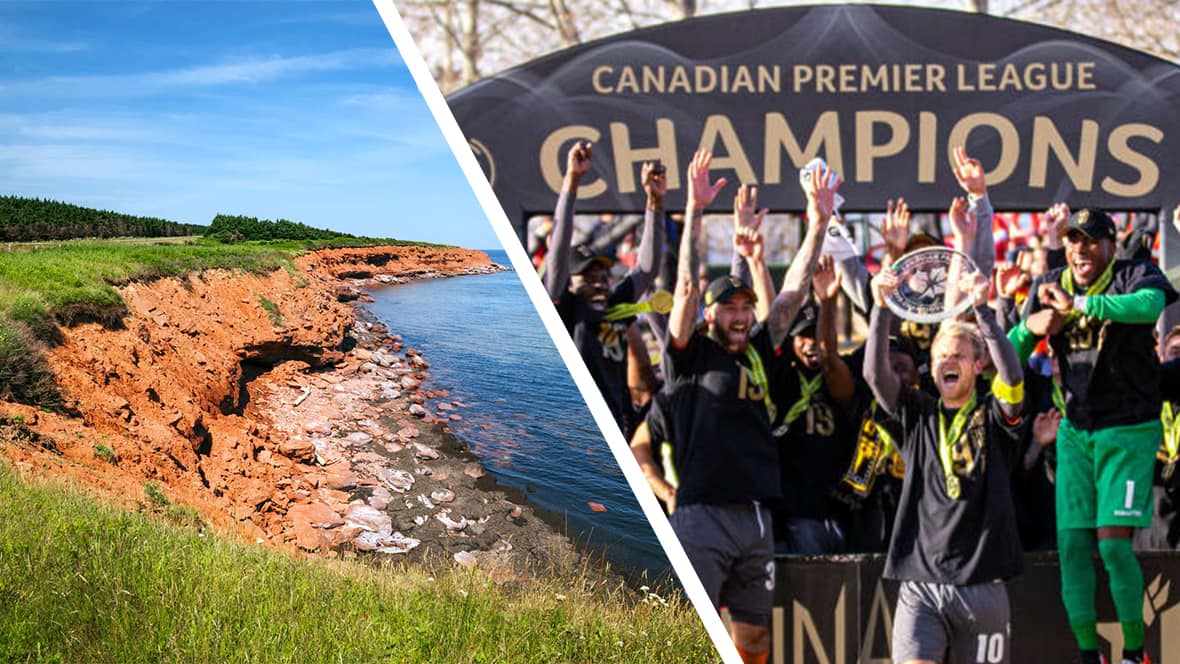 3 months ago
2:47
The Canadian Premier League is kicking off The Island Games this week, here's how it's happening. 2:47

In late February 2020, of the 50 players named to Canada's provisional Olympic qualifying roster, 11 are currently with CPL clubs and several others played in the league last season. (Of note, in the Olympic men's tournament, the age is U-23 players, so those with 1997 birthdates or later. Three overagers can be added for the actual Olympic Games).

CPL a platform for young Canadians

Watch any CPL match and you're sure to catch a glimpse at a few potential Olympians. Four of the 11 are on Pacific FC's roster alone.

Kadin Chung is one of those players. The 21-year-old fullback/midfielder from Port Coquitlam, B.C., was Pacific FC's first-ever signing last year and the opportunity to play in the CPL came at a key point in his young career.

"It's been a big factor for me," said Chung, who was part of the Vancouver Whitecaps Residency program and has represented Canada at the U-17, U-20 and U-23 levels.

"Before the CPL, in North America specifically, there's been a big gap between the top league and academies. There wasn't really any platform. Now, providing a professional environment for Canadians, especially young Canadians like myself, it's been crucial for development and just playing, getting minutes in. It's been amazing."

The Island Games has not only allowed CPL teams to get back on the pitch (despite it's pandemic-shortened season), it's also another chance to keep your name in the national picture or even play your way into it, as Cavalry FC's 20-year-old fullback Mohamed Farsi has done with his notable performance so far.

"It's always on the back of my mind. It's always there," Chung said. "Right now my focus is performing well here in the bubble and showing consistency. Once that arises [Olympic tryouts], that will be a focus as well.

"Our season runs a bit shorter than MLS, so it's about continuing to put in work [in the off-season]. Stay fit, stay ready, just in case you get that call. You want to be prepared for a moment like playing with the national team."

Step in the right direction

Developing and keeping players in Canada has been a thorn for the national program for decades.

While the elite players often found professional opportunities, those on the cusp or younger players who hadn't hit their potential were left with little options – underbelly leagues deep in Europe or North American semi-pro stops. MLS expansion into Canada has helped.

In the past, U Sports players didn't have a place to continue their careers outside of their local club teams. Now, the CPL runs a U Sports draft, allowing those athletes who matured later in their careers a second shot at a professional opportunity.

Deepening the nation's player pool comes at a particularly crucial time for Canada as it attempts to qualify for two major competitions in the next two years – the Olympics next summer in Tokyo and the 2022 FIFA World Cup Qatar.

Also on the horizon, of course, is the 2026 edition of the World Cup, which Canada will host along with CONCACAF nations Mexico and the United States. Players who are in their late teens or early 20s now will presumably be at their peak when the home World Cup rolls around. (Canada's lone World Cup appearance for the men came in 1986 when it lost all three of its matches and didn't score a goal).

The first round of CONCACAF Olympic qualifying is tentatively scheduled for October and November, while the second round is planned for March 2021, the same time as Olympic qualifying (though with COVID-19, everything has an asterisk these days). Many of Canada's stars like Davies and David are eligible for both the Olympic and senior teams, but will likely focus on the World Cup qualifying campaign.

That could open the door for players like Chung.

"With everything going on in the world right now, I've been unsure of how things would work out for next year. I'm just trying to perform well, do as best as I can here and let the future take care of itself."

The Island Games continue at UPEI Alumni Field in Charlottetown into September. The winner will take home the CPL's North Star Shield, qualify for the 2021 CONCACAF League as well as the 2020 Canadian Championship Final.

Signa Butler is a host and play-by-play commentator with CBC Sports, where she has worked for nearly two decades. The Tokyo 2020 Olympic Games this summer will be her 10th with the network.