De Carolis opened the scoring in the 36th minute for the Wanderers (2-1-3) and Bent doubled the lead in the 40th despite Valour (2-3-1) controlling much of the game.

The HFX Wanderers made the most of their opportunities on Wednesday, with Alex De Carolis and Cory Bent scoring four minutes apart on their way to a 2-0 victory over Valour FC in Canadian Premiere League play.

De Carolis opened the scoring in the 36th minute for the Wanderers (2-1-3) and Bent doubled the lead in the 40th despite Valour (2-3-1) controlling much of the game.

Valour FC held 64 per cent of possession in the match and outshot HFX 15-11 but couldn't solve 'keeper Christian Oxner. 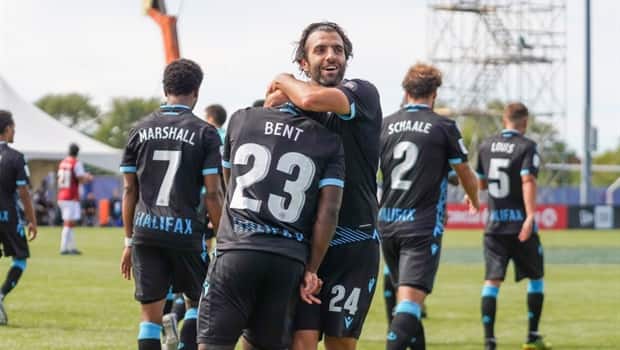 HFX Wanderers stave off elimination with win over Valour FC

2 months ago
1:38
Halifax temporarily moves into fourth place on the CPL table with a 2-0 win in the Island Games. 1:38

The current CPL season is being dubbed The Island Games as the teams are playing in a bubble in Charlottetown due to the COVID-19 pandemic.

The top four clubs in the eight-team league at the end of the 28-match opening stage advance to the six-match group stage. The top two teams from the group stage play in a single-match final. 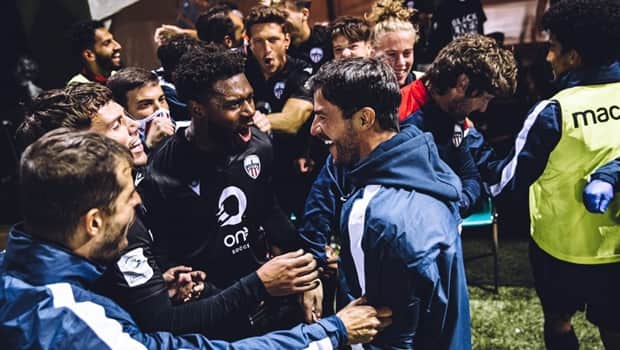