Akeem Garcia scored in the 15th minute as HFX Wanderers FC blanked Atletico Ottawa 2-0 on Sunday to advance to the group stage of the Canadian Premier League with a top four finish at the Island Games.

Akeem Garcia scored in the 15th minute as HFX Wanderers FC blanked Atletico Ottawa 2-0 on Sunday to advance to the group stage of the Canadian Premier League with a top four finish at the Island Games.

Alessandro Riggi also scored for the Wanderers, which finished the season in second place. Ottawa, playing in its first season in the CPL, needed a win to advance. 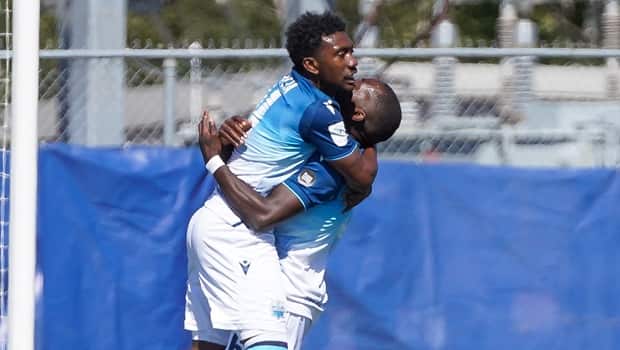 2 months ago
1:54
HFX Wanderers FC made their way into the top four in their final first-round match by earning a 2-0 win over Atlético Ottawa on Sunday. 1:54

Later Sunday, Josh Heard and Marco Bustos scored 11 minutes apart in the second half as Pacific FC rallied over FC Edmonton 2-1 to clinch the final spot in the top 4.

Easton Ongaro scored in the 59th minute to put Edmonton ahead 1-0.

Sunday's games marked the final day of the first round. 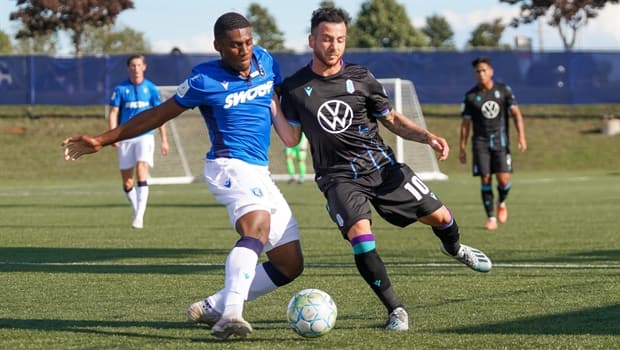 2 months ago
1:47
York9 was eliminated after Pacific FC came back to take a must-win game over FC Edmonton.  With the victory, the Tridents clinched a spot in The Island Games group stage.  1:47

The current CPL season is being dubbed The Island Games as the teams are playing in a bubble in Charlottetown due to the COVID-19 pandemic.

The top four clubs in the eight-team league at the end of the 28-match opening stage advance to the six-match group stage. The top two teams from the group stage play in a single-match final.

Hamilton's Forge FC secured a spot in the next round Saturday after a 2-2 draw against Valour FC that eliminated the Winnipeg club. And Calgary's Cavalry FC secured top spot in the standings with a 1-0 win over York9 FC.

No. 2 seed Wanderers will open the group stage Wednesday against No. 3 Forge followed by No. 1 Cavalry against No. 4 Pacific.