Daniel Krutzen scored in the 35th minute and David Choiniere added another in the 89th as Forge FC moved to the top of the Canadian Premier League table with a 2-0 win over Atlético Ottawa on Sunday.

Daniel Krutzen scored in the 35th minute and David Choiniere added another in the 89th as Forge FC moved to the top of the Canadian Premier League table with a 2-0 win over Atlético Ottawa on Sunday.

Hamilton-based Forge (3-1-2) leads Cavalry FC by one point in the standings after the Calgary-based club was defeated 2-1 by Pacific FC earlier in the day.

Choiniere sealed the game when he took possession of the ball at the top of the penalty area, dribbled around a defender and fired a shot past Ottawa goalkeeper Ignacio Almazan.

Triston Henry stopped three shots to pick up the clean sheet for Forge.

WATCH | Hamilton forges ahead to top of table: 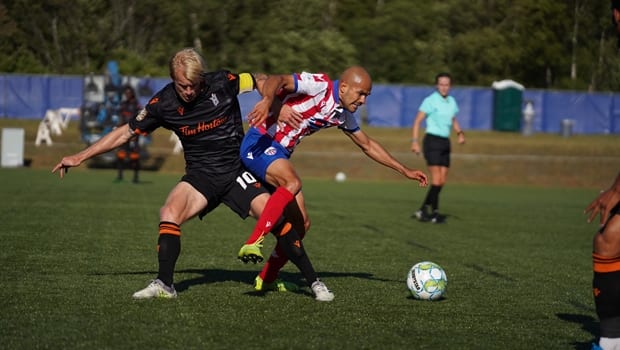 Forge moves into 1st place with win over Atlético Ottawa

WATCH | Pacific hangs on for victory over Cavalry: 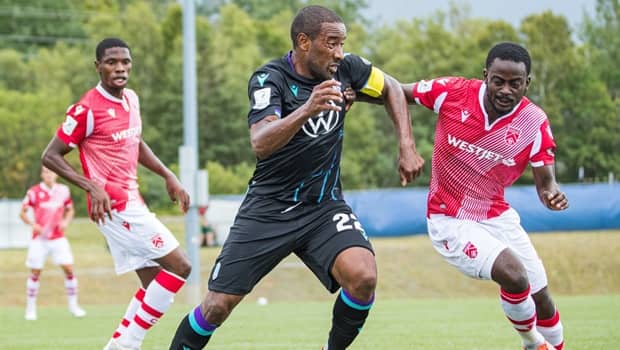 Pacific FC holds on for 2nd victory of The Island Games

Liceaga made it 2-0 when he converted a cross from Victor Blasco.

Heading into the last week of the Canadian Premier League season, dubbed The Island Games as the teams are playing in a bubble in Charlottetown due to the COVID-19 pandemic, Forge leads the table with 11 points, followed by Calvary (10), Pacific (eight), and York9 FC and Valour FC (seven each). Pacific, York9 and Valour have played one fewer game than Forge and Cavalry.

HFX Wanderers FC (six points), Ottawa (five) and FC Edmonton (one) round out the standings.

The top four teams at the end of the 28-match opening stage advance to the six-match group stage. The top two teams from the group stage play in a single-match final.