The breakthrough came in the 60th minute on the latest of a string of Forge corners. Goalkeeper Christian Oxner failed to deal with Kyle Bekker's delivery to the far post and the ball went to Mo Babouli, who chipped it back to the other post where Achinioti-Jonsson headed it in.

Halifax will rue the Swedish midfielder's goal, having had seven defenders in the six-yard box.

Substitute Tissot rubbed salt in the wound with a long-distance free kick that was fumbled by Oxner in the 90th minute. 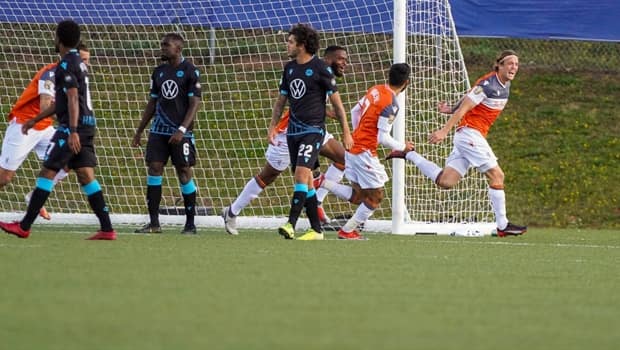 1 month ago
2:11
Forge FC scored twice in the half as they defeated HFX Wanderers FC 2-0 to claim the Canadian Premier League title for the second straight year. 2:11

Time and location of the Canadian Championship final has yet to be announced.

Eight teams started the Island Games, an abridged 35-match, 38-day season played in a P.E.I. bubble due to the global pandemic.

HFX went 4-3-4, with earlier losses of 2-1 to Calgary's Cavalry FC on Aug. 23 and 5-0 to Pacific FC of Langford, B.C. The loss to Pacific came Tuesday in a meaningless game with a reserve lineup after the Halifax team had already qualified for the championship game.

The two finalists tied 1-1 twice during the tournament — Aug. 19 in the first stage and Sept. 9 in the group stage. 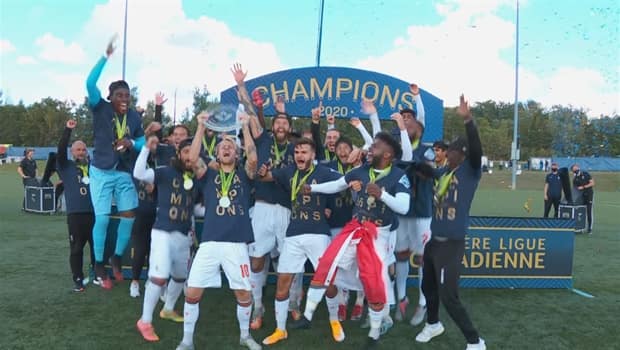 1 month ago
0:38
Forge FC is presented the CPL's championship trophy, The Northern Shield. 0:38

Both teams survived some sloppy play in the early going on a gusty day at the UPEI Artificial Turf Field. Babouli, the beneficiary of a Halifax giveaway, was on target in the sixth minute but his weak shot did not trouble Oxner.

HFX had more of the ball but failed to turn that into scoring chances.

Each team had just one shot on goal in the first half.

WATCH | Forge FC coach reflects on yet another championship win: 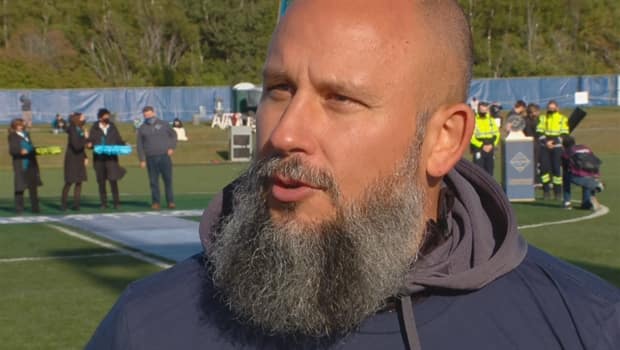 1 month ago
2:23
Forge FC head coach Bobby Smyrniotis talks about his squad's 2-0 win in the championship match at The Island Games. 2:23

HFX winger Johnny Grant had a chance in the 46th minute but was unable to control a fierce cross.

Forge began to turn the screw with HFX having to defend four straight corners some 10 minutes into the second half.

HFX, led by former Canada and Trinidad & Tobago national team coach Stephen Hart, came into the season with just seven returning players after finishing bottom of the table in 2019 with a 6-12-10 overall record over the spring and fall seasons.

WATCH | Forge midfielder Achinioti-Jönsson: 'We want to win everything' 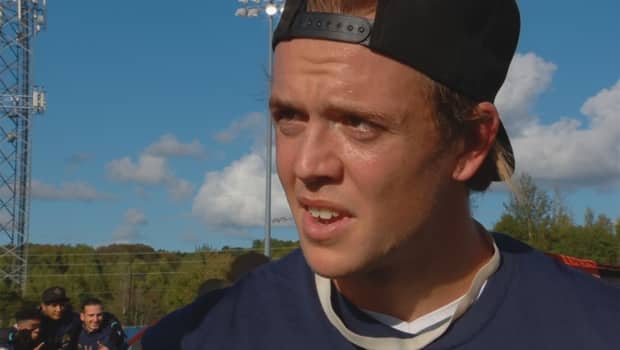 Alexander Achinioti-Jönsson: 'We just want to win everything'

In contrast, Forge had 17 returning players and the Canadian league's inaugural season title. Coach Bobby Smyrniotis used his entire roster at the Island Games with every player on the 22-man roster making at least one appearance. The Hamilton club came into the final with nine different players having scored.