United, Chelsea, Paris Saint-Germain and Bayern Munich all cruised to easy wins on Tuesday, scoring 17 goals between them and conceding none.

"For the Real Madrids, Barcelonas and Bayerns, the Champions League starts in February. Now is just the warming up," Mourinho said after a routine win for his Manchester United team over Swiss club Basel. "Let's qualify, let's make the points to qualify for the knockout phase. When we do that, let's enjoy playing against the big guys."

United, Chelsea, Paris Saint-Germain and Bayern Munich all cruised to easy wins on Tuesday, scoring 17 goals between them and conceding none.

Barcelona's 3-0 win over Juventus was something of an exception, if only because the Italian team — last season's defeated finalist — had been expected to put up more of a fight.

In the event, Lionel Messi started another European campaign in imperious fashion with two goals against an injury-depleted Juventus side.

Lionel Messi started the new European season with yet another game-winning performance for Barcelona, while the Catalan club's record signing Ousmane Dembele made his debut. 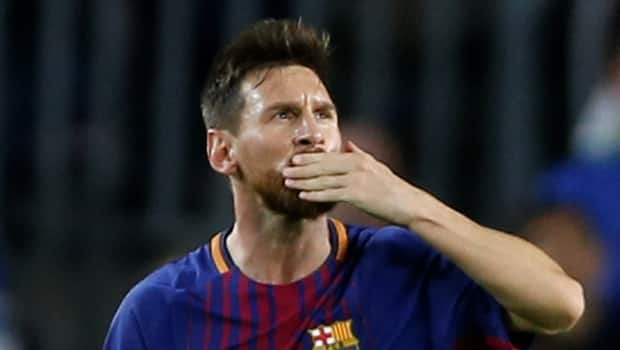 Still, Barcelona's three-goal winning margin against a weakened opponent was slight revenge for its loss to Juventus in last year's quarterfinals.

On Tuesday at the Camp Nou, Juventus was missing defender Giorgio Chiellini, forward Mario Mandzukic and midfielder Sami Khedira through injury, while Juan Cuadrado was suspended.

Sporting Lisbon won 3-2 at Greek side Olympiakos, taking the lead after just 69 seconds through forward Seydou Doumbia, on loan from Roma.

Lukaku on a roll for Manchester United

Manchester United's players didn't have to exert themselves too much to see off Swiss side Basel 3-0, as Romelu Lukaku scored his sixth goal in six United appearances. 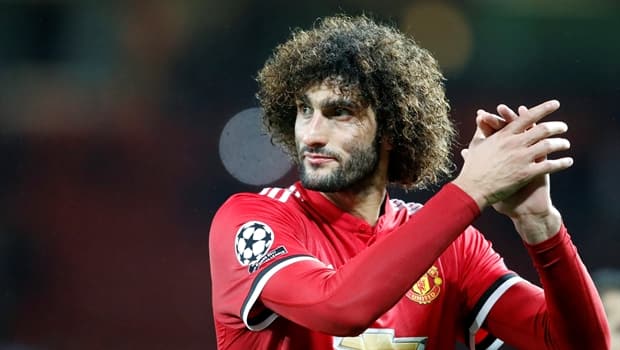 3 years ago
1:06
Marouane Fellaini scored the winner as Man U defeated FC Basel 3-0 in group stage on Tuesday. 1:06

In a worrying sight for United fans and coach Mourinho, captain Paul Pogba hobbled off with a possible left hamstring injury.

PSG's expensively assembled forward line of Neymar, Kylian Mbappe and Edinson Cavani ran riot against Celtic in a 5-0 win, scoring four between them. A Celtic own goal ensured a night to forget for the Scottish champion.

Bayern seemed rustier in its 3-0 win over Anderlecht, leading by just one goal at halftime despite Anderlecht having a man sent off in the 11th minute.

The red card allowed Robert Lewandowski to score from the penalty spot, before Bayern wasted a string of opportunities. Thiago Alcantara and Joshua Kimmich added to the scoreline in the second half.

A poor Qarabag defence also conceded goals from Michy Batshuayi, Pedro Rodriguez, Cesar Azpilicueta and Tiemoue Bakayoko. There was also an own goal by Maksim Medvedev.

Atletico Madrid sees itself as a contender to win the Champions League, but poor finishing made it look well short of that standard in a 0-0 draw with Roma.