The Champions League soccer game between Paris Saint-Germain and Istanbul Basaksehir in Paris was interrupted Tuesday after players walked off the field alleging a fourth official used a racial slur against an assistant coach.

The Champions League game between Paris Saint-Germain and Istanbul Basaksehir was postponed until Wednesday when players walked off the field on Tuesday after alleging that fourth official Sebastian Coltescu of Romania used a racial term when identifying an assistant coach.

Players from the Turkish team were furious after assistant coach Pierre Webo was shown a red card by referee Ovidiu Hategan of Romania at Parc des Princes. They said Coltescu had used a racial term to describe Webo, who is from Cameroon, before he was sent off.

The score was 0-0 when the incident took place about 15 minutes into the match. 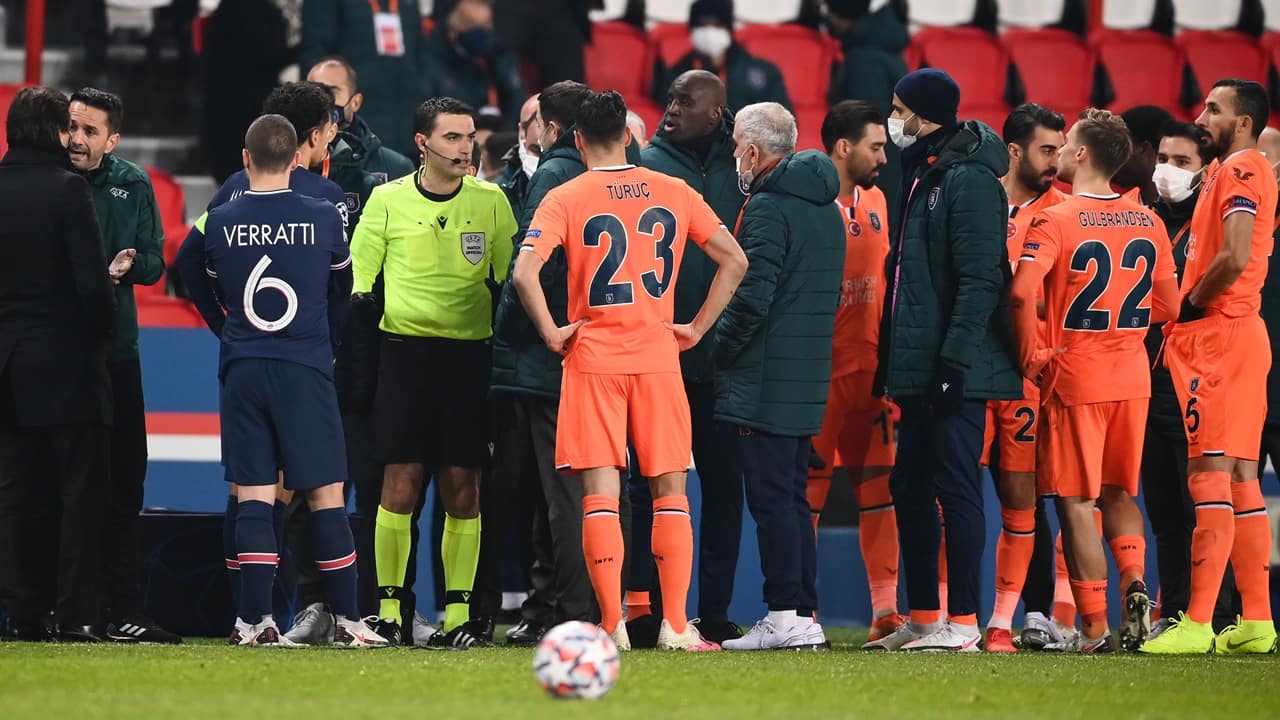 3 months ago
9:58
The Champions League game between Paris Saint-Germain and Istanbul Basaksehir was postponed until Wednesday when players walked off the field on Tuesday after alleging that fourth official Sebastian Coltescu of Romania used a racial term when identifying an assistant coach. 9:58

The Union of European Football Associations (UEFA) said the match would resume on Wednesday evening with new officials.

"Following an incident at tonight's UEFA Champions League match between Paris Saint-Germain FC and Istanbul Basaksehir FK, UEFA has — after discussion with both clubs — decided on an exceptional basis to have the remaining minutes of the match played tomorrow with a new team of match officials," the organization said in a statement late Tuesday.

"A thorough investigation on the incident that took place will be opened immediately," the statement said.

Television footage captured the exchange between the fourth official and the referee, with Coltescu telling Hategan that Webo should be reprimanded for his behaviour on the sidelines.

"Go and give it [the red card] to the Black one, this is not possible [tolerable], go and identify him, go verify, the Black one over there," Coltescu allegedly said in Romanian, about Webo.

In soccer, the fourth official is the title of one of the referees.

Webo was enraged and was heard to repeat at least six times "Why you say negro?" as he sought an explanation from Coltescu.

Moments later, Ba came off the bench and stood in front of Coltescu and said: "Why when you mention a Black guy, you have to say 'This Black guy?' "

During the interruption, Basaksehir posted a message on Twitter against a UEFA backdrop with the message "NO TO RACISM."

PSG retweeted the message and PSG defender Presnel Kimpembe, who was on the field during the game, also posted that message on his Twitter account.

Seven years ago, Hategan was in charge of a match between CSKA Moscow and Manchester City when City's Black players were racially abused.

Michel Platini, UEFA's president at the time, requested an internal inquiry involving the referee to examine why guidelines were not followed to respond to discrimination incidents during matches.

WATCH | How activism has increased among Black athletes: 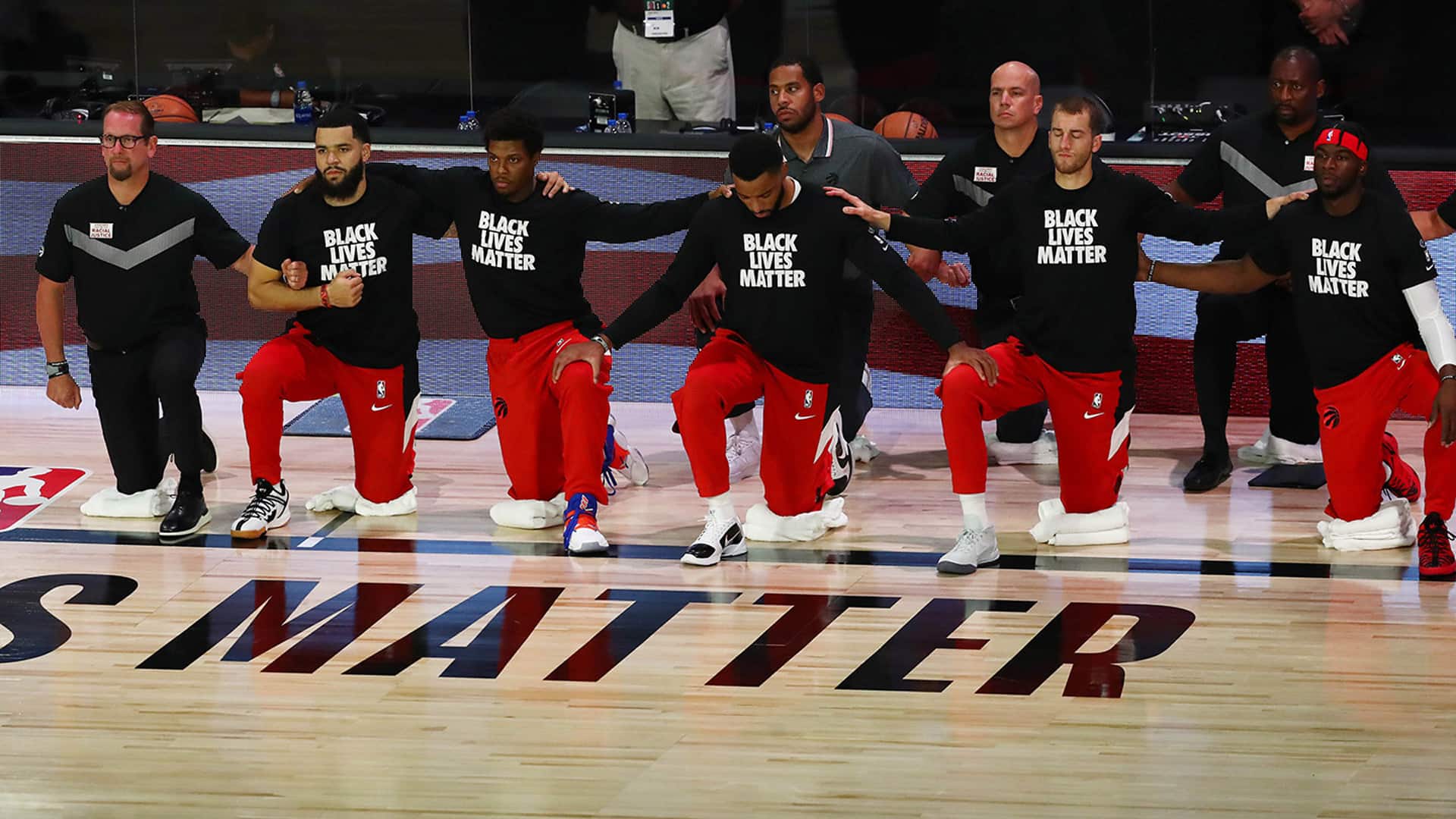 How pro athletes are using their platform to push for change

6 months ago
9:39
From the NBA to the NHL, our sports panellists look at the different responses from pro athletes in the wake of another police shooting of a Black man, in Wisconsin. Plus, the role fans need to play moving forward. 9:39
CBC's Journalistic Standards and Practices|About CBC Sports