There is only one name before Janine Beckie, Kadeisha Buchanan, Gabrielle Carle and the rest of the alphabetized Canadian women's soccer roster on the Canada Soccer website. Quinn. No first name. Just Quinn.

There is only one name before Janine Beckie, Kadeisha Buchanan, Gabrielle Carle and the rest of the alphabetized Canadian women's soccer roster on the Canada Soccer website.

Family, friends and teammates have long known it but now Quinn, formerly known as Rebecca Quinn, wants everyone to be aware after coming out as openly transgender.

Quinn said the decision to share — through a social media post earlier this month — came partially out of frustration at being portrayed "in society and social media and news ... without my true identity."

"It's really hurtful over time and I think it does take a toll on you," the 25-year-old, who no longer uses Rebecca, she or her and goes simply as Quinn or Quinny, said in an interview.

"I wanted to be my authentic self in all spheres of my life. And one of those is being in a public space. So that was one of the reasons behind it. Because I was tired of being misgendered and everything like that." 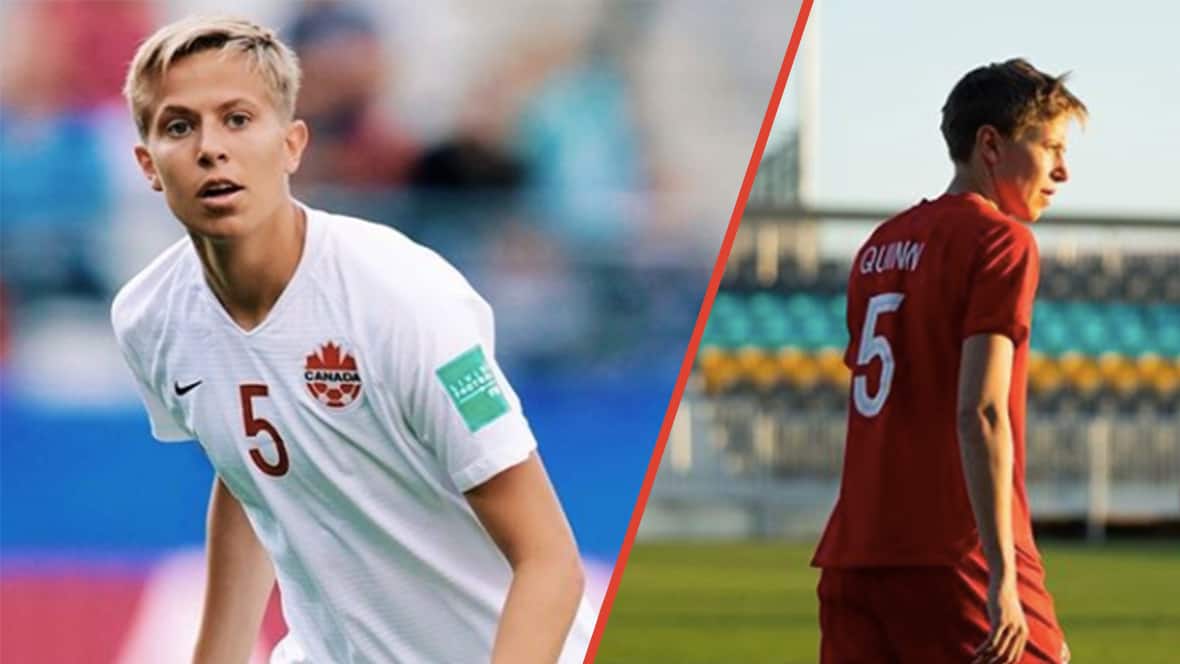 Quinn on coming out, and breaking binary barriers in sports

"Because unfortunately when I was growing up, and even going through that process of figuring out myself in college, I didn't have those people in the public sphere to look up to really.

"There are several trans athletes and there are amazing trans people in media and in politics but I just think those faces are not common enough. I want to be a visible trans person succeeding in my job so that younger trans folks could see that they did have an avenue to go and that they would have a future and career ahead of them."

Quinn also wanted to start a conversion on the topic, to show what people can do "to be better allies" to the trans community.

The post drew headlines from England's Daily Telegraph and Sun to People magazine and France's Paris-Match.

The world governing body of football issued its own statement.

"FIFA congratulates Rebecca Quinn for being out and proud, and we wish them continued success in their career and for the future," said FIFA, whose Gender Verification regulations cover 16 pages.

Quinn's post drew support from teammates and others. But there was also some negative feedback.

"Unfortunately I knew that was coming out, that there would be some backlash. It's sad to say but that's the reality of it," Quinn said. "That can be a little hard to digest but it hasn't been my first experience with it."

"I think I've faced my fair share of transphobia in my life," they added.

Success on the field

Quinn, who played college soccer at Duke, is the highest-drafted Canadian in NWSL history — taken third overall by the Washington Spirit in 2018.

Quinn has won 59 caps for Canada with five goals and three assists and was a member of the 2016 Olympic team that won bronze in Rio and the 2019 World Cup squad.

Quinn's scoring account for Canada opened with a bang in February 2016, recording a hat trick in a 10-0 win over Guatemala in the CONCACAF Olympic qualifying tournament. The goal spree came in a seven-minute span. 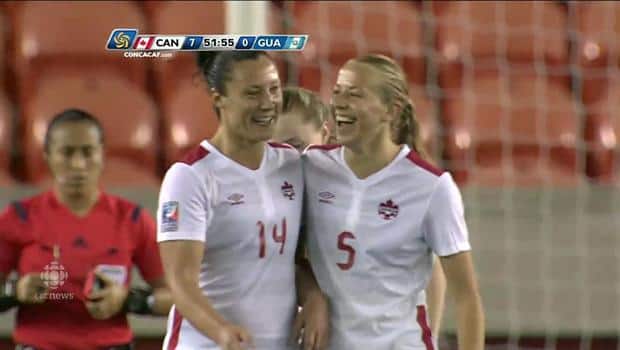 A holding midfielder/centre back, Quinn went on loan to Sweden's Vittsjo GIK in August from the NWSL's OL Reign. Quinn has also had a stint with Paris FC in France.

Quinn's new teammates have been "fantastic" and "super-inclusive."

"I think that's maybe a testament to the Swedish culture," said Quinn.

At Duke, Quinn helped organize their team's first Pride Game and served on the executive board of the school's Athlete Ally chapter. According to its mission statement, the organization "believes that everyone should have equal access, opportunity, and experience in sports — regardless of your sexual orientation, gender identity or gender expression."

"If I can make an impact in the LGBTQ community, then I'm doing something greater with my time in sports," Quinn said in an interview at the 2019 World Cup in France. "It's something that I think gives me value just beyond soccer within my athletic experience."

"But I think definitely if I'm looking back at a young age, there was me pushing back against that rigid gender binary and I continue to do that today."

"Obviously there was a learning curve, like I was saying for everyone," said Quinn. "We don't get taught this in our formal education or primary school or whatever else. Trans people unfortunately aren't woven into the fabric of our teaching.

"They've been such a testament to how people can learn and can change, just even in terms of using pronouns," Quinn added referencing their family. "My parents are 60 years old and they don't mess up."

Quinn is grateful that their sport is open to trans players, although there always is concern that regulations could change. Many trans players are being excluded in sports, they added.

Canada Soccer has been supportive and teammates "really amazing."

Quinn wants to show that there is a future for trans people.

"That's not to say it's not going to be difficult ... for people who are exploring their gender or think that they might be trans or non-binary. But yeah, that they should be hopeful for their future. And that it will get easier, for sure.

"And that hopefully we continue to move the needle forward in creating a space and that future generations will be more inclusive. And it will be easier to operate in society as a trans person, a gender-expansive person."

Quinn is living proof, having experienced the good and bad.

"I continue to face transphobia every single day that I operate in this world. I think I'm just really proud of myself that I've been able to do this. And I've been able to grow that shell. I'm really happy that I'm living authentically in my life. I think it's really beautiful."