Wolfpack claw back to beat Rochdale Hornets in dying minutes

Brierley's kick at the 73-minute mark gave Toronto its first lead in the game. Following Brierley's kick, Rochdale (1-4-0) was unsuccessful on a drop goal attempt at the 78-minute mark and long penalty two minutes later. 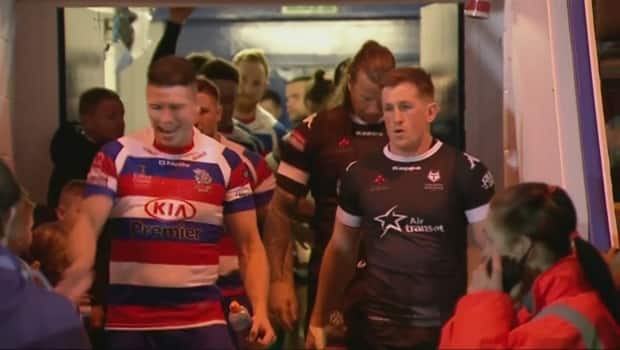 Toronto Wolfpack come from behind to best Rochdale Hornets

3 years ago
2:47
The Toronto Wolfpack had to claw their way back into the picture after falling behind early, but managed to pull off the 18-17 victory over Rochdale. 2:47

Toronto rallied from a 16-6 second-half deficit, pulling even 16-16 on Maitua's try at the 65-minute mark as the conversion was unsuccessful. The Hornets went ahead 17-16 with a drop goal four minutes later.

That set up Brierley's game-winning penalty.