Former Canadian rugby sevens captain Jen Kish is sharing her struggles with mental health so that others can feel they're not alone in their battles.

Jen Kish, former captain of Canada's rugby sevens team, is sharing her diagnosis of bipolar disorder so that others know they aren't alone in their battles.

"I just want to let people know that I struggle too," she said. "You can still be successful with whatever you have ... get the support you need or surround yourself with people who can give you the courage to reach out."

The rugby star, who retired in 2018 after a stunning career that included a bronze medal at the 2016 Olympics in Rio, posted about her diagnosis on social media.

Kish revealed her long history of concussions — the majority of which she played through since they went undiagnosed, with people attributing many to "just getting your bell rung" — and health concerns, including memory loss, migraines, mood swings and suicidal ideation.

"I've been struggling with it for a really long time and not really knowing why until now," she said.

Comments on her announcement show love and support for the athlete, along with messages of people sharing their own stories.

Kish chose to post on World Suicide Prevention Day, which happens every September 10 in the efforts to raise awareness that suicide can be prevented, because it's something she battles with despite loving her life.

Opening herself up to strangers who could hide behind digital screens was a scary decision. But Kish said her desire to use her story to help people ultimately triumphed.

"It was worth putting myself out there even a bit [if I could] help even a few people feel like they're not alone." 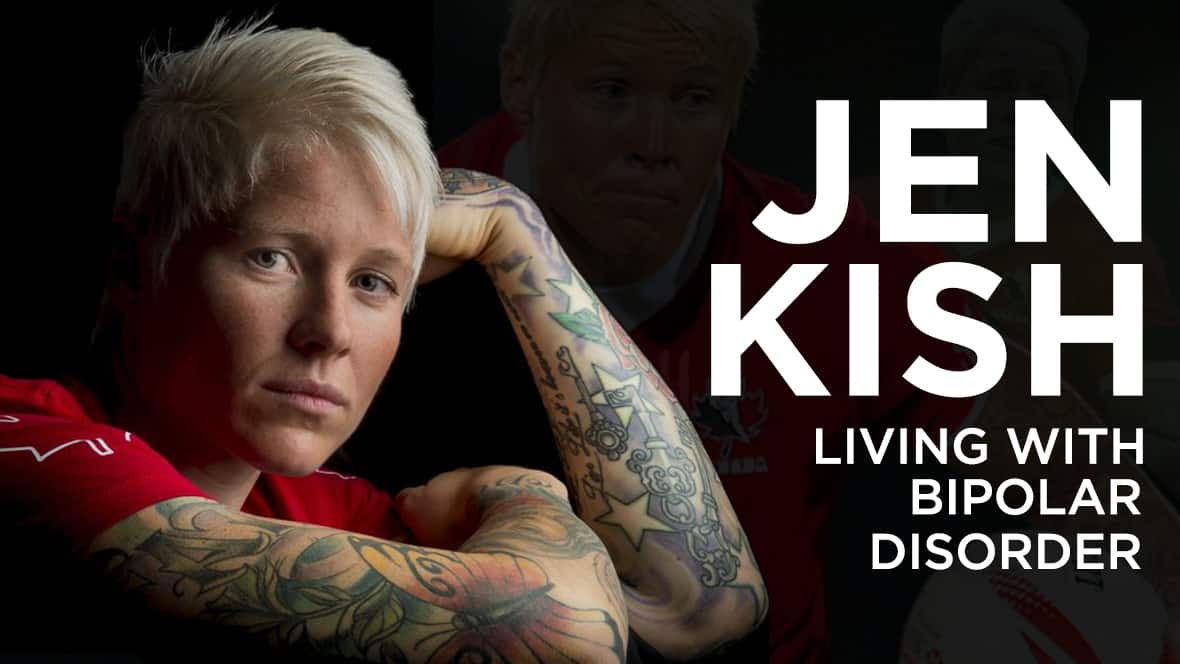 16 days ago
5:41
Olympic bronze medallist and former Rugby 7s team captain Jen Kish speaks openly and honestly with CBC Sports about her experience with mental health, and how she wants to change the stigma. 5:41

For years, Kish said, those in her life – including sports professionals – neglected to acknowledge her struggle with mood changes. Instead they blamed exterior factors, saying she was just stressed, lacked coping skills, or needed to sleep or eat.

There's nothing worse, she said, than being told "you're fine" and nothing changing.

"When people look at me, they see this really strong, powerful, leader-type person that has it all put together really well," she said, noting that things like social media can mean only "the good parts" of one's life are shown to the world.

Her symptoms worsened, and her ability to mask them increased. Kish said she became wracked with guilt and confusion about why she was pushing people away.

With an earlier-than-anticipated retirement due to injury, the rugby star known for her fire and drive felt abandoned.

Just because you have a mental illness, it doesn't mean you're broken.- Jen Kish, Olympic bronze medallist

It was her partner who pushed her to get the help she needed, and enrolling in a concussion program put her down the path to diagnosis.

"I remember the moment that they said it, and I was relieved," she said, adding that shock soon followed with the understanding that this will be a life-long journey to minimize her symptoms.

Along with osteoarthritis throughout her body and a degenerative disc in her neck, she says each day is a mental and physical battle.

And while Kish can't know if her diagnosis is strictly from concussions, she knows it has "played a role."

The mentality of sacrificing anything, she said, is frightening. That's why she's encouraging younger athletes not to push through injuries, and to focus that "go-getter attitude" on recovery.

"You've got to take care of your body. You only have one body," she said.

The Edmonton native was also one of the first Canadian athletes to pledge her brain for research to the Canadian Concussion Centre after her death.

Kish said she has reached out to Rugby Canada, which said it would help provide her a neural assessment.

'You are worth every breath you take'

Her message to those feeling "unworthy" is that life can be joyful, and mental illness is not who you are — it's just something you're dealing with.

"Just because you have a mental illness, it doesn't mean that you're broken. It just means that you have a bigger hill to climb in life," she said.

"You are worth every breath you take."

She encourages people to stay empathetic to themselves and to actively listen and reach out to others.

Resources for mental health across Canada are listed on the government website.

WATCH | Jen Kish aims to inspire others through personal training: 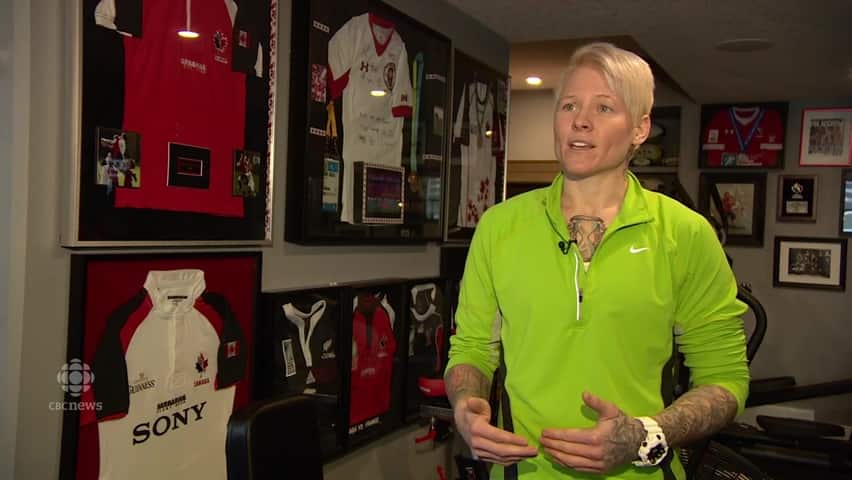 2 years ago
3:03
Former Olympian Jen Kish went from the rugby pitch to the gym, training others who are trying to lead a new lifestyle. 3:03

Christine Rankin is a reporter/editor with CBC News, and an associate producer at CBC Sports. You can find her on twitter at @ChrisRankinNews, or send her a message at christine.rankin@cbc.ca.