Canada's Jason Roberts won a bronze medal in the men's discus throw on the final day of competition at the IPC world championships in Doha on Saturday. 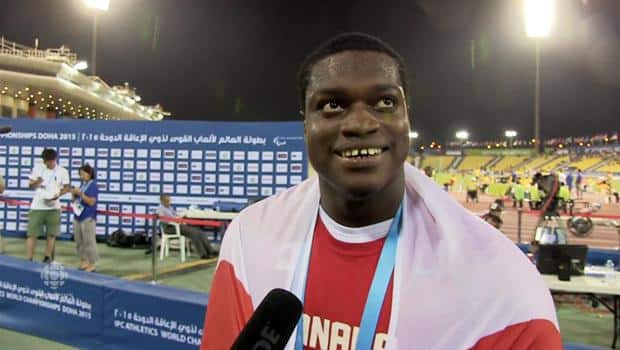 Canada's Jason Roberts captured a bronze medal in the men's discus throw on the final day of competition at the IPC world championships on Saturday in Doha.

The 19-year-old, who won a gold medal at the 2015 Toronto Parapan Am Games in shot put, threw a personal best of 31.98 metres, finishing behind Colombia's Mauricio Valencia and China's Yanzhang Wang, who won the silver and gold, respectively.

Roberts, who resides in Toronto, finished sixth in the shot put at the IPC worlds, while placing seventh in the javelin throw.