Women's hockey has made giant strides since its first documented game almost 100 years ago. It's now part of the Olympic games, there are two professional leagues and women are competing against men. Despite all these accomplishments, there is still plenty of room for growth.

Taking a look at the advancements in women's hockey

It has been 110 years since the first official International Women's Day. Eighteen years later, the first documented all-women's hockey game took place. Women's hockey has seen some remarkable growth since that first game.

Manon Rheaume became the first woman to compete in an NHL exhibition game, playing in goal for the Tampa Bay Lightning in 1992.

In 1998 women's hockey made its Olympic debut in Nagano as the United States defeated Canada for gold.

Despite all of these advancements, there is still plenty of room to grow.

WATCH | The growth of women's hockey over the years: 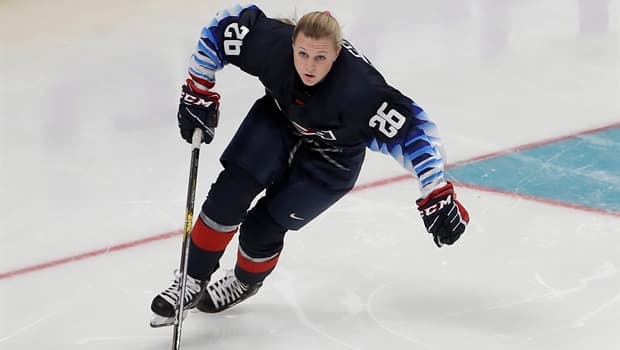 2 years ago
1:13
This week's episode focuses on the growth of women's hockey throughout the years, and where it's headed in the future. 1:13

In this episode of the Hockey Night In Canada podcast, we celebrate women's hockey. All of our guests this week have left a significant mark on the game.

Margot Page has done it all: played, coached, mentored and is still a huge part of the hockey community. She is also an important piece of the women's hockey historical puzzle.

Natalie Spooner is a world and Olympic champion and is a current member of the Toronto Furies.

At this year's NHL All-Star Game weekend, Kendall Coyne Schofield made history by becoming the first woman ever to compete in the NHL All-Star skills competition. She joins host Rob Pizzo to discuss the weekend and how her life has changed since then.

And on this week's edition of Ice Level with Sophia Jurksztowicz, we revisit a piece she did on a previous show where she spoke to trailblazer Manon Rheaume.