Hockey Night in Canada podcast: Hockey books for the holidays

In this week's episode of the Hockey Night in Canada podcast, we talk to actor and Habs superfan Jay Baruchel and broadcaster Ken Reid about the perfect stocking stuffers for hockey fans.

The focus of this week's Hockey Night In Canada podcast is hockey books! Hockey books are part of most fans lives and with Christmas just around the corner, they make for the perfect stocking stuffer. It's the time of giving and we wanted to help you out with ideas for anyone on your list.

Actor and comedian Jay Baruchel is a die-hard Canadiens fan. Pizzo had the chance to chat with Baruchel about his new book Born Into It: A Fan's Life, in which Baruchel opens up about his love affair with the Habs and his relationship with his father. And how they have both helped mould and shape the person he is today.

Pizzo also chats with Sportsnet broadcaster Ken Reid about his second book on hockey cards — Hockey Card Stories 2. If you love hockey cards — you will really enjoy this conversation.

WATCH: Jay Baruchel talks about how Habs fans should look ahead, not behind: 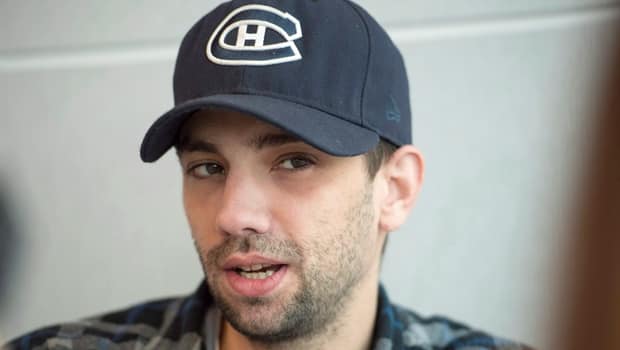 2 years agoVideo
0:53
On this week's show, Baruchel talks about his new book and the life of a die-hard Habs fan. 0:53

Ice Level reporter Sophia Jurksztowicz chats with TSN broadcaster James Duthie, whose written three books in his career, including one on legendary coach and Hockey Hall of Famer Brian Kilrea.