Hockey Night in Canada podcast: A conversation with the commissioner

Gary Bettman joins host Rob Pizzo to discuss everything hockey. From the playoffs, to rule changes, to the NHL's involvment in the Olympics. It's a look back at the NHL season and a sneak peek of what lies ahead as the commissioner joins the Hockey Night In Canada podcast.

He may not win a popularity contest, but NHL commissioner Gary Bettman's impact on the game cannot be questioned.

He has taken a relatively small league and turned it into a $5 billion US industry. He has watched the footprint of the game grow in the United States and the league has added eight new teams under his tenure.

But it hasn't been all roses. There have been three work stoppages — including the loss of an entire season. The stoppages haven't made him the most popular commissioner.

Gary Bettman on the "controversial" calls in the playoffs: 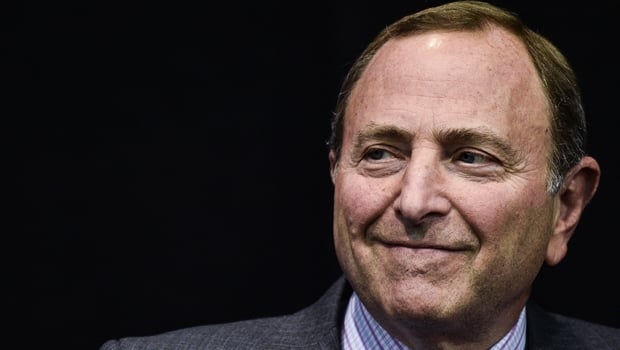 Hockey Night in Canada podcast: Gary Bettman on the "controversial" calls in the playoffs

2 years ago
1:21
This week's episode features the NHL commissioner talking about the top stories of the year. 1:21

On this season's final episode of the Hockey Night In Canada podcast, host Rob Pizzo chats with the commish about everything hockey. From the playoffs, to rule changes, to the Olympics.

It's commissioner day on the Hockey Night In Canada podcast.

The St. Louis Blues got the ending they wanted as they beat the Boston Bruins 4-1 in Game 7 to capture their first-ever Stanley Cup. It truly was a Cinderella story considering on Jan. 3 the club was dead last in the NHL standings

Phil Pritchard has spent more than 20 years as the caretaker of the Stanley Cup and shares some interesting stories about hockey's holy grail.

The Boston Bruins will face off against the St. Louis Blues in a rematch of the 1970 Stanley Cup final. But how they got here couldn't be more different. We set up the 2019 championship final.

Anya Battaglino and Sarah Nurse join the podcast to discuss the recent developments surrounding women's professional hockey in North America and the repercussions for the players involved.