Hockey Night in Canada podcast: The art of chirping

In this week’s episode of the Hockey Night In Canada podcast, we discuss chirping in hockey. The good, the bad and the ugly of it.

In this week's episode of the Hockey Night In Canada podcast we talk chirping. The good, the bad and the ugly of it. Some people call it trash-talking or smack talk. Call it what you will, but it has been a big part of the game for a long time.

If there was a Mount Rushmore of "chirping," Matthew Barnaby would be all four faces.

He was one of the all-time great trash-talkers and agitators of the game. The former NHLer talks candidly about his days of chirping, which included getting under the skin of Hall of Famer Eric Lindros.

WATCH | Matthew Barnaby: "I said some nasty things to people about their wives and their girlfriends" 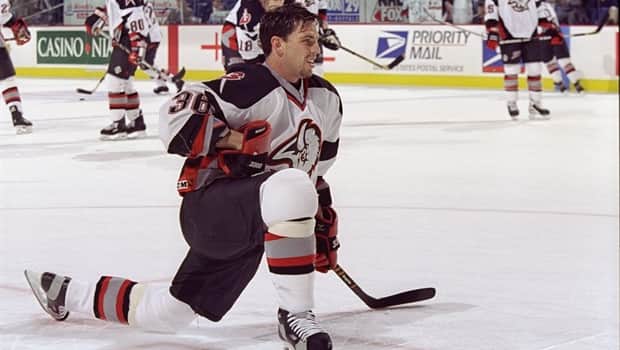 Hockey Night in Canada podcast: Matthew Barnaby on the art of chirping

Ice Level reporter Sophia Jurksztowicz has a conversation with another great chirper — former Maple Leafs forward Darcy Tucker. Tucker opens up about a time when he crossed the line with a player.