Drop on in and become a para snowboard instant expert

Here's everything you need to know to instantly become a para snowboard expert as Canada competes at the Paralympic Games in Pyeongchang, South Korea.

A quick guide to the newest Paralympic sport

Para snowboard was introduced at the Sochi Paralympics in 2014 as part of the alpine events, but will expand at the Winter Games to include more disciplines and medal opportunities.

Here's everything you need to know to instantly become a para snowboard expert as Canada competes at the Paralympics in Pyeongchang, South Korea:

How the events work

Men's and women's snowboard cross was contested in Sochi, while banked slalom will debut in Pyeongchang.

Like its Olympic counterpart, competitors in snowboard cross must navigate their way through a course filled with features like banks, rollers and jumps. Athletes get up to three-timed qualifying runs to determine their seeding; those runs only have one rider on the course, whereas the finals are head-to-head races.

Banked slalom combines the technical aspects of a ski slalom course with the addition of banked turns to create a unique and challenging layout for the competitors. Riders get three runs to post their fastest times, with the best results selected for the final medal standings.

There are 10 medal events at the Games in Pyeongchang (six men's events and four women's). John Leslie was Canada's top finisher in Sochi, placing seventh in the snowboard cross event. 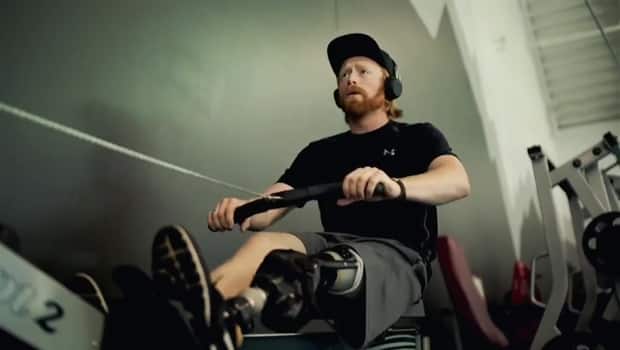 4 years ago
3:08
Leslie has met every challenge head on after losing his leg below the knee. 3:08

Michelle Salt also competed at the 2014 Games, finishing ninth in the women's event. She enters these Paralympics with plenty of momentum after placing third in the overall World Cup standings for banked slalom in her classification.

Curt Minard, who's making his Paralympic debut, finished second overall in the World Cup snowboard cross standings for his classification, while Alex Massie has strong world championship and X Games results on his resume.

Here are the seven members of Canada's Paralympic snowboard team: