Missed the opening ceremony for the 2016 Rio Paralympic Games? Catch up with our live blog. With a flourish of red and white, flag-bearer David Eng led Canadian athletes into the opening ceremony of the Paralympic Games in Rio de Janeiro.

"This is a moment I will cherish forever," Eng told The Canadian Press. "I'm feeling so blessed. It was an even greater feeling to have my wheelchair basketball teammates enter the stadium right behind me and to share this precious moment with them. I love them so much."

Like their Olympic counterparts that marched into Maracana a month ago, the Canadians were dressed smartly in red blazers, the backs emblazoned with giant Maple Leafs. The team received loud applause from the Brazilian fans.

Here is our running description of tonight's opening ceremony:

9:00 p.m. ET: And with that, the 2016 Rio Paralympics are officially underway. Thank you for following along! 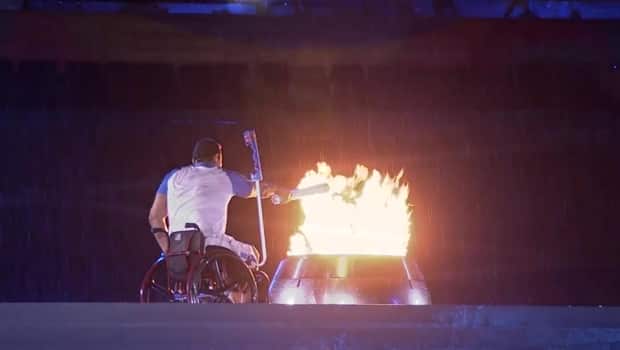 4 years agoVideo
2:07
6-time Paralympic gold medalist Brazilian swimmer Clodoaldo Silva got to light up the Cauldron at the 2016 Paralympic Games. 2:07

8:40 p.m. ET: Brazil's Antonio Delfino carries the Paralympic torch into the Maracana. He then passes it off to Marcia Malsar, who slips on the rain-slicked floor but is able to get back up and continue. Adria Rocha then takes over, ultimately handing it to Clodoaldo Silva to light the cauldron.

8:25 p.m. ET: The International Paralympic Committee flag is being brought in by a group of young athletes and their family members. The flag-bearers, many of whom were featured in a video on the support networks for athletes with disabilities, receive a standing ovation.

8:05 p.m. ET: Sir Philip Craven's speech highlights the two refugee competitors competing at the Games. This leads to the loudest ovation of the night so far.

"At a Games full of inspiring stories, yours may be the most inspiring of all," says Craven, president of the International Paralympic Committee. The team consists of Ibrahim Al Hussein, a Syrian-born swimmer, and Iranian discus thrower Shahrad Nasajpour.

7:50 p.m. ET: The last piece of the puzzle is added to form a heart, tying into the "Every Body Has A Heart" theme of the ceremony. This message is echoed in the speech of Rio organizing committee chief Carlos Arthur Nuzman. 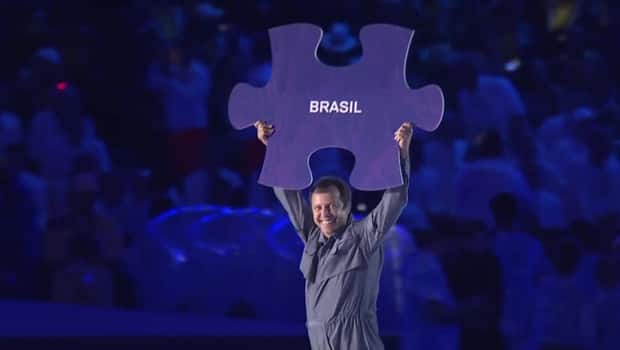 Brazil completes the puzzle at the Paralympics opening ceremony

7:40 p.m. ET: The Brazilian contingent enters to a roar of applause from the home crowd and a blast of samba inside the iconic stadium.

6:45 p.m. ET: Enjoying the opening ceremony? CBC went behind the scenes earlier to get an inside look at the production. 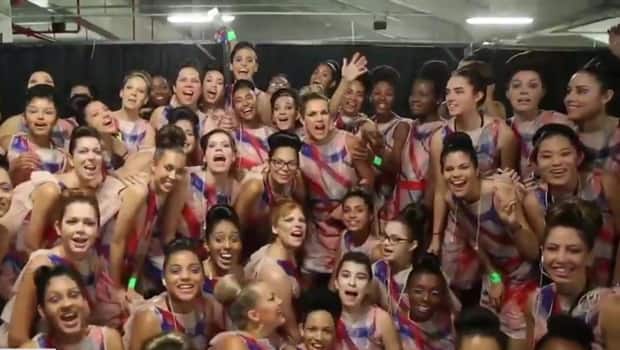 A peek into the Paralympic Games opening ceremony

6:30 p.m. ET: As each country enters, puzzle pieces featuring that contingent's athletes are placed in the centre of the stadium.

5:45 p.m. ET: The parade of nations is underway, with countries entering the stadium in alphabetical order in Portuguese. For example, Germany (Alemanha in Portuguese) is one of the first countries announced.

5:35 p.m. ET:  As Brazil's flag is raised, acclaimed pianist and conductor Joao Carlos Martins performs his country's national anthem on a grand piano to the delight of the crowd.

5:20 p.m. ET: Craven starts the countdown, but it is Aaron (Wheelz) Fotheringham who truly ignites the crowd with an incredible acrobatic display to open the ceremony at the Maracana Stadium.

Canada has 162 athletes in Brazil and is aiming for a Top 16 finish in the medal standings. There are 160 countries competing at the Games.

Competition begins on Thursday and runs through Sept. 18.