2-time Paralympian, 3-time medallist was 1st to perform back flip on sit ski

The Canadian Paralympic Hall of Famer from Kimberley, B.C., competed at two Games, winning gold in super combined alpine skiing and silver in downhill in 2014 after also taking silver in sitting slalom in 2010. The 39-year-old served as the closing ceremony flag-bearer in Sochi.

"When I got the call with the news that I was named to lead the Canadian Paralympic Team my mind started to dance with possibility," Dueck said. "To be a champion for sport, friend and mentor to the athletes and part of the support team for Canada at the Paralympic Games is an incredible privilege. There is a great sense of honour and duty that comes with this storied role, and I look forward to learning from our history and building on this legacy with our teams."

Dueck, who lives in Vernon, B.C., was injured in a ski accident just six years before his Paralympic debut. The first person to successfully perform a back flip on a sit ski, Dueck now works as a peer mentor and motivational speaker as well as leading Freestyle BC.

Dueck worked with CBC Sports as a broadcaster for the 2018 Paralympics. The 2022 Games are scheduled to run Mar. 4-13 from Beijing, with Canada planning to participate in all five sports. 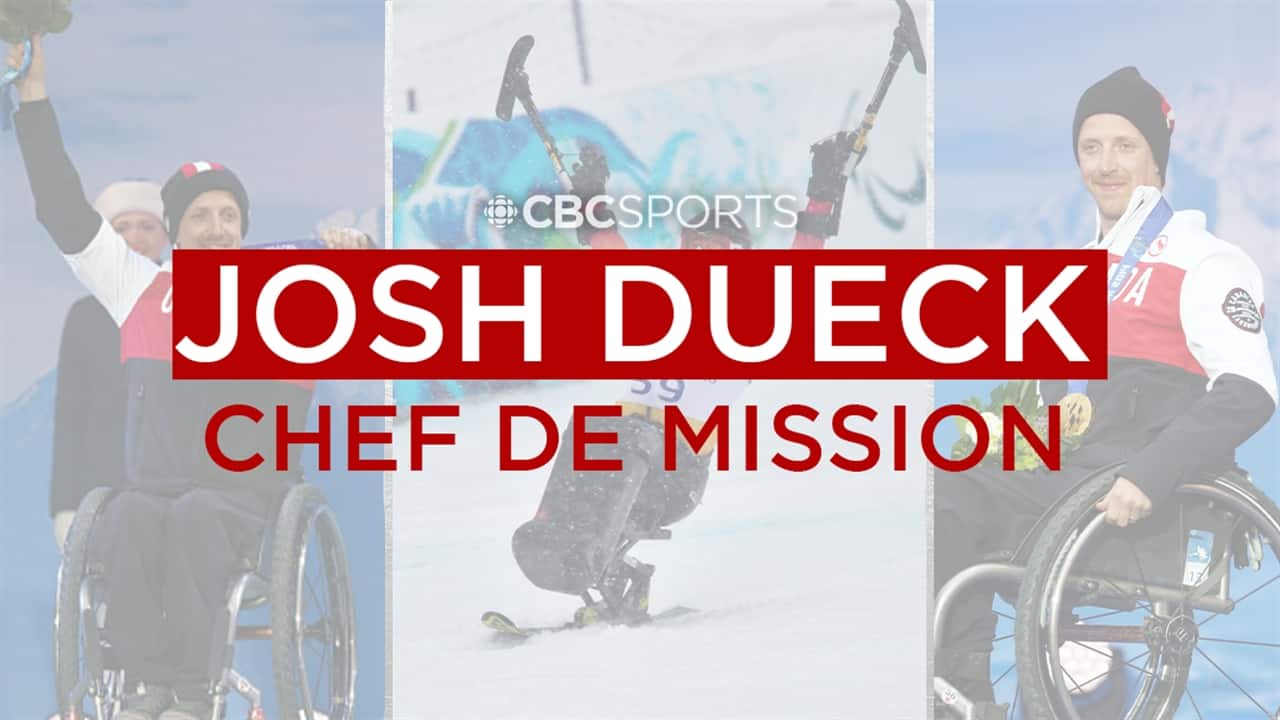 2 months agoVideo
5:31
Paralympic champion Josh Dueck has been named the chef de mission for the 2022 Paralympic games. Josh speaks with Scott Russell about his new role, and what he hopes to bring to the table. 5:31

"He is the epitome of strong athlete leadership and will bring so much positive energy, thoughtful introspection, fresh ideas, and valuable support to the team. He is incredibly well respected within the sport community, has been a longtime passionate advocate for Paralympic sport and brings in many different experiences and perspectives from his many roles in sport," Fabien said.

As chef de mission, Dueck is tasked with promoting Team Canada, guiding its athletes in Beijing and fostering a positive environment.

"The story of every athlete is filled with hope, opportunity, challenge and often uncertainty. Athletes are trained to embrace challenge, let go of the things they cannot control, and to persevere through even the most difficult situations, in an effort to be a little better today than we were yesterday," Dueck said.

"In the world today, we need more beacons of hope that remind us we can rise above the challenges we face. My goal is to help share these stories of hope."