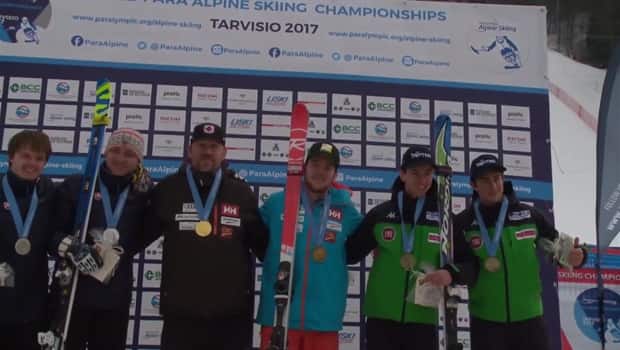 The medals continue to roll in for Canadian para-alpine skier Mac Marcoux.

"I'm super stoked on today," Marcoux said in a release. "It was such a good day and a super fun course. It was nice and fast for super-G and pretty straight."

Marcoux, who changed guides prior to the season to work with Leitch, was thrilled with the team's performance.

"I want to give a huge shout out to Jack for his dedication and perseverance as my guide," he explained. "I'm so pumped to have him on my team."

"Today was another good day," Ramsay said in the release. "I really felt the need for speed today. I'm really looking forward to the super combined on Saturday and the technical races to come afterwards."

Toronto's Erin Latimer also skied to a top-10 finish in the women's standing category, crossing the line in eighth.

Calgary native Kurt Oatway has not raced over the last two days in the sitting category after he broke his left arm in a crash during the second day of downhill training. Oatway will miss the remainder of the season.

The world championships will resume on Saturday with the super-combined event.