Entering the match, both teams were undefeated, having gone 2-0 in their respective opening matches.

Ukraine, however, were seen as slight favourites based on their No. 4 international ranking, one spot ahead of Canada. Nevertheless, the Canadians fed off their vociferous home crowd en route to a 3-0 (25-23, 25-20, 25-21) sweep over the visitors.

"There were definitely some momentum swings and it was really good see our team use tactics in those moments, and go on some runs when it was really needed; I'm proud of them," said Canada's coach, Nicole Ban.

"We found a way to play some of our best volleyball with a loud crowd and under a lot of pressure. They are feeling confident and with that comes a lot of pressure because now we know we can do it, and we have to be able to continue to build on that and find our next level.

"I think we were really confident on the scramble plays today; the European style is to put the ball back over quite quick and today we slowed that down, and we were able to play our system. And we were really strong on our service ball."

Canada began the five team, round-robin tournament with a 3-0 victory over Slovenia, followed by a 3-1 win over Germany.

Action resumes on Friday, with playoff rankings still on the line heading into the evening's semifinals.

CBCsports.ca will be streaming every game, including Canada's final round-robin matchup against Finland on Friday at 12 p.m. ET. Semifinal action starts at 5 p.m. and 7 p.m. on Friday, while the medal matches will take place on Saturday. 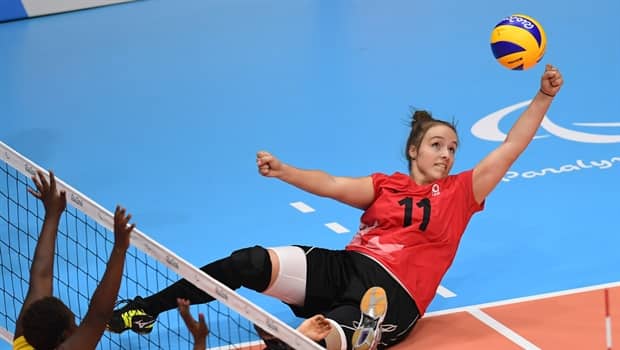 With files from Volleyball Canada