The 2019 Para Pan Am bronze medallists are among five countries in Halifax vying for one spot at the Summer Games in August.

"We're excited to be in Canada and even more excited to be on the East Coast," Ban, in her fifth year as head coach of the national team, told the Chronicle Herald in Halifax this week.

"Most of our athletes haven't travelled there. We have a lot of friends and family coming so it's very exciting."

The Canadians, ranked fifth in the world, host Slovenia in Wednesday's tournament opener at 10 a.m. ET that will be streamed live on CBCSports.ca from Canada Games Centre.

Canada will play its second match at 7 p.m. against Germany before completing the preliminary round against Ukraine (Thursday at 5 p.m.) and Finland (Friday at 12 p.m.). The two semifinals are scheduled for Friday at 5 p.m. and 7 p.m., respectively, followed by Saturday's medal games — bronze at 12 p.m. and gold at 2 p.m.

Sitting volleyball uses the same bump, set and spike format as the Olympic game but with a smaller court and lower net. 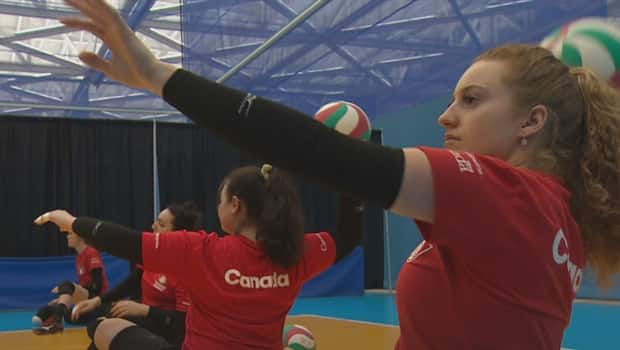 Fourth-ranked Ukraine could pose a formidable challenge to the Canadians, who won bronze at the 2015 ParaPan Am Games in Toronto and lost in the quarter-finals the following summer at the Rio Olympics.

"Ukraine has gone to the Paralympics every time [since 2004]," Ban told the Chronicle Herald. "They are a big and strong team. It's going to come down to execution and compete [level]."