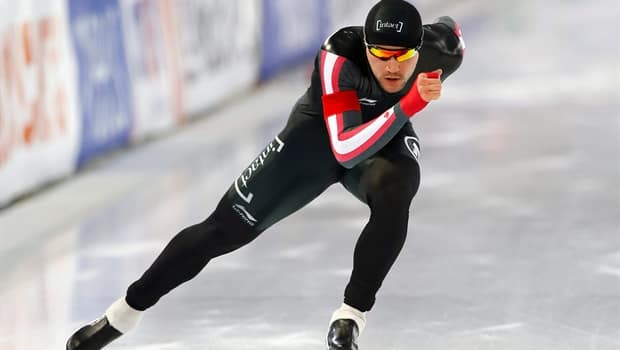 4 years agoVideo
1:50
The Canadian finished second overall on Saturday at the ISU World Single Distances Speed Skating Championships in Gangneung , Korea, with a time of 1:08.54. 1:50

The duo also snapped Canada's medal drought at the event on Saturday, which is being held on the 2018 Olympic track in Pyeongchang.

"I never thought about what it would feel like to be pre-qualified for the Olympics," De Haitre, who won his medal in the men's 1,000-metre event, said. "But I can say that it's definitely, now that you mention it, it feels pretty good."

The Canadian was 0.28 seconds back of winner Kjeld Nuis of the Netherlands, who posted the golden time of one minute, 08.26 seconds. Another Dutch racer, Kai Verbij, was third in 1:08.78.

De Haitre and Blondin still require performance confirmations during the next season's World Cups to ensure their full qualification, according to Speed Skating Canada.

"It's a great feeling to finally put in the effort and show how fierce I can be on the ice and finally come home with a medal," Blondin said after her 5,000 bronze.

Martina Sablikova of the Czech Republic won gold in 6:52.38. Sabilikova finished 1.55 ahead of Germany's Claudia Pechstein and 4.76 in front of Blondin. 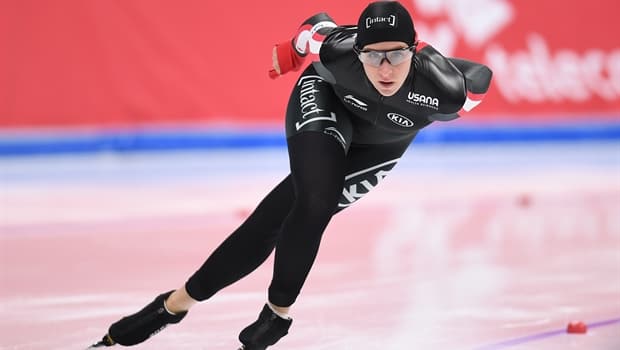 4 years agoVideo
7:50
The Ottawa, Ontario, native finished third overall on Saturday at the ISU World Single Distances Championships in Gangneung , Korea with a time of 6:57.14. 7:50

The Dutchman, who also won gold in the 5,000 at Sochi, clocked 12:38.89 seconds to finish 5.06 seconds ahead of compatriot Jorrit Bergsma. Patrick Beckert of Germany was third in 12:52.76 while Canada's Ted-Jan Bloemen finished just off the podium in fourth. 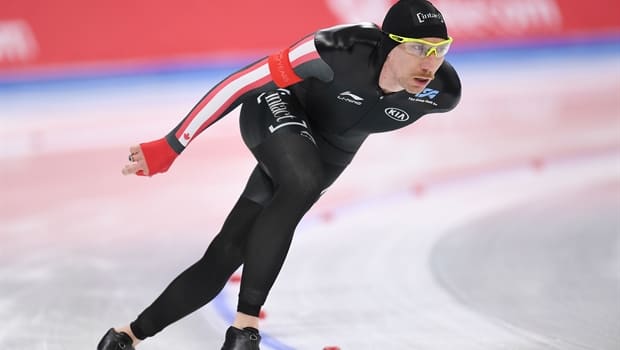 4 years agoVideo
14:07
The Canadian finished fourth overall on Saturday at the ISU World Single Distances Speed Skating Championships in Gangneung , Korea, with a time of 12:54.63. 14:07

With files from CBC Sports and The Associated Press