Canada's Graeme Fish became a world champion in style on Friday. The 22-year-old Moose Jaw, Sask., native broke the world record in the men's 10,000 metres with a time of 12 minutes 33.868 seconds at the single distance championships.

The 22-year-old Moose Jaw, Sask., native broke the world record in the men's 10,000 metres with a time of 12 minutes 33.868 seconds at the single distance championships in Salt Lake City, Utah.

Calgary's Bloemen was the previous world-record holder at 12:36.30, also set in Salt Lake City during a 2015 World Cup meet. 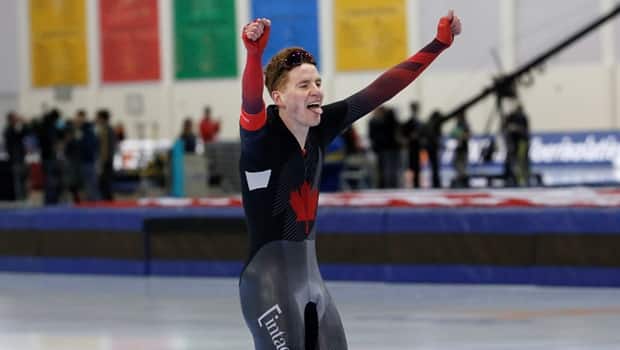 "I really wasn't focused on getting the world record," Fish said. "I just knew I needed to do this time or that time. I just kept going with the flow. Once I got comfortable, it kind of just went well for me."

Germany's Patrick Beckert took bronze after clocking in at 12:47.934.

The win was the first of Fish's career in the distance after making his A-final debut at the December World Cup in Kazakhstan, where he won bronze. 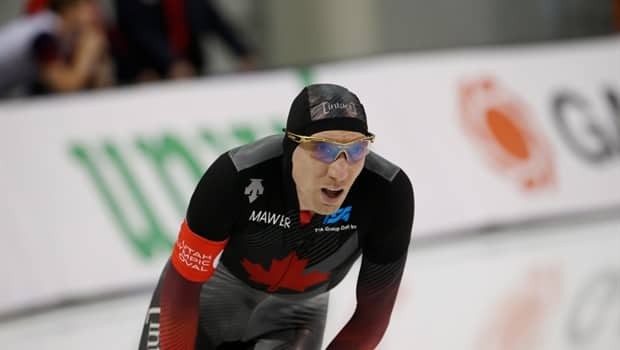 Fish became the first man from outside the Netherlands to win gold in the 10,000 at the world single distance championships. This year is the 20th time the event has been held.

Fish also brought home bronze in the 5,000 on Thursday, where Bloemen won gold.

"This gold medal means a little bit more to me than the world record," Fish said. "It could have been done numerous times before I did it. We never really get to skate here for a 10K. It's awesome. I can't believe it."

Later, Ottawa's Ivanie Blondin and Isabelle Weidemann and Valerie Maltais of Saguenay, Que., won bronze for Canada in the women's team pursuit. Japan was first and the Netherlands was second. 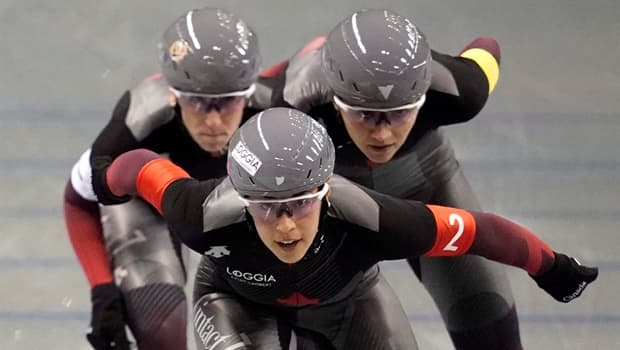 1 year ago
4:07
Ivanie Blondin, Valerie Maltais and Isabelle Weidemann posted a national record time of 2:53.628 to win bronze in the women's team pursuit at the ISU World Single Distance Championships. 4:07 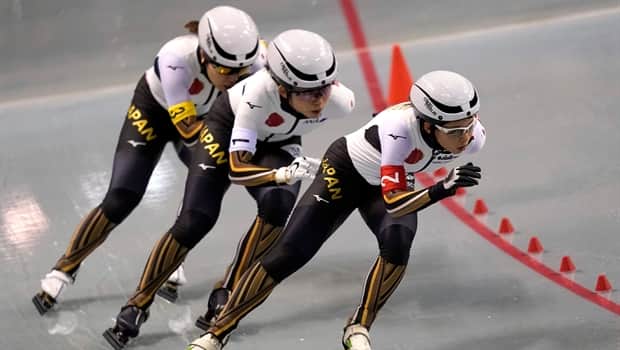 The event runs through Sunday.