Canada's Max Parrot cancer-free, back on top of podium in big air

Max Parrot stood on the platform overlooking the X Games big air ramp in Norway and let his gaze linger a little longer than usual.

Then he dropped down for his first of three jumps, closing a "nightmare" chapter of his life in the process.

Parrot, of Bromont, Que., won the snowboard big air gold medal at X Games Oslo on Saturday in his first competition since being declared cancer-free two months ago.

The 2018 Olympic silver medallist in slopestyle — and now six-time X Games champion — was diagnosed in December with Hodgkin lymphoma, a cancer which affects white blood cells in the lymphatic system. 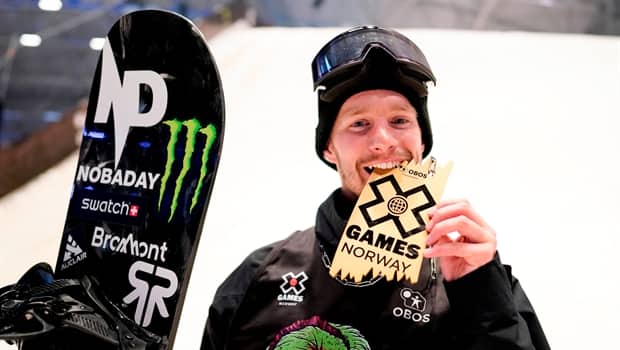 "I was thinking a couple minutes before [the first jump] about everything that I had been through and it felt so good to be out there on top of that ramp," Parrot said from Oslo in a phone interview with The Canadian Press. "There's a really nice view and I was just enjoying it as much as I could. … And I think appreciating the moment helped me land my runs.

"It means so much [to win] because these past couple of months I was living a nightmare. When I heard there would be X Games in Norway it became a light in that nightmare. And here I was today, riding on my board. I came out with the gold medal, so I'm living a dream today."

The 25-year-old from Bromont, Que., threw down three big jumps in each of his runs in Saturday's final, scoring a combined 91 points on his two best runs in Norway.

Parrot scored a 47 on his first jump, a cab triple cork 1620, and 44 on the frontside triple cork he landed on his second run. 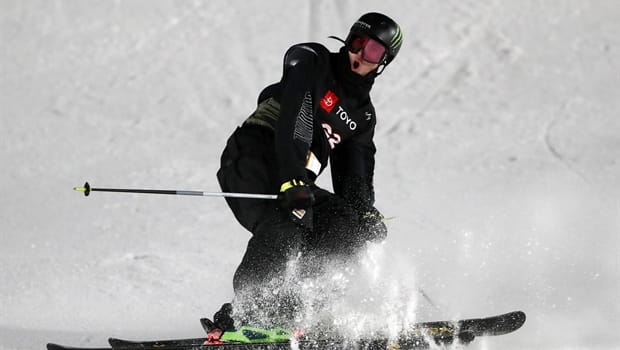 Sven Thorgren of Sweden was second with 88.33 points and Japan's Yuki Kadono took bronze with a score of 84.66.

Regina's Mark McMorris, who has 17 X Games medals, placed fifth in the six-man final. A podium finish would have tied McMorris with American Shaun White's X Games medal record of 18.

Laurie Blouin of Stoneham, Que., finished just off the podium in fourth place in the women's event.

Parrot last competed Nov. 24, 2018, when he placed eighth at a big air World Cup in Beijing. He'd noticed a bump on his neck and consulted a doctor upon his return to Canada.

Parrot underwent his 12th and final round of chemotherapy in mid-June and was back to training two weeks later, going hard for six days a week.

"I've never trained that hard in my entire career," Parrot said. "Having two months to train after going through chemo is pretty insane and I did the best I could. Even today, I'm still not 100 per cent, I still have trouble with my recovery time, but it's getting there. It really means a lot to me to win today because it means I have worked for something.

"And it's also helping me turn the page on everything that happened in the last year. It's like I'm back where I'm supposed to be."

The intensity of his training — and the short timeline he gave himself to get competition-ready so quickly after completing his chemo — worried just about everyone close to him, Parrot said.

"The first time I announced that my goal was to compete at these X Games everyone was like, 'dude, you should take it easy, you should take your time.' But I wanted to go out there. I was missint it so much," he said.

"Life was taken away from me for the past eight months and my goal was just to get back on my board as quickly as possible. I told them I wanted to compete and I wanted to win the gold and everyone was getting kinda crazy about it but my parents know me and they knew I was going to get it."

'I'm thankful' for my team

Parrot won big air gold at the X Games in Aspen, Colo., three consecutive years from 2016 to 2018, but wasn't able to compete there this year.

He said his gold medal Saturday was the result of a "team effort" that included doctors, a nutritionist, a sports psychologist, his coaches, his family, his girlfriend and his friends."

"Without the whole team I had I never would have got here today," he said. "I'm thankful for them."

The medal also capped a "long, tough day" that began with two qualification runs hours before the final.

With his next competition still months away, Parrot finally gets time to rest.

"Right now my goal is to have a vacation for the next two weeks," he said. "I've been battling myself every day since I got the news that I had cancer in December, I did not have one day off, so it's time now to chill a little bit.

"For sure I'm looking at my season coming up but my next competition isn't until December so I have a couple months. And I think having this gold today helps me turn the page, so it will be easier for me to go forward."