For Mark McMorris, risk of backcountry snowboarding is part of the sport

Despite the dangers involved, for many of the world's best snowboarders a ride in the backcountry is a return to the sport's roots — and an essential part of their lives. 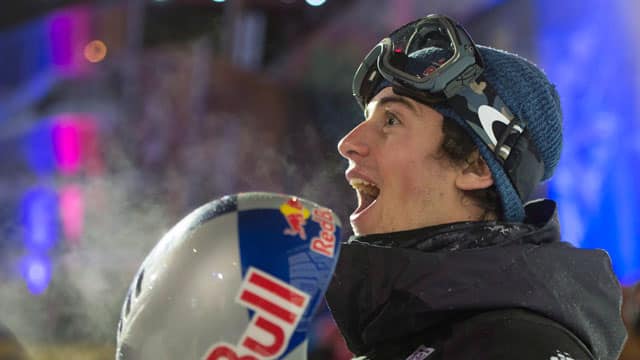 4 years ago
3:03
The Olympic medallist suffered numerous injuries, including a broken jaw, ruptured spleen and a collapsed left lung, while backcountry snowboarding in Whistler, B.C. 3:03

It's a jump Mark McMorris has executed successfully thousands of times. For a world-class snowboarder, it's the equivalent of an Olympic gymnast doing a front somersault.

"It was well within our skill set," McMorris's brother Craig said in a phone interview Monday. "He was doing a front side 360, one of the easiest tricks in the world. Mark has probably done a trillion of these."

The McMorrises have spent countless hours snowboarding in B.C.'s pristine backcountry, away from manmade jumps and curious onlookers.

And Saturday's outing should have been no different.

"We were hitting a jump and he just went a little too far to the left, and it was just really unfortunate he ran into some trees," Craig McMorris said.

They had already successfully completed the jump without incident.

"Mark had hit it once, I had hit it a couple of times. It was just a fun session. It was a super freak accident. Mark never ever, ever makes mistakes, but he made a tiny mistake and went into some trees and it was just awful."

The accident left one of Canada's most accomplished winter athletes battered and bloodied. McMorris had to be airlifted to a Vancouver hospital, where he remains in serious condition recovering from injuries including a fractured jaw, fractured left arm, ruptured spleen and a collapsed left lung.

"It was extremely ugly, obviously he was incredibly broken," Craig McMorris said.

When it comes to snowboarding in Canada, there is very little Mark McMorris hasn't accomplished — World Cup victories, Olympic bronze medallist in 2014, and back-to-back gold medals at the X Games. He has legions of fans and sponsors, attracted by his dizzying aerial feats and down-to-earth personality

Those who don't follow snowboarding might wonder why an accomplished professional, favoured by many to win a medal at the 2018 Olympic Games, would risk everything by stepping beyond the ropes of a resort setting into the unmarked, untouched backcountry.

It seems snowboarding is different from other sports when it comes to risky activity beyond the field of play.

There are no contracts that preclude snowboarders from doing things — like jet skiing or bungee jumping — that could affect their livelihood.

The risk taking that comes with backcountry snowboarding is part of a snowboarder's reputation, part of the promotional package.

"That's where snowboarding is different from other sports," Craig McMorris said. "In your free time you recreationally want to go snowboarding, especially in the backcountry, it's extremely fun. He enjoys competing, but this is completely different. He looks forward to this.

Mark McMorris spoke to what makes backcountry boarding so appealing in the 2016 movie In Motion.

"Riding lines in the backcountry, everything's new," he said. "That cliff is different. That turn is going to be different. It's more about riding it in the now, and doing something sick now."

In the CBC production Building a Snowboarder's Dream, McMorris said, "When you ask anybody in the world who snowboards, they like to go out and adventure or free ride."

It seems for many snowboarders the backcountry experience outstrips any podium finish or cheering crowd.

"Backcountry snowboarding is the breeding ground for what makes you want to snowboard," Darcy Sharpe, McMorris's friend and teammate, said Monday. "As a kid, Mark, myself, we grew up watching these movies that were all inspired by this … so it's kind of carrying the torch. He is trying to inspire kids to snowboard, to have fun, meanwhile he is having fun. He's not going there for work."

Sharpe said a YouTube clip that creates buzz among fellow riders can be just as important as more official recognition.

"To win video of the year (from one of the snowboarding magazines) would be just [as prestigious] as winning an X Games or a World Cup if not more."

"And you get this really soft silky powdery snow and it allows you to almost float and land big jumps and really glide across the mountain really fluidly in a totally different way than you would at a ski resort."

Devun Walsh, one of Canada's most accomplished snowboarders, said the backcountry experience frees riders from the judged competition setting that rewards tricks, thrills and height.

"I think your peers don't really care about the accolades," Walsh said. "People love Mark because he wants to keep snowboarding real, remember the roots of snowboarding. Now, a lot of the kids [in competition] could care less about making a powder turn, they just want to make the next rotations."

Walsh said that even for a world-class snowboarder like McMorris, no competition can offer the high of the backcountry.

"It gets really repetitive and boring, the same jumps, whereas the backcountry is just filled with natural jumps [that] make it more interesting and probably keeps him alive," Walsh said. "I used to do X Games, but backcountry is so much fun. Once you ride powder, you are instantly sucked into it."