Justin Kripps of Summerland, B.C., and Cam Stones of Whitby, Ont., earned their seventh World Cup medal together in finishing third at their second two-man bobsled race of the season on Saturday in St. Moritz, Switzerland.

Justin Kripps of Summerland, B.C., and Cam Stones of Whitby, Ont., earned their seventh World Cup medal together in finishing third at their second two-man bobsled race of the season on Saturday in St. Moritz, Switzerland.

The Canadians had a two-run time of two minutes 12.84 seconds on a fast track that is quickly becoming one of their favourites.

"The track was much faster than in training and we had a lot of fun on our way to our first ever two-man medal on this track," said Kripps, the reigning Olympic two-man champion with 17 World Cup two-man medals who was fifth at last week's season-opener in Germany.

The 34-year-old had never reached the podium in St. Moritz until last year when Kripps teamed with Ben Coakwell, Ryan Sommer and Stones to win the four-man title.

WATCH | Kripps and Stones hang on to 3rd spot on podium: 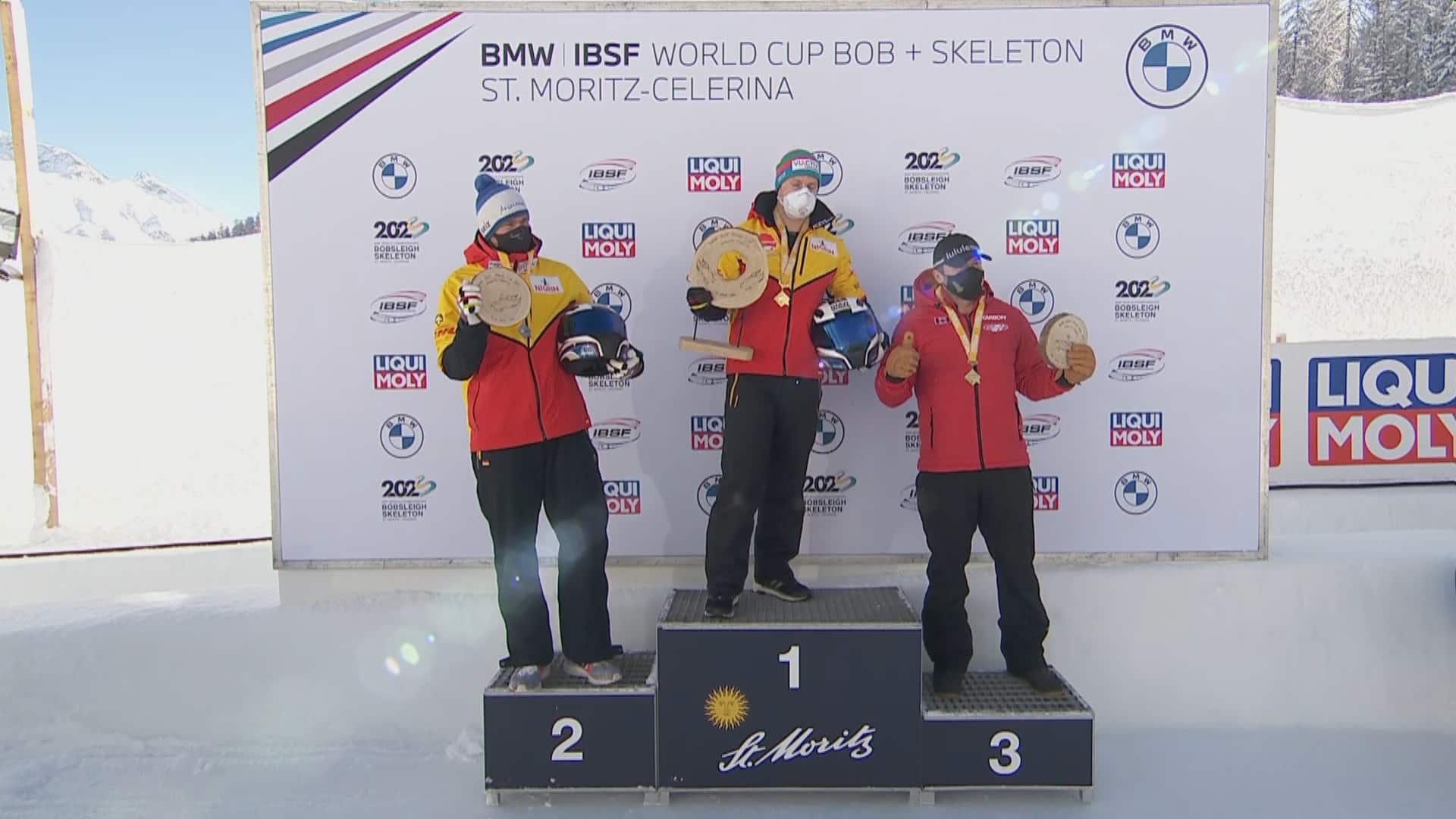 "It was another great day in St. Moritz for Team Kripps. It is easily becoming one of our favourite tracks, and is especially fun to win medals on," added Stones. "Justin's driving was great, and we are really looking forward to trying to defend our four-man title from last year tomorrow."

The Canadians, who joined forces after the 2018 Olympics in Pyeongchang, South Korea, turned in the third-fastest time in their opening run down the only non-refrigerated track in the world.

They held the final spot on the podium despite posting the fifth-fastest final run time on the 1,700-metre chute of natural ice that winds its way to the finish line in the town of Celerina.

"It is the birthplace of bobsleigh," said Kripps of St. Moritz. "It is like Monaco for the Grand Prix. There is so much history and always such a treat to slide here."

It was a 1-2 German finish Saturday as Francesco Friedrich won the 47th World Cup gold medal of his career (2:11.92) while piloting Alexander Schueller to break a tie with fellow German Sandra Kiriasis for the most by any bobsled pilot. Johannes Lochner and Florian Bauer placed second in 2:12.37. 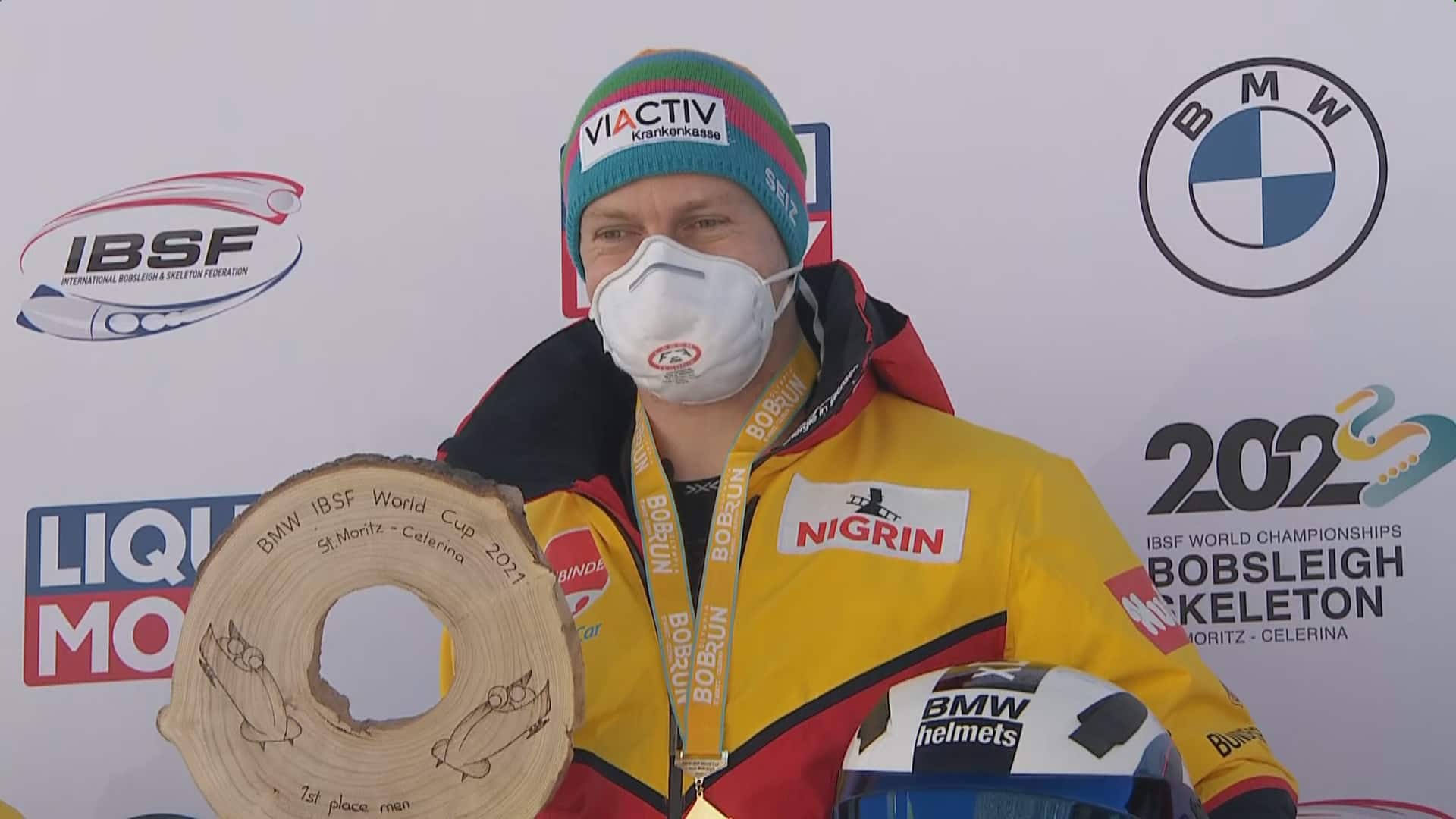 Calgary's Chris Spring, who picked up three medals on the Europe Cup circuit a week ago, was competing on the World Cup for the first time in more than a year on Saturday. Pushed by Ottawa's Mike Evelyn, the newly formed team finished 11th spot at 2:13.79 in the latter's World Cup debut.

The World Cup continues Sunday with the women's and four-man bobsleigh races.