Kaillie Humphries 2-for-2 in victories in Monobob World Series

Kaillie Humphries, a Canadian now representing the United States, got her second win in as many attempts in a monobob sled this season on Saturday, leading a gold-silver finish for USA Bobsled and Skeleton in Königssee, Germany.

Kaillie Humphries got her second win in as many attempts in a monobob sled this season Saturday, leading a gold-silver finish for USA Bobsled and Skeleton in Königssee, Germany.

Humphries, a Canadian now representing the U.S., had the fastest time in both heats and finished in one minute 46.75 seconds. She was 0.62 seconds ahead of American Elana Meyers Taylor, who took second for her first monobob medal.

Stephanie Schneider of Germany was third. Meyers Taylor trailed Schneider by 0.03 seconds after the first heat, then posted a second-run time that was 0.16 seconds faster than Schneider's.

Monobob, which features one woman in the sled, will be offered at the Olympics for the first time at the 2022 Beijing Games. It clearly is to Humphries' liking. 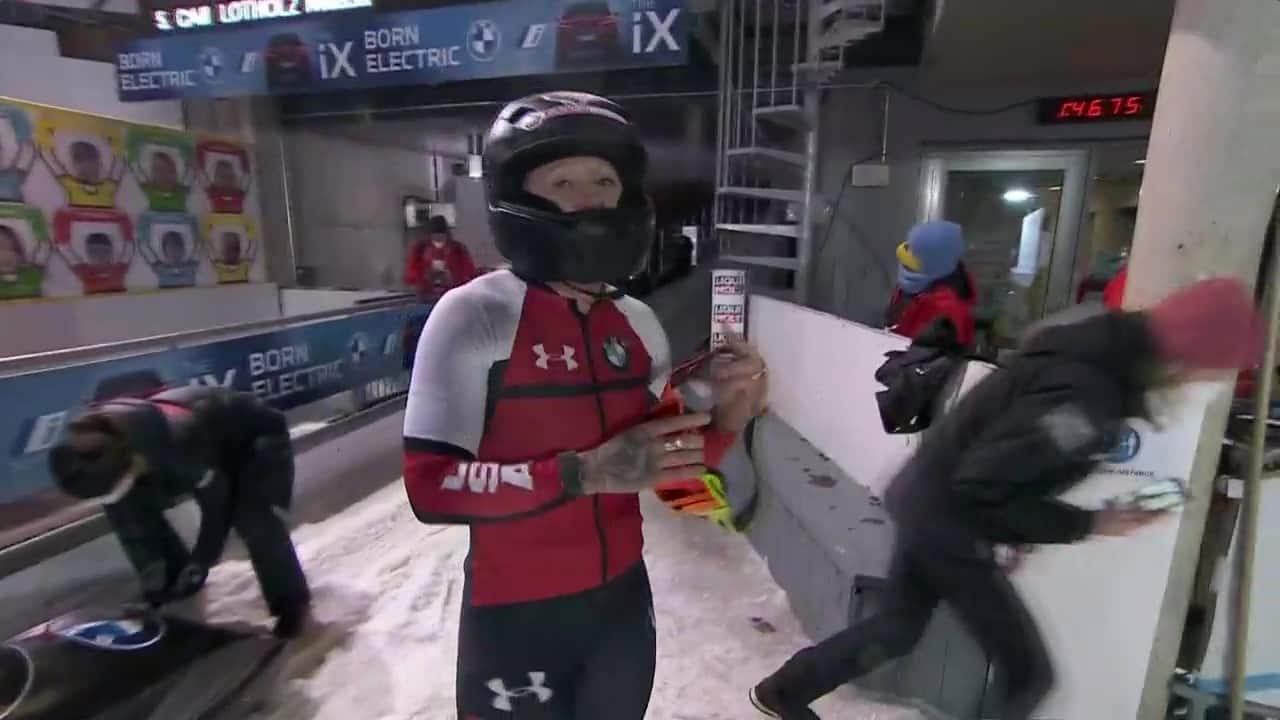 1 month ago
2:34
Kaillie Humphries had the fastest time in both heats to take monobob gold for the second time in a week. 2:34

Saturday's race was the eighth event in this season women's Monobob World Series, which has been contested on several different sliding circuits, not just the World Cup tour. Most women have competed in no more than three of the races so far, given how not everyone is on the same circuit.

The U.S. has won four of the eight races so far; series leader Nicole Vogt has two of those wins for the Americans, while Humphries now has the other two.

In the two-man race Saturday, Germany's Francesco Friedrich got his 10th win in 11 events this season to move on the brink of clinching the season title in that discipline.

WATCH | Friedrich victorious by 2-10ths of a second: 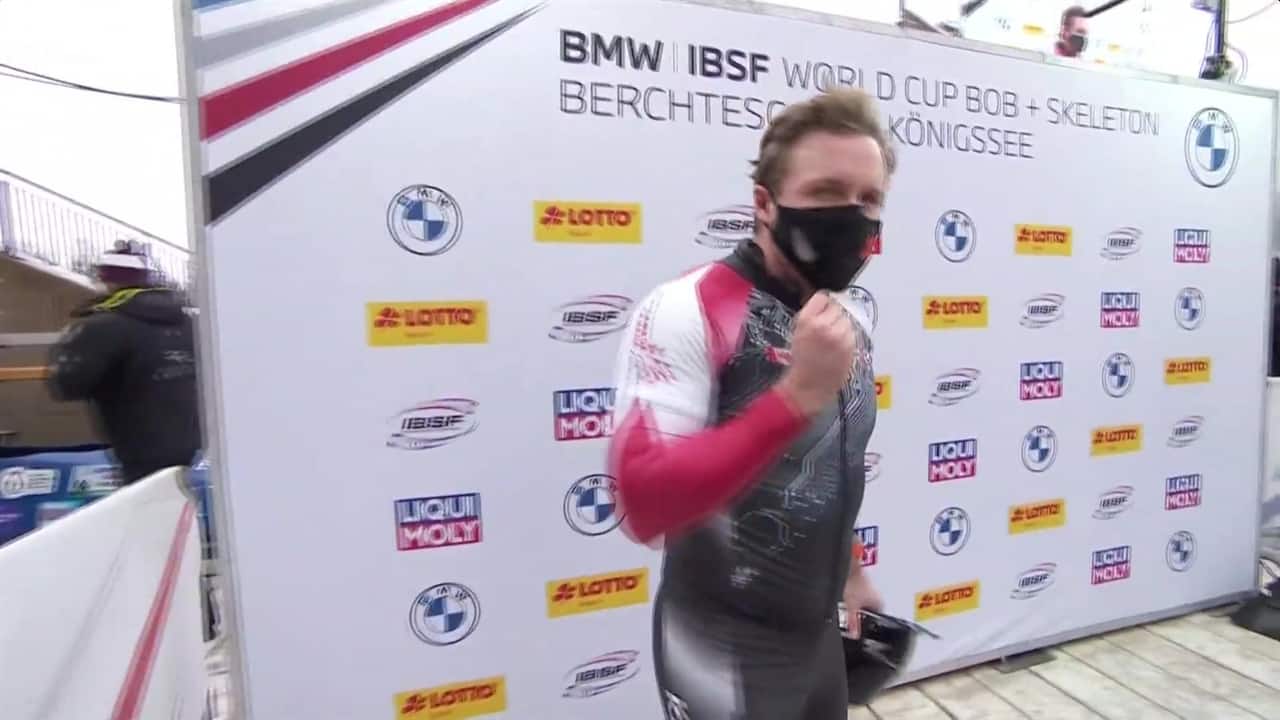 1 month ago
2:08
Justin Kripps had a good day in Konigssee but finished just off the podium taking fourth spot in men's two-man bobsleigh. 2:08

Friedrich and Thorsten Margis finished two-tenths of a second ahead of Germany's Johannes Lochner and Eric Franke. Austria's Benjamin Maier and Kristian Huber were third, about a second back of the winning time, ahead of fourth-place Justin Kripps and Cam Stones of Canada. 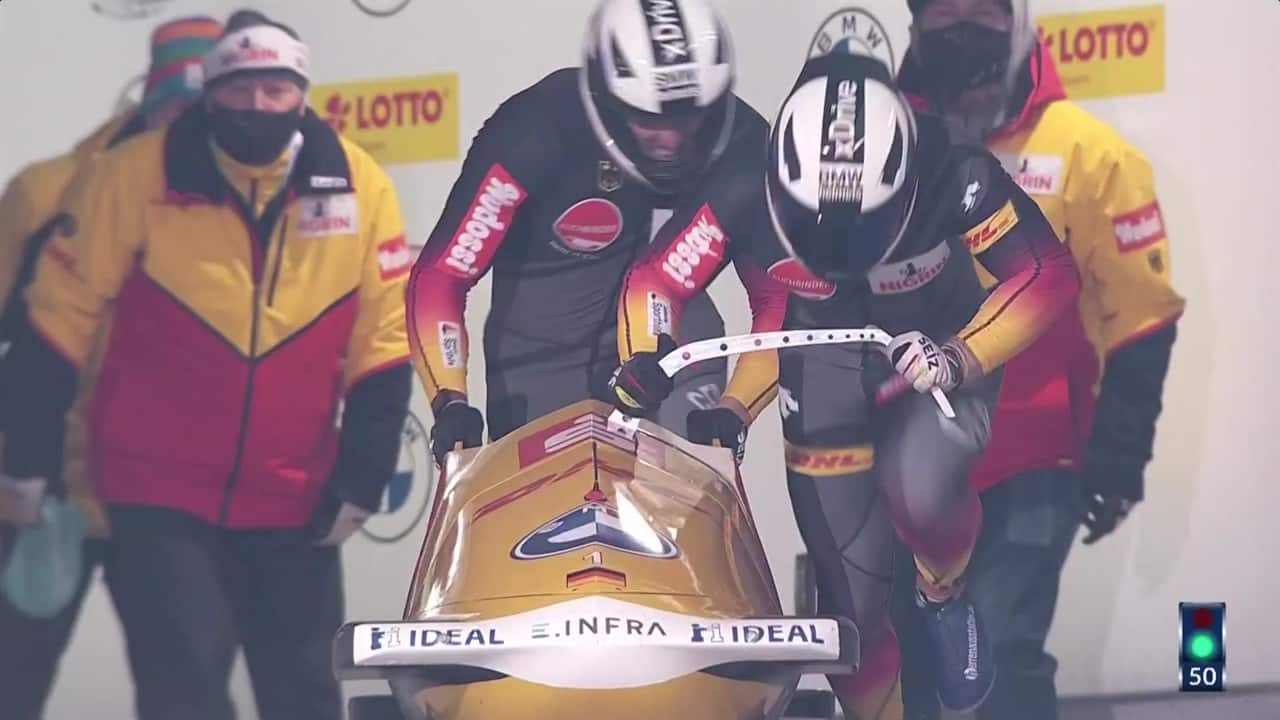 1 month ago
2:06
The German continued his dominance on the slide taking gold in the men's 2-man bobsleigh in his backyard of Konigssee. 2:06

Friedrich now leads Lochner by 191 points with one World Cup two-man race left; all Friedrich needs to do to clinch that title is finish 26th or better in the finale at Igls, Austria, next weekend.

Codie Bascue and Kris Horn were 11th for the U.S., while Geoff Gadbois and Adrian Adams were 23rd.

"Every week we continue to make progress," USA Bobsled driving coach Brian Shimer said. "The international federation has done a great job of keeping us safe while competing during a pandemic, but that doesn't mean the protocols get easier. It's a tough season, and these athletes are doing a great job of adapting."

The women's bobsled and four-man races are Sunday.