Germany's Tina Hermann got her first World Cup skeleton win of the season Sunday, holding off a big challenge from Canada's Mirela Rahneva in Winterberg, Germany.

Germany's Tina Hermann got her first World Cup skeleton win of the season Sunday, holding off a big challenge from Canada's Mirela Rahneva in Winterberg, Germany.

Hermann finished two runs in one minute 56.21 seconds. Rahneva, 31, had the fastest run of the second heat and was in the lead with just one sled remaining, but Hermann found just enough speed at the end to get the win.

"This feels really good," said Rahneva, who has finished third in the overall World Cup standings in each of the last two seasons.

"I was sitting in fourth after that first run and was determined I would not be edged off that podium again." 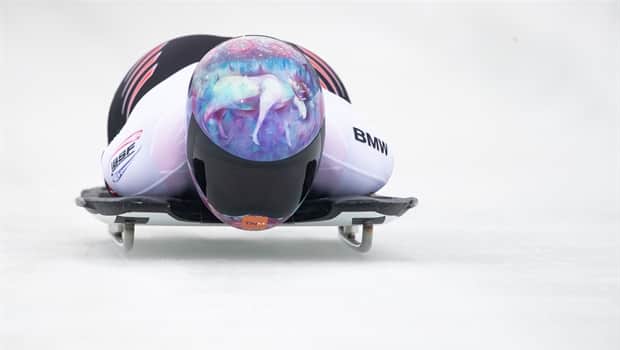 The Ottawa native was fourth in her first two races of the season in Lake Placid before the holiday break.

"I was sitting there after the first run and I said to myself 'I'm sick of fourth. I'll be really, really mad if that happens again,"' she said. "I was definitely more eager to step it up in the final heat and get on the podium."

Jacqueline Loelling of Germany finished fourth, but holds the top spot in the standings with 627 points. Flock is second at 610, followed by Hermann with 601 and Rahneva at 594.

Jane Channell finished sixth and Madison Charney 18th in Sunday's race to round out the Canadian contingent.

"Starting the New Year with a sixth-place finish is definitely a big confidence booster," said Channell. "The set up for the race was different than any other. We came together as a team, working well for each other when we needed immediate help on the track.

"The field is filled with top competitors so to be ranked up there at the top of the results sheet is huge for me." 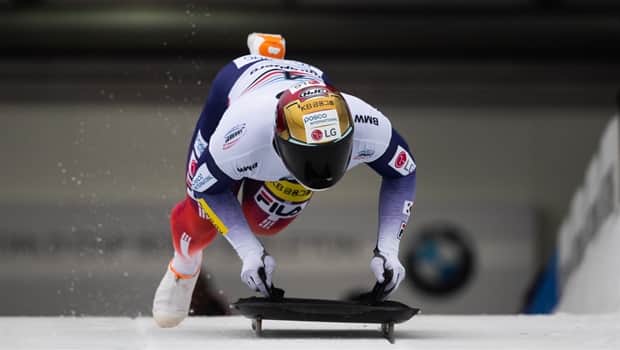 In the men's race, Olympic champion Sungbin Yun of South Korea got his first win of the season by holding off Germany's Alexander Gassner.

With files from CBC Sports and The Canadian Press