Canadian skier Erik Guay is going out on his own terms

A back injury forced Canadian alpine skier Erik Guay to withdraw from this past year's Olympics Games in Pyeongchang, ending his dreams of an Olympic medal. But he's determined to prevent the same thing from dictating the end of his decorated career.

'I want to be competitive but I'm also not here to waste my time,' says Montreal native

Throughout Erik Guay's illustrious 18-year alpine skiing career, there was never any questioning about his competitive spirit.

So you can imagine how difficult it was for him to withdraw from this past year's Winter Games — his last shot at the Olympic medal that's long eluded him.

Just a year ago, the Montreal native became the oldest world champion when he raced to gold in the super-G and later added a silver in the downhill.

Guay entered the 2017-18 season in top form and expected to charge into Pyeongchang riding the momentum of multiple World Cup podiums.

But instead, he barely took off.

During Guay's first training run of the season-opening downhill in Lake Louise, Alta., his back tightened up.

The 37-year-old subsequently withdrew and only competed at one other World Cup stop as he played catch up in an attempt to be ready for the Games.

"It was just scampering to try to get things in order and my back under control so that I can compete. Ultimately it was an easy decision not to race because I couldn't even get into a [proper] downhill position," Guay recently told CBC Sports. "I couldn't even challenge myself to get into a race position where I could push myself."

Guay, who begins his first World Cup race of the season with the downhill event at Lake Louise on Saturday (CBCSports, 2:15 p.m. ET), isn't sure if he's just being stubborn or competitive. However, he refuses to let his body dictate the terms on which his career ends.

It's the beginning of the end for Erik Guay: 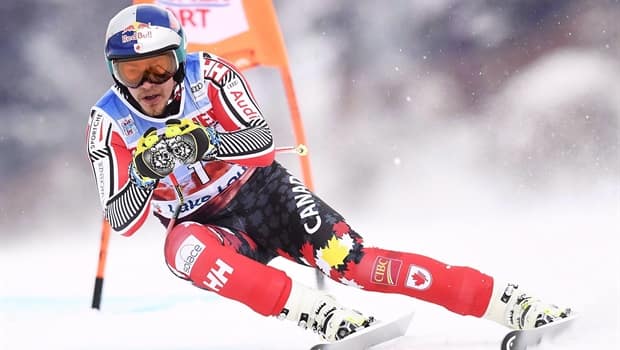 It's the beginning of the end for Erik Guay

2 years agoVideo
1:55
Canada's most decorated alpine skier is calling it a career after the 2018-19 season. After all these years, just one medal eluded him. 1:55

He managed the injury all summer by steering clear from high volumes and repetitions of training but acknowledges it's been tough to do so as he usually gauges his progression by doing more.

Guay still loves challenging himself and looks forward to having a shot at defending his world championship crown in February. But by no means is this season just a farewell tour for Guay.

"I want to be competitive but I'm also not here to waste my time. I don't want to finish 20th the whole year. I want to be on the podium," Guay says.

Guay's pair of near misses at the 2010 Winter Olympics in Vancouver had a huge effect on his career going forward.

He was fifth in both the downhill and super-G, missing out on a bronze medal by 0.03 seconds and gold by 0.34 in the latter.

As heartbreaking as that was for Guay, it fuelled him to victory in the last two races of the year as he clinched the overall title in the super-G — becoming the first Canadian man to win a Crystal Globe for a discipline title since Steve Podborski in 1982.

"There's always another way to look at things. I used that as inspiration to have a great end to the year where you could've just folded and been grumpy the rest of the year. So I'm proud in a certain way of how I handled that," Guay recalls.

CBC's Scott Russell spoke with Guay about how much an Olympic medal would mean: 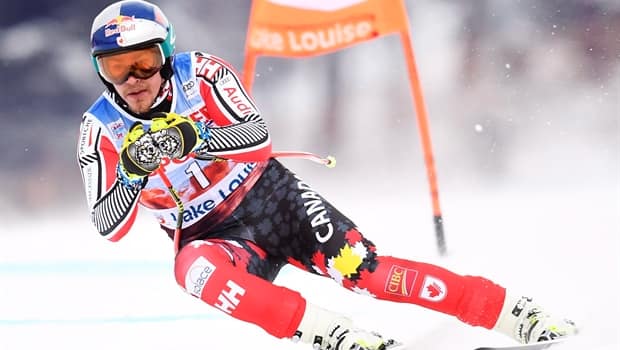 Over the years, Guay has developed a "special bond" with his competitors, including the likes of the legendary Aksel Svindal and Hermann Maier, whom Guay describes as a "God-like" idol.

Having watched Maier growing up, Guay remembers how special it was to shake his hand as he congratulated him following a World Cup win.

"I've been fortunate enough to share a few beers with him after the races as well so that's pretty special coming from a guy like that. I have some fond memories of celebrating with some of the legends after big races … I have so many of them but I think that most of them are going to have to come with me to the grave," Guay laughs.

Guay will retire as Canada's most decorated skier at the conclusion of the season yet he hopes his impact on Canadians goes beyond the sport he made his name in.

"I want people to know that sport holds a great place in our society and I think you learn a lot of things from sport," Guay says. "If I can inspire some kids to be active and live healthy lifestyles, I think I'm happy with that."

Other Canadians to watch

Manny Osborne-Paradis:  The longtime veteran enters his 13th season on the World Cup circuit with three career wins and 11 podiums. Osborne-Paradis won bronze in the super-G at the last world championships in 2017 and looks to replicate that success at the event this upcoming February in Åre, Sweden. 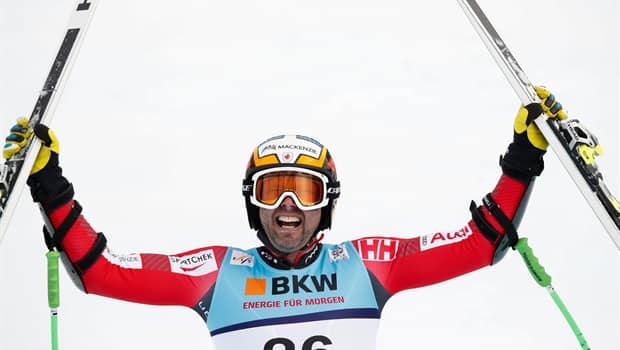 Erin Mielzynski:  The slalom specialist was named the 2018 alpine female athlete of the year after her most consistent season to date. Mielzynski had six top-15 finishes on the World Cup circuit and improved from 24th to 15th in the overall slalom rankings. In her third Olympics in Pyeongchang, Mielzynski finished 11th in the slalom.

Grenier burst onto the scene in 2015 at the world junior ski championships, where she took home bronze in the super-G. In her Olympic debut last February, Grenier finished sixth in the alpine combined — the best result from any Canadian.

Unfortunately, the 34-year-old won't be starting her season at Lake Louise — often referred to as "Lake Lindsey" because of her 18 career World Cup victories there — as planned. Vonn tweeted Tuesday that she suffered a knee injury in a training crash that would prevent her from competing.

Yesterday I crashed training Super-G and hurt my knee. The good news; I do NOT need surgery. The bad news; I won’t be able to race in Lake Louise. LL has always been my favorite stop on the WC and I am devastated to not be coming this year.I am down but I am NOT out! <a href="https://twitter.com/hashtag/nevergiveup?src=hash&amp;ref_src=twsrc%5Etfw">#nevergiveup</a>

King of the hill:  Austria's Marcel Hirscher seems unstoppable right now. Last season, the 29-year-old won a pair of gold medals at the Olympic Games in Pyeongchang and equalled the record for most wins in a single season with 13 — which might've broken if high winds didn't force the cancellation of the final slalom race. Hirscher looks to ride that momentum to an eighth straight overall World Cup title.