Reigning Olympic champion Mikael Kingsbury continued his dominance in Calgary, cruising to a first-place finish at a World Cup event on Saturday.

A major mistake on the Calgary course by rival Benjamin Cavet of France took some pressure off Canada's moguls king before his final run of the day.

But Kingsbury still needed to ski clean and fast, and execute his tricks on a steep pitch of soft snow, and under flat light because of cloudy skies. 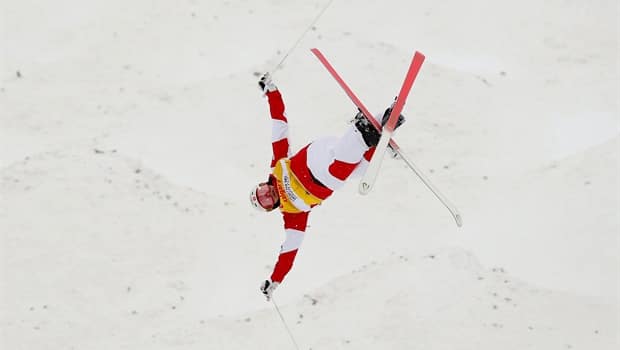 2 years ago
2:39
The reigning Olympic champion from Deux-Montagnes, Que., won in Calgary for an eighth time to claim his 53rd World Cup moguls title. 2:39

Kingsbury won both moguls and dual moguls at a World Cup in China last month.

He posted a winning score of 84.17 in Saturday's six-man super final ahead of runner-up Walter Wallberg of Sweden with 80.98. Daichi Hara of Japan took bronze with 78.14.

"They made it easier for me, but at the same time you still have to put down the run," Kingsbury said. "I'm pretty stoked the way I handled the pressure out there.

"There was not pressure for doing the best run of my life, but pressure to put it down at the right moment."

Cavet was the second-last man down the course at WinSport's Canada Olympic Park. When a slip at the top took the Frenchman out of contention, Kingsbury made quick calculations.

"[If he would have] scored 84 or 85, I know I have to push a bit more and maybe go bigger on my tricks," Kingsbury said. "I was ready for that and was able to do it in training.

"I was confident to be able to do that run, but when I heard he was out [of contention], and Walter was leading with 80 points ... I'm not going to take stupid risks." 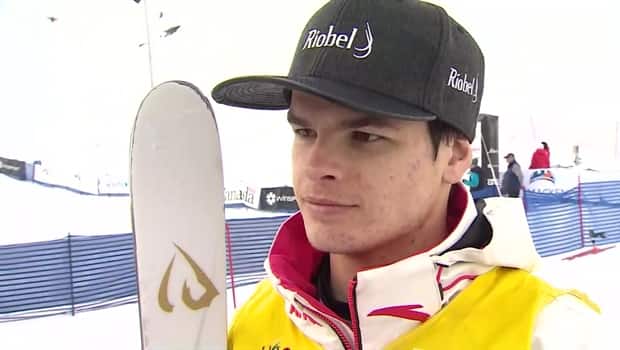 Kingsbury Quiz: With over 50 World Cup wins, can Kingsbury remember No. 1?

2 years ago
2:31
CBC Sports' Jacqueline Doorey puts Mikael Kingsbury's memory to the test. See how much the moguls star can remember about his World Cup victories. 2:31

Kingsbury's World Cup victory was the 53rd of his career and his eighth in Calgary. The 26-year-old wears the yellow bib as the season's overall leader.

He's on pace to claim the crystal globe as the season champion for an eighth straight year.

"It's always good for me to start the season very well, create momentum, create a good lead in the standings, which is amazing," Kingsbury said.

The top 16 in qualifying advanced to the final, from which the top six gained entry to the super-final. Laurent Dumais of Quebec City finished 10th.

The 2014 Olympic champion has been dealing with a right shoulder injury she suffered last month in China.

"It was really mentally difficult in training those first two days, but I think today I just put that aside, all that pain and that stress and scary thoughts, and really skied to be proud of myself that I really gave it all," the 24-year-old said.

Lake Placid, N.Y., is the next stop on the World Cup circuit Friday and Saturday, followed by another on Canadian snow Jan. 26 in Mont-Tremblant, Que.

Kingsbury punctuated both his runs Saturday with a ski flip, in which he kicks one ski into the air and catches it with one hand after one rotation.

Swiss alpine skier Didier Cuche was famous for the move, which Kingsbury has adopted.

"I took the idea from him," Kingsbury said. "It's not easy. You need a little practice. I practise myself when no one is looking.

"Now my ski flip is perfect. I'm not missing it."