The 26-year-old from Deux-Montagues, Que., opened his 2018-19 campaign with back-to-back World Cup wins for a head start on what could be his eighth straight crystal globe as the season's overall champion.

He's won everything there is to win in moguls, yet Mikael Kingsbury still feels driven.

It's common for athletes who stand on the Olympic podium to take a hiatus the following season, or at least skip the first few competitions.

The 26-year-old from Deux-Montagues, Que., opened his 2018-19 campaign with back-to-back World Cup wins for a head start on what could be his eighth straight crystal globe as the season's overall champion.

"He finished the Olympic year and when we started working together, he was motivated like I've never seen a guy motivated," Canadian coach Michel Hamelin said.

"I like being chased by other people," Kingsbury said. "I like wearing that bib. I've been wearing it for so long and it just seems right when it's on me."

The moguls king is holding court in Calgary, where he has won seven times in his career. Friday's qualification round precedes Saturday's finals. 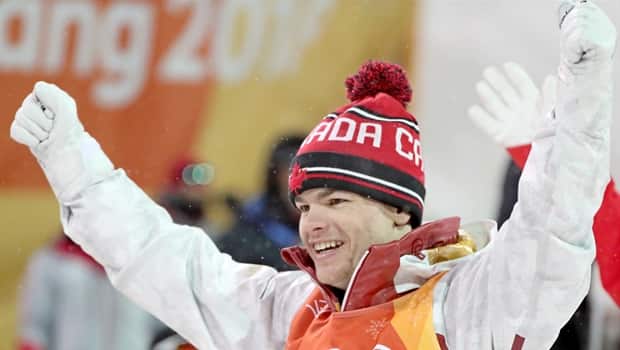 Veteran Philippe Marquis of Quebec City will compete for the first time this season. He reached the men's final in Pyeongchang skiing on a left knee that was minus an anterior cruciate ligament.

Marquis underwent surgery to replace his ACL within days of his return.

The top 16 advance to the Saturday's final with the top six moving onto the super final. Women's qualifying will be held Saturday morning before the elimination rounds.

'I'm getting older for sure'

He was the first freestyle skier to win those awards.

But Kingsbury's durability as an athlete has also contributed to a trophy case that includes an Olympic gold and silver medal, seven world championship medals and a record 52 World Cup victories.

His compact body will require more care over the next quadrennial to the 2022 Winter Games in Beijing.

Kingsbury is entering a phase in his career where the margin between him and a major injury is thinner due to wear and tear on the body, plus age.

"I'm getting older for sure, so I've got to pay attention to the volume I put out there on the slope and how I recover after training," he said.

Kingsbury worked hard in off-season training at making his body even more compact.

"For me, I wanted to get a bit lighter. I'm already pretty small, but I put on some more muscle and less fat just to stay more flexible, powerful and quick," he explained.

"At the beginning of the season you can get away with being heavier and stiff, but when you hit that halfpoint of the season . . . you don't want to carry a little injury to the end of the season.

"This is where the crystal globe is won, if you're able to stay healthy until the end and manage to put up some great results at the end. The reason I wanted to be fit is to reach my full potential and ski the way I want. I have a lot of tricks I haven't competed yet that I want to put myself in a position to do."