Canada's Mikael Kingsbury will miss moguls races for the first time in his World Cup career after suffering a back injury in training on Sunday.

Durability is a key ingredient in Mikael Kingsbury's domination of men's moguls. The Canadian freestyle ski star hasn't missed races due to injury until now.

Kingsbury is sidelined for at least the first three World Cups of the 2020-21 season after suffering a back injury while training in Ruka, Finland.

The reigning Olympic, world and World Cup champion fractured his T4 and T5 vertebrae Sunday when he landed a jump awkwardly. 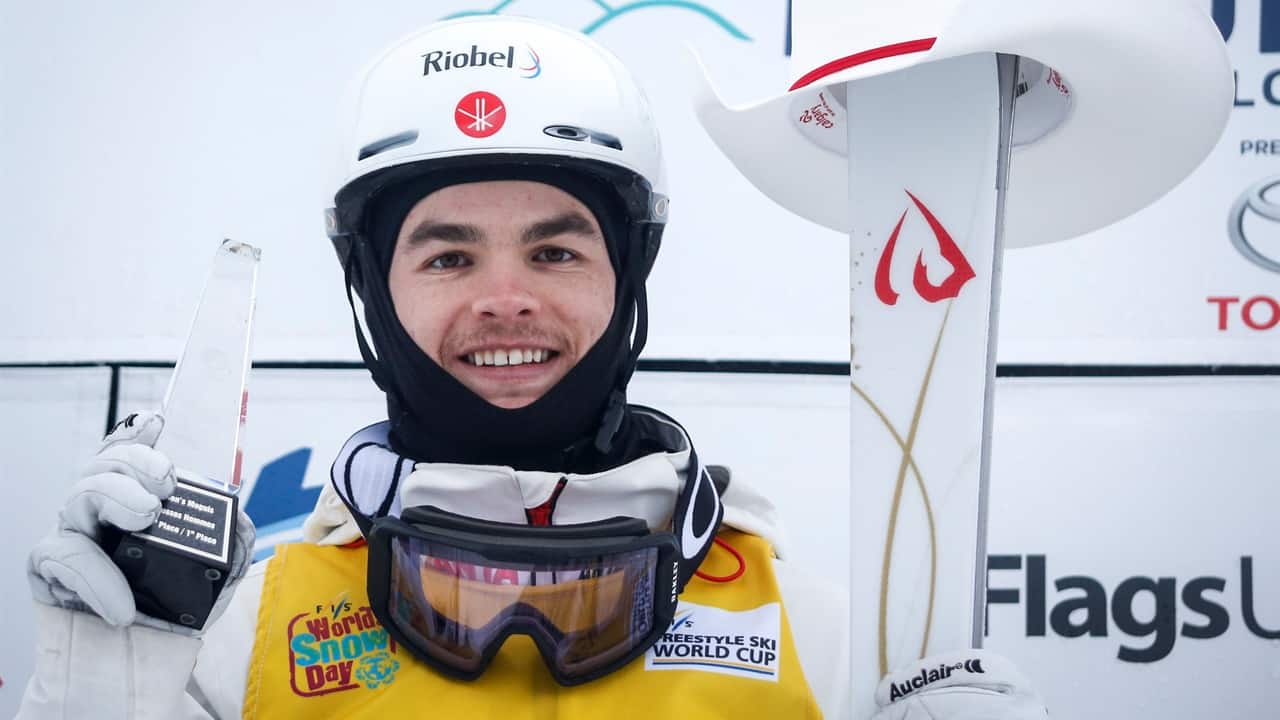 Mikael Kingsbury: 'It could have been way worse'

3 months ago
2:24
Reigning Olympic and world moguls champion Mikael Kingsbury describes how his back injury occurred and says confident he'll return to action this season. 2:24

Now back in Canada, the 28-year-old from Deux-Montagnes, Que., faces four to six weeks of recovery.

"I think the most painful part for me at the beginning was just knowing that I was going to miss the start of the season, especially since I've been able to ski for 107 starts in a row basically since the Vancouver Olympics," Kingsbury said Thursday on a conference call with reporters.

Kingsbury is targeting a Jan. 28-29 return at a pair of World Cups in Calgary.

"I'm confident that I'll be ready for Calgary," he said. "I'm crossing my fingers, but I'm confident at the same time."

He'll be in the unfamiliar position of watching his Canadian teammates compete without him Saturday, and also seeing his rivals get a head start in the World Cup standings.

"Right now, everyone told me the best thing I can do is rest," Kingsbury said. "The back is not very fine. It's a little painful, but I'm in the process of healing already.

"It feels like I have a knife in my back all the time. It's quite painful right now."

Kingsbury says he overshot the landing of a jump in Ruka and crashed.

"I tried to protect my neck and my head and it was my back that took all the impact," he explained. "I lost my breathe in the moment. I got up and skied down by myself.

"I went to the clinic and got it checked out. The next day it was so painful."

"It was a hard pill to swallow to hear that, but I mean it could have been worse," Kingsbury said.

"Right now, I'm in quarantine so I can see no one. One part that sucks about being injured, with all the COVID stuff, I can't go get treatment right away.

"For me, it's rest. After that, build confidence. If I feel well, I'll be able to go back on my skis and slowly get back into a rhythm."