Declared cancer-free last summer, Canadian snowboarder Max Parrot says he's no more at risk of contracting COVID-19 than anyone else right now, allowing him to focus more freely on the 2020-21 freestyle season, should it happen.

Off snow for 6 months, Canadian made use of Quebec camp to work on craft

When COVID-19 case counts first started rising around Canada six months ago, Olympic snowboarder Max Parrot worried that his recent bout with cancer would put him at greater risk of contracting the virus.

The 26-year-old had been declared cancer-free of Hodgkin lymphoma for about nine months by that point. But he didn't know how the chemotherapy that cured him had left his body.

"Sometimes it can sort of de-balance you, depending on the medication and everything, so I was a little bit concerned," Parrot said in a phone interview on Saturday from his home in Shefford, Que. "But I'm really lucky because my body has recovered 100 per cent."

Parrot, an eight-time X Games champion and slopestyle silver medallist from the 2018 Pyeongchang Olympics, will have regular follow-ups with his doctor for at least the next five years, where his blood will be analyzed and scans done to make sure the cancer he was diagnosed with in December 2018 hasn't returned.

Parrot says he's no more at risk of contracting COVID-19 than anyone else right now, which has made dealing with a global pandemic a little easier on him.

It's also allowed him to focus more freely on the 2020-21 freestyle snowboard season, provided one actually happens.

The sport is still up in the air in terms of its schedule, with some competitions, including the first big air World Cup in Beijing at the end of November, already listed as cancelled on the FIS website.

The first slopestyle World Cup, however, scheduled for Dec. 16-19 at Copper Mountain, Colo., has not yet been nixed despite COVID cases still surging in parts of the U.S.

Parrot's not concerned about holding an event on American soil though.

"I'm sure any competition in the world, they're going to make sure it's a safe environment for the athletes," he said. "What I think might happen is all the athletes will maybe travel together, stay in the same hotel, we might be in a bubble.

"But still it's in the future. We don't know how the second wave of COVID is going to be, if the government is going to put restrictions on things, so it's a lot of ifs."

With results of this season used to qualify for the 2022 Winter Olympics, Parrot says it's too important a year to cancel outright.

"They're really trying to make it happen, that's for sure," he said. "In terms of COVID and restrictions, I think hosting events is not really complicated. Tennis has done it, F1 has done it, many other sports have found ways to do this.

"It's more just about the travelling, like how is this going to work? But I'm pretty confident we're gonna have a season."

Parrot isn't stressing out about the uncertainty surrounding the season's start, and says he's training the same way he would be before any other year, except for the fact that he hasn't been on snow in six months.

Normally, Parrot would have spent part of his summer in the Southern hemisphere, testing out new tricks on snowy mountain peaks in Australia and New Zealand. But travel restrictions, put in place around the world to help slow the spread of COVID-19, squashed that.

Instead, Parrot made use of a snowboarding camp north of Montreal — complete with trampolines, plastic jump ramps and giant air bags — to work on his craft. It's not the same as snow, but it is safer, and he feels it has helped him.

"If you fall on snow, you can go to the hospital pretty quickly," he said. "So the air bag allows me to try my tricks first in the safe environment, and then transfer it to snow. So it's actually better and I'm progressing even faster." 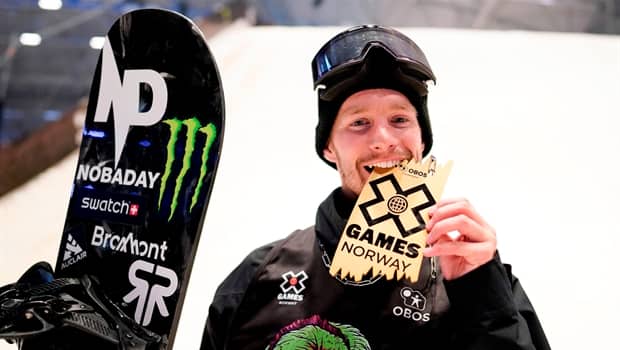 Parrot will be an ambassador for the Light the Night fundraiser Oct. 24 for the Leukemia and Lymphoma Society of Canada. The fundraiser, which normally includes in-person walks in different Canadian cities, will be done virtually this year due to the pandemic.

He described it as an event where "we'll talk about our stories, give hope to people currently fighting cancer and remember people that died of it."

"And we congratulate everyone that beat it too," he added.

Parrot won an X Games big air gold medal last August in his first competition after being declared cancer free. He went on to win a World Cup in the discipline in December and two more X Games big air titles in 2020 before the pandemic began.

Now he hopes to continue that solid run into the next season, whenever it happens.

"Every year I'm wondering when am I going to reach my peak, you know? And every year I just feel stronger and stronger," he said. "I had a really good training this summer and I'm feeling confident.