Too old for alpine? Kevin Drury is just getting started in ski cross

Even as a star alpine racer at the University of Vermont, Kevin Drury knew he was meant for ski cross.

So when his collegiate career was coming to a close in 2014, it was time to make a pivotal decision.

The Toronto native had racked up some impressive honours, including NCAA all-second team, but at 24 he was seen as an older prospect for his specialties of slalom and giant slalom.

"I was just thinking about what I wanted to be doing whether it was continuing to pursue alpine because I had good results," Drury says over the phone from a sun-soaked beach in Malta.

"But at that time for my age, qualifying for the national team, they make it super crazy as you get older. I would have had to enter a World Cup first to get a top-30 and they wouldn't let me do that anyway."

His fourth-place finish in ski cross at the Olympics in Pyeongchang is sandwiched by a trio of World Cup medals. The 29-year-old reached the podium for the first time in December with a silver-medal performance in Arosa, Switzerland. Fresh off his participation at the Winter Games, Drury then competed at Sunny Valley in Russia where he hauled in another silver and climbed to the top of the podium in a span of two days. 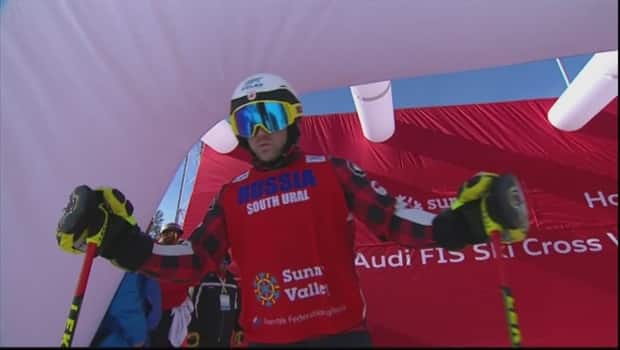 When asked to explain the reasoning behind his recent breakthroughs, Drury said it came down to fine-tuning his mental approach.

"I've done a lot of work with our sports psychologist, essentially self-belief, self-talk," he says.

"I'm not a very cocky guy, so believing I was one of the best was never really there. I know I'm good, but thinking 'I am the best, I can win this race' that's a big step for me and that's what started happening."

Drury can only speculate on how his career would have unfolded had he stuck with alpine, but there is no doubt in his mind he made the right decision.

"But I think my mentality, my skill set was meant for ski cross. I love the competitiveness of having people around me that drive me to want to go faster and beat them."

Too close for comfort ... or not

Drury, who says the main thing he had to learn was how to absorb the top of a jump, is clearly drawn to the intensity of the sport.

"One of the biggest problems most people have, at least switching from alpine to ski cross, is having someone next to you and not freaking out," says Drury, who sits third in the World Cup standings ahead of competition on Saturday in Megeve, France.

"From day one, that was the coolest part. I love having someone six inches from me going off a massive jump."

As Drury gets in some rest and relaxation ahead of Megeve he says without hesitation the key to more success is to enjoy the moment.

"If I over-focus on something, then I'm probably going to mess it up because I've overthought. So I won't really think about France or what I have to do until I get there."

You can catch more ski cross action on Saturday at 2 p.m. ET on Road to the Olympic Games, our weekly show spotlighting the best high-performance athletes from Canada and around the world.