After acknowledging its shortcomings, Skate Canada launched an update to its National Safe Sport Program in September, which focuses on education and re-enforcing an independent third-party reporting system for athletes at any level to anonymously report mistreatment.

'We have to set a baseline for ourselves so we can start to affect change," CEO says

How can sport create real change in terms of diversity and inclusion?

It's one of the biggest questions to come out of the Black Lives Matter movement, which took many sport leagues and organizations to task for their lack of diversity and inclusion around BIPOC athletes and fans.

Skate Canada was among them. After posting a message of support following the riots over George Floyd's murder, they were called out as performative by members of the skating community.

"We took some bad press from people for that, and that's okay," Skate Canada CEO Debra Armstrong told CBC Sports. "I think what we learnt most is you have to stand up and have to take a position and quite frankly, in our case, that means exposing yourself to your shortcomings."

Since then, the national sport organization has launched the newest evolution of its National Safe Sport Program which, in addition to maltreatment and injury prevention, focuses on education and reinforcing an independent third-party reporting system for athletes at any level to anonymously report mistreatment to.

"I think one of the biggest things for me and for us is seeing an independent body that recognizes systemic racism," said Elladj Baldé, a former national figure skater and co-founder of the Figure Skating Diversity and Inclusion Alliance. "Because those are the things that the BIPOC community feels, but that a lot of people that are in the system, working in organizations don't necessarily feel.

"So for us to see that be recognized is a huge step forwards."

WATCH | How a CEO and a former national team skater are trying to make their sport more diverse: 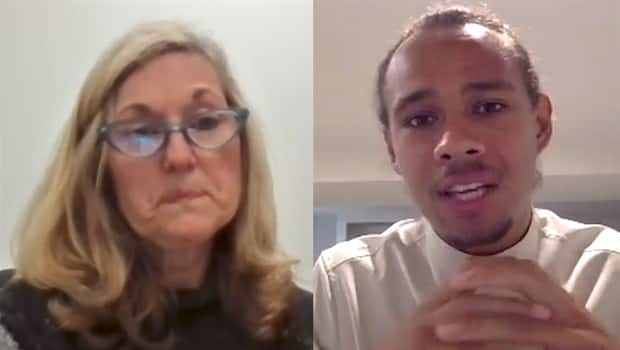 20 days ago
8:54
How a CEO and a former national team skater are trying to make their sport more diverse. 8:54

Reinforcing the third-party system also allows athletes to not have to deal with Skate Canada and risk retribution in their skating or coaching careers.

But is it enough to create real change? Setting the bar is one thing, but Armstrong will lean heavily on coaches, officials, skating schools and programs to uphold the system and standards.

Skating is for everyone

There's also the notion of making sure all Canadians are represented on the ice.

"In order for us to understand if we're diverse or not diverse, we need to understand the demographics in the communities in which our skating clubs operate," said Armstrong. "We need to start there because, I'll be honest, we haven't taken a look at that."

Armstrong said she has begun the process of finding researchers to look at census data and determine where figure skating is or is not representing Canadian communities.

"Are we represented in that way and if not, why not?" said Armstrong. "There's some practical impediments, but we want to make sure we haven't unintentionally set barriers to their access to our particular sporting program.

"So what we need to do is set a baseline for ourselves so we can start to affect change." What does a national safety program look like after the Black Lives Matter Movement?

20 days ago
3:15
Skate Canada unveiled the newest evolution of its safety program, but do skaters think it's enough? 3:15

Baldé acknowledges Skate Canada's willingness to do the work, be part of the conversation and be a leader in change, but says more is required.

The FSDIA has created an international community and highlights Black skaters, pushes for policy change and is creating an education program that organizations like Skate Canada and its skaters will hopefully use.

"Education is one of the single most important things to happen in order for real change to actually happen," he said. "There's this grip that figure skating has on what it's supposed to look like and feel like.

"When that grip kind of loosens up that's when we'll see more Black people and indigenous skaters and people of colour actually stay in the sport."

Jacqueline Doorey is a digital host and producer for CBCSports.ca