Skate Canada International has been cancelled amid concern of rising COVID-19 cases in Ontario. The Grand Prix event was scheduled for Oct. 30-31 in Ottawa in front of no fans, but the decision was made to scrap the competition.

Grand Prix event was scheduled for Oct. 30-31, fans not permitted in arena

Piper Gilles and Paul Poirier woke up feeling a bit out of sorts on Wednesday, already aware that Skate Canada International has been cancelled amid concern of rising COVID-19 cases in Ontario.

The Grand Prix event was scheduled for Oct. 30-31 in Ottawa with no fans in attendance, but the decision was made to scrap the competition in consultation with the City of Ottawa and the provincial government.

Although the news was delivered to competitors in a conference call on Tuesday night, the reality didn't sink in for the Canadian ice dance pair until it was time to tackle the morning routine.

"Definitely [Wednesday] it was much harder," Poirier told CBC Sports. "[Tuesday night] we went to bed right after, so no real time to process it. So today going back to the rink and going back to training and just not having that sign post there was definitely strange." 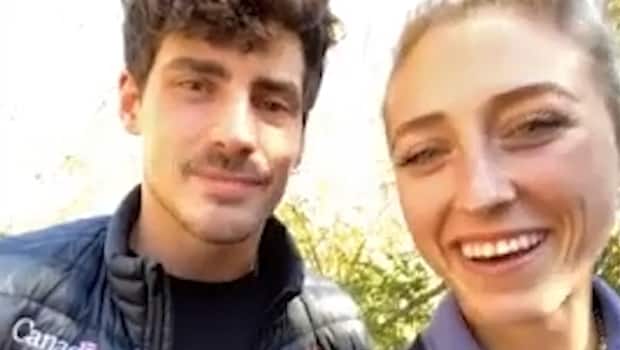 2 months agoVideo
6:01
Canadian skaters are pivoting after losing their only Grand Prix event of the season. 6:01

Skate Canada CEO Debra Armstrong said with the recent 28-day shutdown of recreational facilities, among other venues that host large gatherings in the province's hot spots including Ottawa, and the "continuous shift in requirements across the country," it became clear it wouldn't be possible to host the event.

Skate Canada International is one of six Grand Prix events around the world that kick off the figure skating season. The Grand Prix circuit has become primarily domestic competitions due to travel restrictions around the global pandemic, and therefore only open to skaters who live and train in the host countries.

It would have been the first competition for Canadian skaters since COVID-19 forced the cancellation of the world championships in Montreal, just days before they were scheduled to open on March 16. 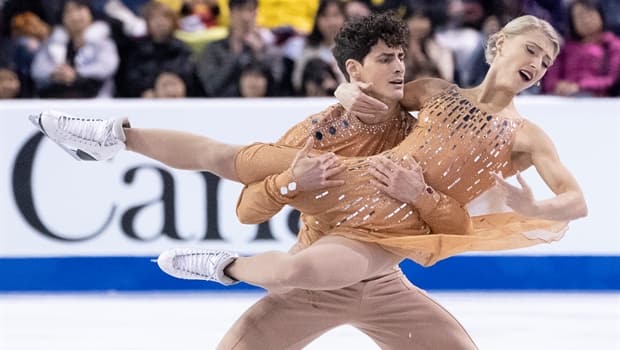 Gilles and Poirier were set to defend their title at Skate Canada, but now must focus on preparing for competition without a concrete goal in sight.

"It gives us some wiggle room and once we have a good schedule in place and we know what all of our options are, we can really start to make a proper training plan," said Poirier.

"The hardest part is to train without a plan."

Gilles and Poirier are hopeful that the Canadian nationals, where they are also defending champions, will still go forward in January. 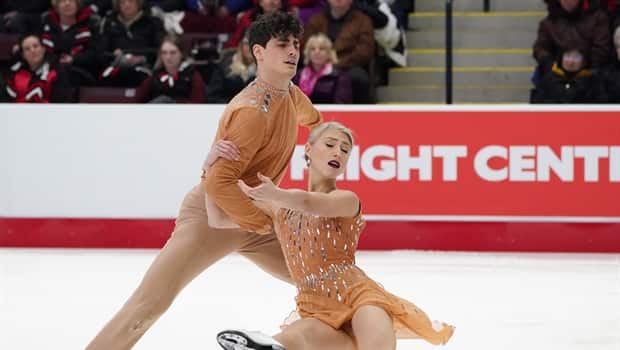 11 months agoVideo
0:29
After four second place finishes, Piper Gilles and Paul Poirier were finally able to top the podium as they won the ice dancing crown at the Canadian National Skating Championships. 0:29

For now, the pair is just trying to manage the uncertainty that comes with the pandemic.

"Mentally we had to prepare to go back to competition mode and then be cautious," Gilles told CBC Sports.

"And then this is just hard to process because we felt ready to compete again and it's another letdown. We're in a very strange place right now."

Ontario reported 807 new cases on Monday and 746 on Tuesday, the third-highest count of cases in the province since the global pandemic began.