The three-time world figure skating champion missed Thursday morning's practice after his flight out of Detroit on Wednesday was delayed. He missed his connection in Toronto, and spent the night there before flying to Regina on Thursday.

​He practised early Thursday evening, in track pants and a short-sleeved workout top, but his luggage had yet to arrive.

"I luckily packed my skates and practice clothes [in his carry-on]," Chan said. "I don't have my costumes though, I might have to borrow a shirt from a skater, luckily I have friends here." 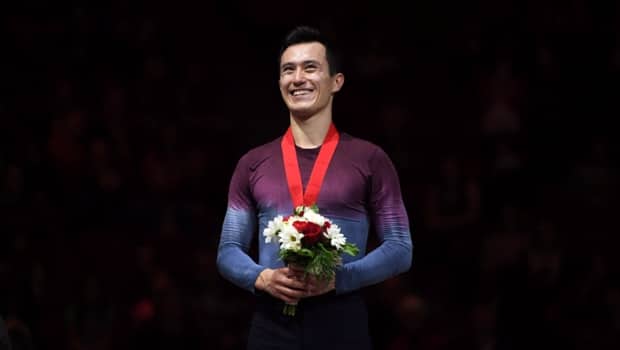 3 years agoVideo
1:34
Most people are used to seeing Patrick Chan standing on a podium with a medal around his neck, but there is so much more to the 3-time World Champion. 1:34

Chan, who's aiming for his seventh Skate Canada International title, said the hectic two days of travel are "a good test."

"It's frustrating," he said. "Like anybody, I don't want to put myself in a situation where I'm running around like a dog at the airport trying to get on a plane. It's a bit ridiculous. But that's travel, you can't really control that, and I kind of look at it as an opportunity.

Chan is keeping fingers crossed his luggage arrives before he skates his short program to "Dust in the Wind" by Kansas early Friday evening. His long program to Jeff Buckley's "Hallelujah" is Saturday.

"It's not the Olympics or world championships, then I would be kicking myself," he said. "It's all good, all good."

Chan, who won silver at the 2014 Sochi Games, will compete in his third and final Olympics in Pyeonchang.