The Grand Prix of Russia, the fifth of six Grand Prix of Figure Skating events, is set for the weekend in Moscow, and with it, the chance for some newcomers to possibly take centre stage.

Grand Prix Final spots up for grabs in Moscow

The Grand Prix of Russia, the fifth of six Grand Prix of Figure Skating events, is set for this weekend in Moscow, and with it, the chance for some newcomers to possibly take centre stage.

This season's rule changes have affected the number of elements, how they are being judged, the length of some of the programs, and consequently the scores. I wondered if it would still be the same cast of characters rising to the top when the ISU decided to press the reset button on the world records or if there is room for rising stars to leave their mark.

In the men's event, the numbers tell the tale. Two-time Olympic champion Yuzuru Hanyu of Japan leads the way in highest overall, short and free program scores. With one Grand Prix gold already under his belt, Hanyu is assured a spot at the Grand Prix Final in Vancouver if he finishes no lower than second. Truthfully, I predict he will come no lower than first. 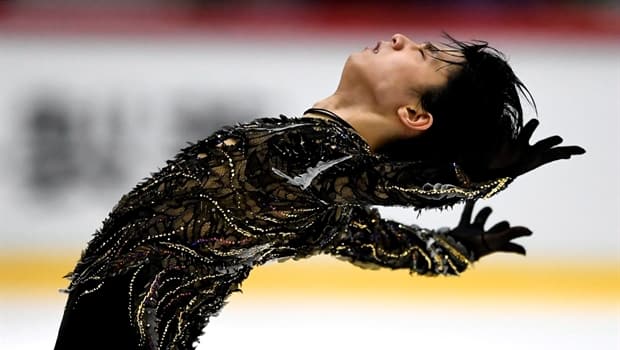 2 years agoVideo
7:12
The two-time reigning Olympic champion landed four quadruple jumps, and won by almost 40 points with a total score of 297.12 at the ISU Grand Prix in Helsinki. 7:12
What does this mean for the rest of the field? Canada's Keegan Messing is up to the podium challenge. Messing has been nothing if not consistent and strong in this early part of the season — finishing with a silver medal at Skate Canada —  and has a reputation that puts him in the mix with the world's elite skaters.

A couple of names jump off the page that are worth keeping an eye on, and one in particular has piqued my interest. Julian Zhi Jie Yee from Malaysia had the short program of his life at Skate America to sit third place headed into the free. Nerves seemed to get the better of Yee as he finished seventh overall. He has the potential to head to the podium if his mental game can hold up.

Speaking of holding up, Olympic champion Alina Zagitova is looking to add another Grand Prix gold medal in Russia and clinch a spot for the Vancouver final. It would take extraordinary circumstances, like an illness, or extraordinary performances on the part of another skater, the likes of which is hard to imagine, for this to not happen. 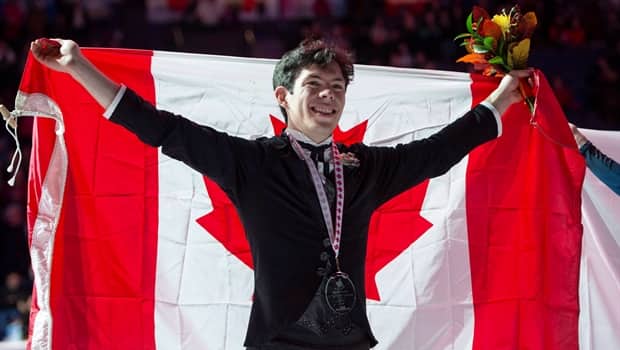 Mako Yamashita from Japan has a silver from Skate Canada, Russia's Sofia Samodurova has a bronze from Skate America and American Gracie Gold has a silver from the only time that she competed in the Rostelecom Cup in 2012. In other words, there are talented skaters headed to Moscow, but who will rise to the challenge remains to be seen.

What is interesting about the pairs event is the top two teams have left themselves lots of room to grow and improve coming into the Russian Grand Prix. If I had to choose, my vote would be for the elegant Russian team of Evgenia Tarasova and Vladimir Morozov who already have a gold medal from Skate America.

This doesn't mean Italian rivals Monica Della Monica and Matteo Guarise aren't up to the challenge. They are, and have the silver medal from the Grand Prix in Finland to prove it. Neither team has been perfect in competition. Moscow would be a good place to change that. 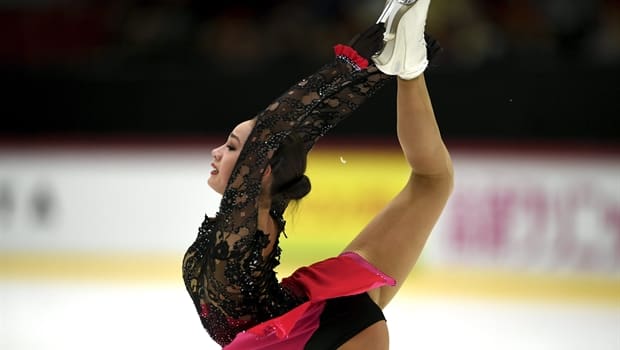 2 years agoVideo
7:58
The Russian and reigning Olympic champion Alina Zagitova finished with a total score of 215.29 points to win the women's competition at the ISU Grand Prix in Helsinki. 7:58

In other words, I think this is a team on the move. It shouldn't surprise me, as Ponomarenko's parents are Marina Klimova and Sergei Ponomarenko, the 1992 Olympic ice dance champions, 1988 Olympic silver and 1984 Olympic bronze medallists. It appears as if Anthony's apple doesn't fall far from his parents' tree.