Olympic champion Yuzuru Hanyu recorded a season-best score to dominate the men's short program at the NHK Trophy on Friday.

Olympic champion Yuzuru Hanyu recorded a season-best score to dominate the men's short program at the NHK Trophy on Friday.

Skating to Prince's "Let's Go Crazy," the defending champion from Japan stumbled on the landing of his opening quad loop but was otherwise flawless, receiving 103.89 points.

"I regret not being able to land the first quad," Hanyu said. "I feel like there was much more I could've done but I really enjoyed the short program and feel I will be able to carry the momentum over to tomorrow." 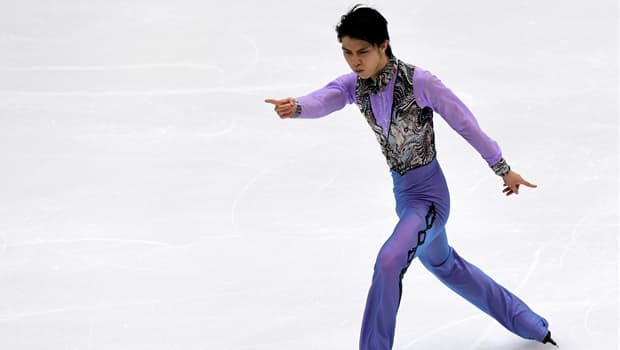 Nathan Chen of the United States was second with 87.94 points, followed by Keiji Tanaka of Japan with 80.49.

Canadians Elladj Balde (76.29) and Nam Nguyen (75.33) sat fifth and sixth, respectively while Toronto's Patrick Chan is not entered in this week's competition.

Hanyu was second in Skate Canada and is looking to wrap up a berth in the Dec. 8-11 Grand Prix Final in Marseille, France, with a win in Sapporo.

"Compared to Skate Canada, I'm feeling better about my program," Hanyu said. "I have to make sure I execute everything in the free program."

"I'm happy with performance today," Pogorilaya said. "I don't think I showed everything I could and made some small mistakes but it was very satisfying." 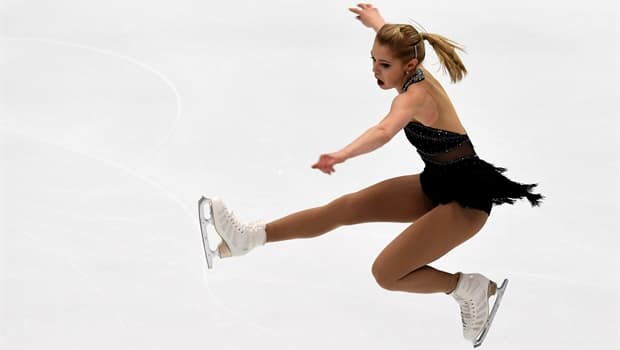 Maria Sotskova, also from Russia, was second with 69.96 points, followed by Satoko Miyahara of Japan with 64.20.

Peng Cheng and Yang Jin of China were first after the pairs short program with 73.33 points, edging Canadian duo Meagan Duhamel and Eric Radford, who had 72.95. Wang Xuehan and Wang Lei of China were third with 65.66 points.

Duhamel fell trying to land the throw triple Axel but they successfully executed their triple twist and side-by-side triple Lutz.

"It wasn't our best performance today," said Duhamel. "The throw triple Axel is a new throw for us this season and we've been doing it successfully in practice. The overall program though was better and smoother than at Skate Canada." 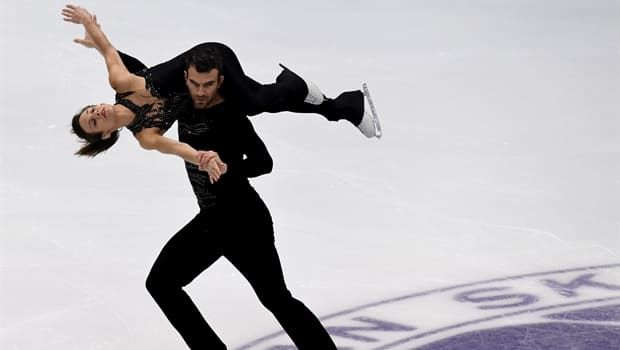 The men's, women's and pairs events conclude Saturday with the free skate.

The NHK Trophy is the sixth and final event in the International Skating Union's Grand Prix series.

You can watch more NHK Trophy action on Saturday (2 p.m. ET) and Sunday (2 p.m. ET) on Road to the Olympic Games, our weekly show spotlighting the best high-performance athletes from Canada and around the world.

With files from Louis Daignault