Canadian ice dance icons Tessa Virtue and Scott Moir captured their third career ice dance world title on Saturday in Helsinki, Finland, but it wasn't without its share of drama. 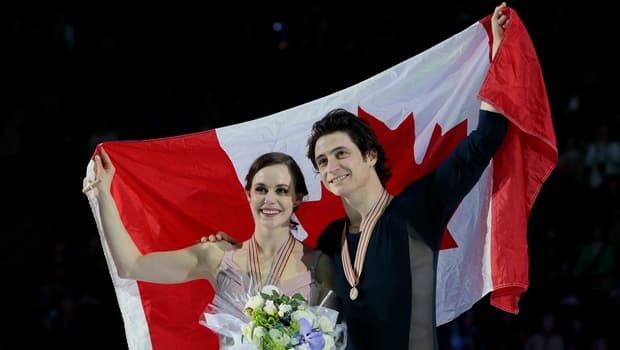 4 years ago
7:52
Virtue and Moir captured their third ice dance title at the World Figure Skating Championships in Helsinki, Finland. 7:52

The Olympic gold and silver medallists, who took a huge 5.5-point lead into the free dance, scored 116.19 for their program to Pilgrims on a Long Journey by French-Canadian artist Coeur de pirate, and Sam Smith's Latch, despite a near fall by Moir.

They finished with 198.62 points overall.

Virtue, from London, Ont., and Moir, from Ilderton, Ont., made a stunning comeback after stepping away from the sport for two seasons. They've won every one of their events this season, shattering world records along the way.

"We've never had a quote-unquote perfect season, never had that kind of run of golds, and at this point it's fun to have on our resume," Virtue said. "But more than that, what we've been able to accomplish personally as athletes has been the most satisfying." 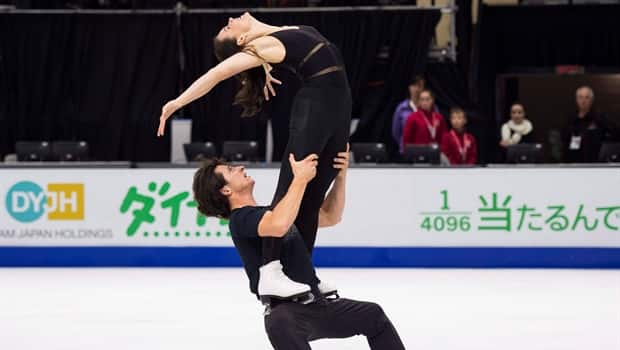 Virtue and Moir: Dance Me To The End Of Love

4 years ago
13:09
Canadian icons take a tour of the Montreal Museum of Fine Arts, discuss their creative process and explore the famed Chagall: Colour and Music exhibit 13:09

They broke their own world record in the short dance on Friday.

Moir's spill meant the Canadians lost ground to second-placed French pair Gabriella Papadakis and Guillaume Cizeron, but their five-point lead from the short dance was enough.

"It's not the way we thought we would win. Maybe that was part of the reaction (after the skate), but we're so excited and it means a lot to us," Virtue said. 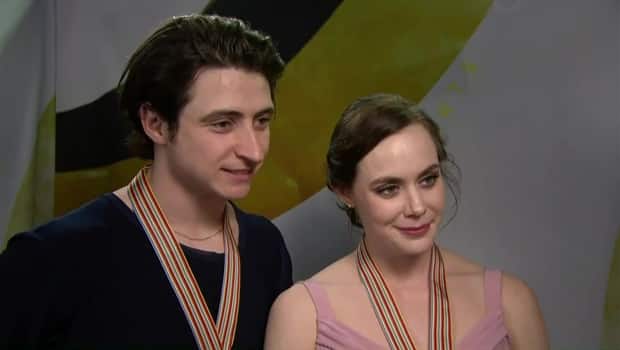 Virtue and Moir: 'We're so pleased with what we accomplished this season'

Papadakis and Cizeron took second with 196.04 after breaking their own record in the free dance with 119.15.

The United States won its only medal of the worlds as siblings Maia and Alex Shibutani took bronze with 185.18.

Kaitlyn Weaver and Andrew Poje of Waterloo, Ont., finished fourth with a score of 184.81. Toronto's Piper Gilles and Paul Poirier of Unionville, Ont., were eighth with 178.99 points.

CBCSports.ca is live streaming every short and free program at the world championships, right through the gala presentation on Sunday at 7 a.m. ET. Click here for the full schedule.