Seventeen Canadian figure skaters are heading to Pyeongchang, and for the most part they are seasoned athletes. But for the Olympic rookies, it’s like a dream come true.

Familiar faces include Chan, Virtue and Moir, Duhamel and Radford

VANCOUVER — Watching the announcement this morning of who would make the 2018 Olympic figure skating team was a light-hearted occasion. For the athletes who were informed last night that they would be making the trip to South Korea as Olympians, the announcement was simply the proverbial 'cherry on top.'

There are 17 athletes heading to Pyeongchang, and for the most part they are seasoned athletes. But for the Olympic rookies, it's like a dream come true. 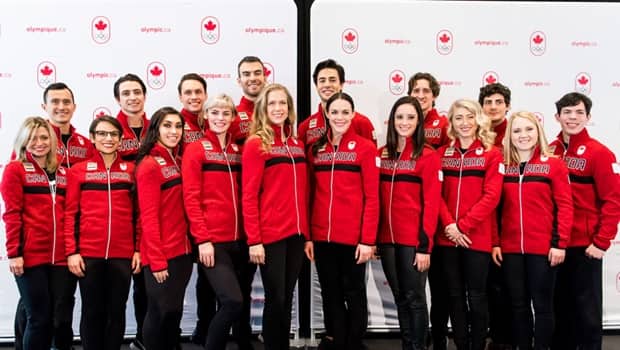 3 years agoVideo
22:39
Canada named 17 skaters to their Olympic figure skating team Sunday in Vancouver. The team will be led by Tessa Virtue and Scott Moir, who are aiming to become two-time Olympic champions. 22:39

Keegan Messing finished the men's competition as a silver medallist, with only one point separating him from former national champion Nam Nguyen. Messing is the sort of skater who checks off all the boxes when it comes to jumping. He has an emerging and quite charming artistic style. He would do well to listen and learn from 10-time national champion Patrick Chan. Chan shared with me that even though this will be his third Olympic Games, he is still learning 'how to master the Games.' 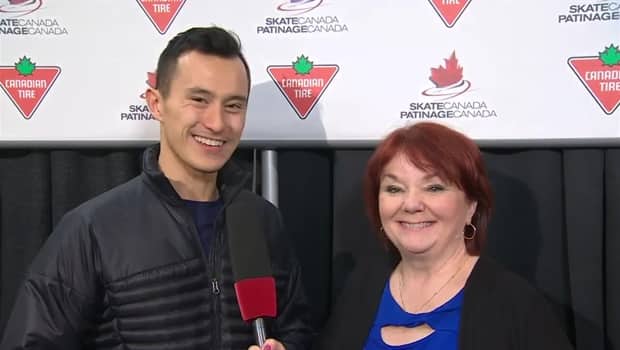 Larkyn Austman is another Olympic rookie. The Canadian women have been a bit of a wonder with Kaetlyn Osmond capturing World silver and Gabrielle Daleman the World bronze in 2017. Their efforts allowed for Canada to send three women to the Olympic Games for the first time ever.

We knew going in that it would be a battle royale for the women's national title between Daleman and Osmond. Daleman took the title with 2 clean programs — and on her 20th birthday, no less. Osmond took silver. What we couldn't predict was who would fill that third slot, and that's where Austman came in with the bronze. My advice to Austman would be to soak it all in, learn and come away with knowledge that can only be gained with experience.

Virtue and Moir remain on top

The three dance teams heading to the Games are being led by Canadian Olympic figure skating team co-captains Tessa Virtue and Scott Moir. For Virtue and Moir, the chance to put together two outstanding programs with Canadian record-setting scores should be a strong signal to the rest of the skating world that they won't be budging off the top podium step without a fight.

The silver medallists Piper Gilles and Paul Poirier changed their free dance before coming to nationals, convinced that the change was necessary to remain competitive at the highest level. Bronze medallists Kaitlyn Weaver and Andrew Poje struggled uncharacteristically in their short dance and had to fight back from a fourth-place finish. And fight back they did, in a performance that was emotional, technically superior and pure.

The pairs event was very interesting in that there were four very competitive teams contesting for three Olympic spots. When the music stopped, Meagan Duhamel and Eric Radford wrapped up their career at the national championships with a record-setting seventh title. I think their strategy in returning to a previous program is a sound one for Olympic success because they looked relaxed, prepared and ultimately triumphant. This is exactly where they need to be three weeks away from the start of the Games. 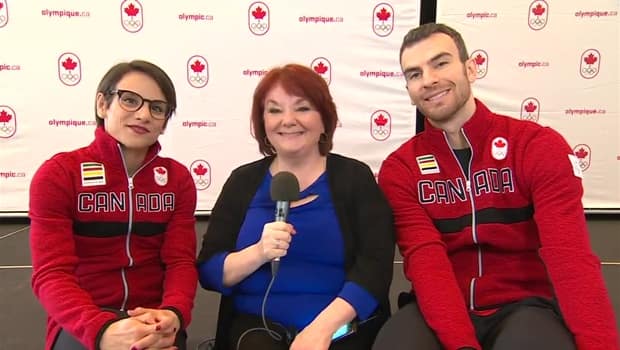 3 years agoVideo
8:31
CBC Sports' PJ Kwong spoke with Duhamel and Radford after they were nominated to represent Team Canada in figure skating at the Olympic Winter Games PyeongChang 2018 8:31

Olympic rookies and new national silver medallists Julianne Seguin and Charlie Bilodeau are like a breath of fresh air. They have had struggles of their own with career-interrupting injuries, like Seguin's concussion. Still, their speed, connection and tenacity will stand them in good stead in South Korea.

The final pair is Kirsten Moore-Towers and Michael Marinaro, who took the national bronze medal. Moore-Towers and Marinaro's strengths are a strong work ethic, great chemistry and infectious enthusiasm for the sport.

Canada doesn't only have these amazing athletes representing the country at the Games, they have also collectively, through their combined competitive results, earned Canada the top seed in the team event.

Canada's chances in figure skating at the Olympic Games have never looked better. And it all started with the results and performances this weekend at the Canadian national figure skating championships.