From where to stand on the ice, to when to sweep to wearing a mask, this new reality is going to take some getting used to and the curlers know it. But they're willing to do whatever it takes to step on the pebbled sheets once again.

"There's some uneasiness about not knowing and not competing as much as we'd like," Jennifer Jones said. "We just feel it's a privilege to play this fall and we're going to do what we can to abide by the rules and keep everyone safe. But we usually take a couple months off at most."

It's been six months since Jones last took to the ice.

"I literally have not stepped foot on the ice since the Scotties. The last game at the Scotties was the last time I was on the ice. Which is really crazy," Jones told CBC Sports.

But curling is back. In a pandemic. And so much has changed since Jones' semifinal loss at the Scotties in Moose Jaw, Sask. at the end of February.

Jones is teaming up with her mixed doubles and life partner Brent Laing to take part in the first competitive bonspiel in Ontario — the Cameron's Brewing mixed doubles cashspiel at the KW Granite Curling Club in Kitchener-Waterloo.

"We're both really excited. We haven't gone this long without being on the ice," Jones said.

Normally, Jones would have already been on the ice for at least two months and would have competed in myriad events by by this point in the season.

The Jones and Laing duo is one of 10 teams competing. These also a men's and women's event taking place in Nova Scotia this weekend in the Atlantic bubble. 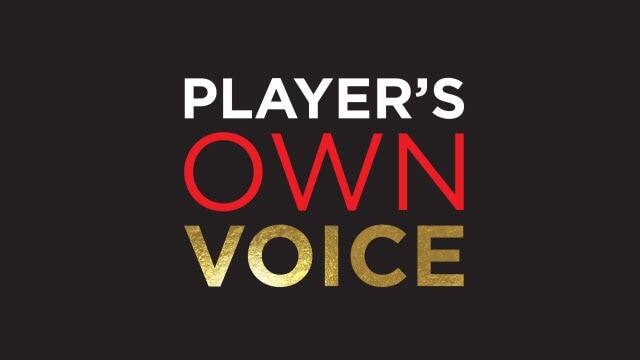 Player's Own Voice41:25Jennifer Jones pleads the fifth
Jennifer Jones, The Manitoba Skip, was recently named the greatest female curler of all time.This year she negotiated the biggest trade in Curling, bringing Lisa Weagle onto team Jones as a Fifth. Fans of the sport will be quick to ask: How much fire power can a team possibly have if Lisa Weagle is fifth curler? J-Jones answers that neatly. The true value of the fifth is best revealed at the Olympics...so why wait til the last second to build the team that is going for gold on the biggest stage? Jones also addresses her famous intensity, and helps us understand how being competitive can be compartmentalized. She insists that her focus on winning melts away when she’s off the ice. Fierce and friendly seems like an oxymoron, but she’s living proof it can happen.

The staff members at the KW Granite Club have taken measures to ensure all the protocols are being followed, including placing decals on the ice to indicate where curlers should be standing.

The first games take place Saturday starting at 11 a.m. ET. Each team will play three games before semifinals and final on Sunday.

"Once we get out there we're going to want to play our best. But at the end of the day this is about finding what our new normal is," Jones said.

That new normal includes trying to figure out what mask to wear on the ice. Jones said for all the curling trips and events she's packed for this one is by far the most foreign because of all the different safety precautions she has to consider.

"I do have one of my favourite masks. I'm going to use that one," she said. "It's not normal but nothing is normal right now and we're just very excited to have the opportunity. We weren't even sure we'd be able to play in the fall."

Also playing this weekend is Lisa Weagle, the newest member of Team Jones  who was dropped from Team Homan during the offseason and quickly brought on as a fifth player for Team Jones.

Weagle will be playing alongside Ontario skip John Epping.

"I was on the same team for a decade. I do feel a little nervous. It's exciting. It feels like a fresh start," Weagle said.  "I'm excited to see how I can contribute to the team and what that'll look like."

Like Jones, Weagle said packing for this curling event was a completely different experience.

"I actually brought a selection of masks. I don't know what's going to work the best out there. I picked up some sports masks and did a few workouts in them. They got pretty sweaty," Weagle said. "Packing last night I had a thing of Lysol wipes, a box of masks and I bought an air purifier."

Staying healthy in the midst of these events is going to be just as challenging as the curling itself, a challenge Weagle and the curlers are ready to take up because the rest of the world is also on the ice and have been for weeks already.

"The Olympics are just around the corner. I think it's important for Canadian teams to get competitive opportunities. But obviously safety and health is the number one priority," Weagle said.

Comments echoed by her new skipper.

"It seems like the rest of the world hasn't taken a step back. A lot of them are still training," Jones said.

This is the beginning of provincial bonspiel tours that will be popping up across the country. Events have been planned throughout the fall. Curling Canada, provincial curling associations, curlers and clubs are all pulling together to find ways to get on the ice.  With much of the competitive season already cancelled and questions around how the Scotties and Brier will take shape, everyone is doing what they can to stay sharp for if and when the time to compete at their highest level arrives.

"It feels like home when I'm on the ice. And it feels like I've been away from home for a while," Weagle said.

"I've always been a person who likes to plan and have everything organized ahead of time. Through this I've had to let some of that go. I'm just trying to approach things with as few expectations as possible. Go with the flow which is tough for someone like me."