The host province has hit turbulence at the Canadian men's curling championship.

At 2-2 in Pool A, McEwen is looking up at Northern Ontario's Brad Jacobs (4-0), Bottcher and Saskatchewan's Kirk Muyres (3-1) with three games remaining in the round robin.

"It's just curling, but it's more than that," McEwen said. "Yeah, we're amateur athletes, but this is my life. It helps support my family.

"There's a lot that goes into this so this is tough when these things happen. It's like a job demotion or something like that. It's not good." 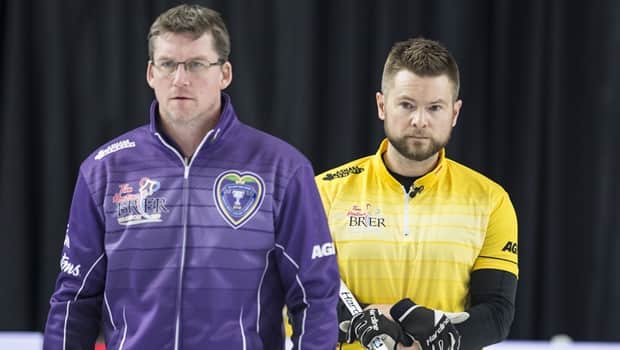 McEwen's shooter on an open hit for the win rolled wide for Solberg's steal of one.

"I can make those with my eyes closed and I didn't today," the skip said.

Solberg had toppled Manitoba before at the Brier. His Yukon-Northwest Territories team edged Brad Lukowich 11-10 in 2002 in Calgary.

"That's our 11th game together as a team this year, so we're pretty happy," the Whitehorse skip said.

Gushue, Nova Scotia's Stuart Thompson and B.C.'s Jim Cotter were all 3-1 ahead of Ontario's Scott McDonald at 2-2. 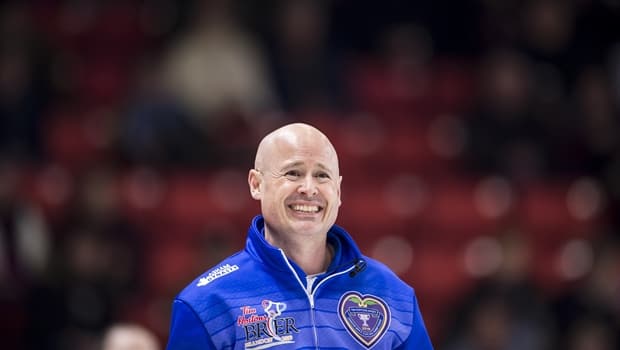 Yukon and Manitoba were tied at 2-2 in Pool A followed by Quebec's Martin Crete and P.E.I.'s John Likely at 1-3. Andrew Symonds of Newfoundland and Labrador was 0-4.

The top four teams from two pools of eight Wednesday advance to the championship round, from which the four Page playoff teams emerge. The Manitobans had raced to an early five-point lead Sunday night against Bottcher, but Team Wild Card scored three in the fifth and stole three in the sixth for an abrupt turnaround.

McEwen still had a draw for two and the win, but ticked on a guard and gave up hammer in an extra-end loss.

Both the skip and vice Reid Carruthers banged their brooms in frustration. A "what are we doing" with an expletive was audible on the television broadcast.

"It was a struggle the last two games, but it wasn't the first two," Carruthers said. "It's been a bit of an up and down season the whole year. Not just this tournament."

The partnership of McEwen and Carruthers this season constituted a "super-team" as the men are considered among the best skips in the business.

For years, they've been each other's highest hurdle to win Manitoba playdowns and get to the Brier.

Having played for Carruthers since 2014, the front end of second Derek Samagalski and lead Colin Hodgson made for a seasoned foursome with big-game experience. But it took several weeks to settle on who was calling the house and what surname the team played under.

They started the season as Team Carruthers with him calling shots and McEwen throwing fourth stones, before McEwen took over as outright skip.

But Carruthers then took a turn both skipping and throwing fourth stones until he handed both roles back to McEwen for February's provincial championship.

Manitoba's interest in curling and the successful record of its teams nationally and internationally coined the phrase "the buffalo is heavy."

Working out the kinks

The expectations are similarly high for McEwen's foursome at the Tim Hortons Brier in McEwen's hometown of Brandon, Man., even though the team is still working out the kinks.

"We don't have the history together, not just Reid and I, but as a team," McEwen said. "We're very early in our development. We know going into this we're underdogs.

"We're the most capable you can get as far as experience and how we've executed on our own in the past, but there's a lot that goes into making a great team and we're just very early on that journey."

The skip says "it helps to have a short memory" after his team's back-to-back losses, while Carruthers remained optimistic.

"Were not quite as polished as what we can be, but we're definitely not out of this tournament," Carruthers said.

"We have to look at the first couple days here and learn from this and not hang our heads too much because if you were to tell me before this thing started that we'd be 2-2 at the Brier in Brandon, I'd sign myself up. I got a chance."