Brad Gushue has strung together 15 curling consecutive wins, his latest on Sunday afternoon clinched another title for his team from Newfoundland and Labrador. Gushue defeated Nova Scotia’s Matthew Manuel 6-2 to claim the Stu Sells 1824 Halifax Classic.

Rink out of Newfoundland and Labrador has won 15 consecutive games

Brad Gushue has strung together 15 curling consecutive wins, his latest on Sunday afternoon clinched another title for his team from Newfoundland and Labrador.

The impressive winning streak dates back to the Brier in Kingston, Ont., when Gushue won two must-win playoff games and the championship game to secure his third national title. That Brier win came on Mar. 8, just days before the pandemic shut down the sporting world – Gushue was meant to represent Canada at the men's world championship. That obviously never happened.

He then didn't step back on the ice for the longest time at any point in his illustrious career, now seemingly not missing a beat. Gushue won all six games he played two weekends ago at the Dave Jones Cashspiel and then followed it up with another undefeated event in Halifax.

The St. John's-based team had a different look for a second-straight event as lead Geoff Walker remained at home in Alberta after deciding not to enter the Atlantic bubble. Last week, when Gushue won the Dave Jones bonspiel, Labrador City native Joel Krats filled in for Walker. This weekend, Stephenville, NL, native Ryan McNeil Lamswood stepped in for Walker and was solid throughout the event. 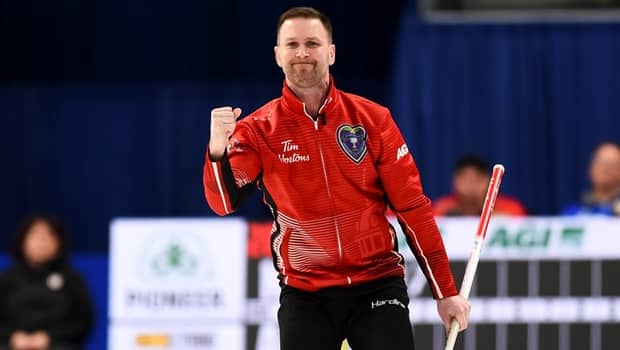 Gushue scored two in the first end, forced Manuel to a single in the second and never looked back.

In a low-scoring, defensive battle, Gushue carried a 4-2 lead to the seventh end when he put the game away. The three-time Brier champion put two more on the board to take a 6-2 lead before running Manuel out of stones in the final end.

Meanwhile, across the country in Penticton, B.C. many of the top men's curling teams in the country are battling on the pebbled ice looking to claim the Ashley HomeStore Curling Classic.

The semifinals and championship game can be watched live Monday on cbcsports.ca.

This all comes in the wake of the cancellation of a women's curling event in Alberta.

With COVID-19 cases rising across the country, new measures are being updated regularly and making it increasingly more challenging for curlers to not only play events but also travel to them.

CBC Sports was the first to report that the Scotties, Brier and men's world curling championships will not be taking place in their respective host cities, rather, will move to a curling hub city model likely based in Calgary.