A number of past champions have eyes on another Brier title

Five out of the previous six Briers have been captured by teams still in the hunt this year in Brandon — Brad Gushue, Kevin Koe and Brad Jacobs have all been there, done that before.

Jacobs, Koe, Gushue and Bottcher lead the way as the playoffs loom

BRANDON, Man. — Now it's getting serious.

The 16-team field has been trimmed in half as the championship round starts. And it's a rock star-studded group of teams ready to battle it out.

In fact, five out of the previous six Briers have been captured by teams still in the hunt this year — Brad Gushue, Kevin Koe and Brad Jacobs have all been there, done that before.

The most impressive team to this point in the tournament has been Jacob's Northern Ontario rink. The team cruised through the pool play, going undefeated through seven games and shooting 90 per cent or higher in every victory.

"Every win is a big win here," Jacobs said. "We're fortunate to be undefeated and now we'll get some rest. "Hopefully we can keep that going. We're going to be up against some really tough opponents."

The 2013 Brier champions have been trying for years to regain their winning ways that also propelled them to Olympic gold in 2014 in Sochi. Jacobs has brought on Adam Kingsbury this year to help with the team's mental fortitude on the ice and it seems to be working. They're as calm as they've ever been and seem unflappable at the Brier so far. 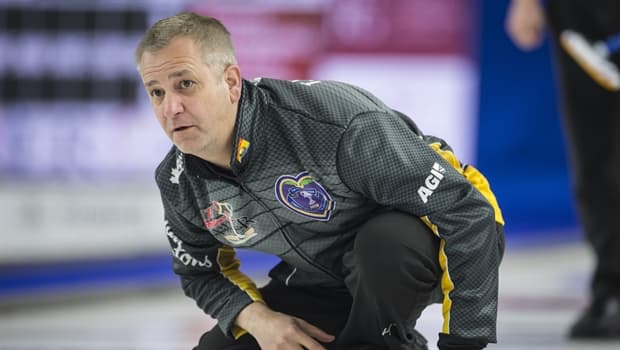 2 years agoVideo
0:38
Terry Odishaw and his New Brunswick rink beat Scott McDonald's Ontario rink 9-8 in an extra end at the Brier in Brandon, Manitoba on Wednesday. 0:38

But for as smooth as it's gone up until now, Jacobs knows the curling juggernauts like Koe and Gushue are still ahead — the pressure is mounting and Jacobs knows it.

"I think that time is right around the corner and I welcome it," he said. "I hope we have several games where we have to make the last one to win."

Alberta teams in the mix

Koe also went undefeated and seems poised to make another playoff push at the Brier. There's something about the Alberta skip when it comes to this point in the tournament — the bigger the pressure, the better Koe plays. In fact, in Koe's previous six Brier appearances he's made it to the final five times and has won it three times.

Then there's the wild-card team skipped by Brendan Bottcher. They punched their ticket into the main event with a win over John Epping in the wild-card game last Friday. They finished pool play with a 6-1 record. They're also last year's Brier runner-ups, having lost to Gushue on the final rock.

"I think we're ready especially after last year," Bottcher said. "It wouldn't be a surprise to me at all if we walked out of here at the end of the week as winners."

It's been somewhat of a topsy-turvy few weeks for Bottcher and his team. They had to wait and find out if they would even play in the wild-card game. Then they had to win it. They lost their first game of the Brier badly to Jacobs but have reeled off six straight wins, including an historic comeback win against Manitoba.

WATCH | Manitoba clinches berth in next round: 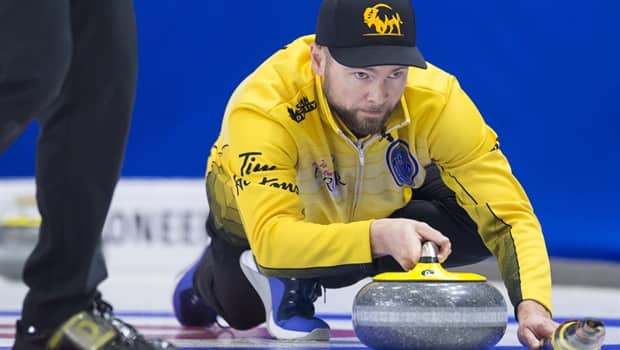 2 years agoVideo
0:37
Manitoba's Mike McEwen beat Prince Edward Island's John Likely 7-6 to secure a spot in the championship round at the Brier with at 4-3 record. Likely finishes tournament at 1-6. 0:37

After falling behind Manitoba 5-0 after four ends, Bottcher's team rallied and came all the way back for an extra-end victory.

Defending champions not to be overlooked

Whenever Gushue is in a bonspiel he's a threat. After back-to-back Brier wins, Gushue knows what it takes to play his best curling when he needs it the most.

He has 128 wins in total at Brier tournaments, more than any other skip to play the game. The team finished pool play with a 6-1 record, the same place they finished the round-robin one year ago in Regina. They wouldn't lose another game after that, reeling off six straight victories en route to their second Brier title.

The team has played fewer events this year than at any other time, scheduling the entire curling season around peaking at the Brier.

The St. John's skip knows they have to take their game to the next level but is happy with where they're at heading into the championship round.

"I enjoy the big games. I still get nervous about them but I actually enjoy them a whole lot more now," Gushue said. "These next two days are going to be busy."

Brandon-born skip Mike McEwen came into the Brier wanting nothing more than to thrill the local fans — it hasn't exactly happened.

The team finished pool play with a 4-3 record and are now up against the ropes. McEwen knows they can't lose another game.

"I think we're playing well enough to give just about anybody in the field a good game, but we're in do-or-die matches now," McEwen said.

The team's chances were seriously jeopardized after a stunning loss to Yukon earlier this week but McEwen isn't giving up the idea of advancing to the playoff round just yet.

"It's possible but it's going to be tough. We don't have any other choice and we'll just embrace that."