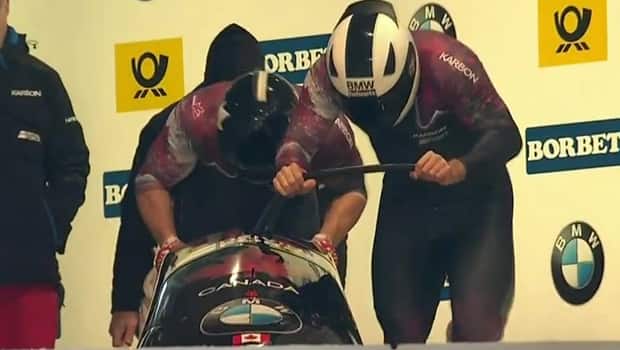 4 years ago
1:58
The Canadian pairing of Justin Kripps and Jesse Lumsden earned silver on Sunday, finishing second overall after four runs at the IBSF World Championships in Konigssee, Germany. 1:58

Canada's Justin Kripps and Jesse Lumsden captured silver in the two-man bobsleigh event on Sunday at the world bobsleigh championships in Königssee, Germany.

The Canadians finished their combined four runs in three minutes, 17.91 seconds, and were 1.2 seconds behind the eventual world title holders, Franscico Friedrich and Thorsten Margis of Germany. 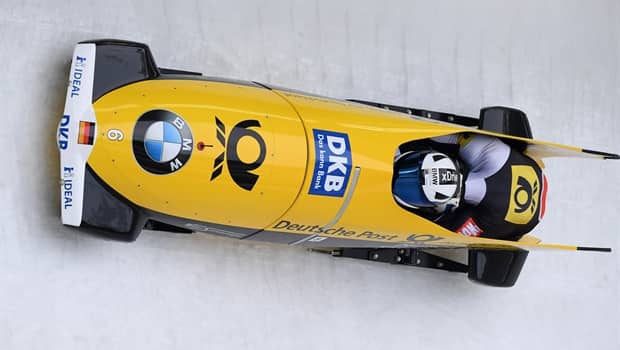 4 years ago
3:20
Francesco Friedrich and Thorsten Margis of Germany captured 2-man bobsleigh gold on Sunday at the IBSF World Championships in Konigssee. 3:20

"It is a huge, huge day for Jesse and I," Kripps said in a press release. "It is awesome for us to have this result at the right time."

Germany's Johannes Lochner and Joshua Bluhm were just 0.05 seconds behind Kripps and Lumsden for the bronze medal.

"We started in 11th spot yesterday and came out swinging right of the gate," Lumsden said. Our pushes were better and Justin had four of the most consistent runs he has had all year."

"Consistency is king. The start, the drive — it is all about consistency. It feels great. I'm just in a pub by myself having a beer soaking it all in and I couldn't be happier."

Kripps and Lumsden both credit a rule change by the International Bobsleigh and Skeleton Federation (IBSF) regarding a sandpaper protocol that is done by officials on each of the sled runners for levelling the playing field.

"This result isn't a surprise to me after the material control change. I always believed it would be a more fair race and we'd be back in it with that change," Kripps said.

"It was a pretty dismal season, but we kept each other positive, kept working hard and knew if we kept pushing and driving we'd eventually be back it in."