A mechanical issue with a track forced the World Cup bobsleigh season to open a week later than planned. But it's who will be competing in the native red, white and blue of the U.S. that still dominates the headlines.

Kaillie Humphries, a two-time Olympic champion, is set to make her World Cup debut on behalf of the United States after switching competitive allegiances from Canada in September.

The Calgary native sued the Canadian program for her release on the grounds that she was harassed by her coach. Despite losing the suit, Bobsleigh Canada granted Humphries the freedom to depart for one of its primary rivals.

Christine de Bruin, a Canadian pilot and former Olympic teammate of Humphries, doesn't expect much to change once the event gets underway.

"We always had to compete against each other anyway," de Bruin said. "We both pilot and competed in different sleds, so I just look at it as the same at the end of the day.

That competition has already begun. At a North American Cup event two weeks ago, de Bruin and brakewoman Janine McCue beat Humphries and her new brakewoman, Lauren Gibbs, by 0.18 seconds in the first of two races on the Lake Placid, N.Y., track. Humphries, though, came back in the second race to win by 0.54 seconds over de Bruin and Ribi Bianca.

When the action begins in Lake Placid, Kristen Bujnowski will be the familiar face pushing de Bruin's sled behind her.

The pair exhibited great chemistry at last season's world championships in Whistler, B.C., leading to immediate success. On de Bruin's 30th birthday, the Stony Plain, Alta. native, secured a silver medal in the mixed relay event and a bronze in the women's 2-man event with Bujnowski, a native of Mount Brydges, Ont.

WATCH | Justin Kripps breaks down the details of a successful bobsleigh run: 1 year agoVideo
4:24
Canadian Justin Kripps has been one of the more consistent bobsleigh pilots since breaking onto the professional circuit in 2012. Even with an Olympic Gold medal under his belt, Kripps continues to push himself to become better. 4:24

"I think last year was Kristen's breakout year," said de Bruin, who won silver in her 2018-19 World Cup race at Lake Placid. "Kristen's amazing, I love having her around and in my sled. We just really bring each other up and take pressure off each other. We didn't get the chance to click until last season when we raced together.

"The tracks that we have lots of experience in, our goal this season is a podium finish. Just from having the team we have, it's got to be a podium finish. I just have that feeling in my gut."

A mechanical issue with the track in Park City, Utah forced the World Cup Bobsleigh season to open a week later at Mount Van Hoevenberg.

CBC Sports will have live coverage of the World Cup season opener Saturday at 12:30 p.m. ET.

'Team of the year'

The Canadian men, led by Justin Kripps, are coming off a successful season that saw their 4-man sled named team of the year at the 2019 Canadian Sport Awards.

Kripps, Ryan Sommer, Cameron Stones and Ben Coakwell captured bronze in the 4-man at the world championships in Whistler. The Olympic gold medallist in the 2-man at the 2018 PyeongChang Olympics also won silver with Stones in the same event.

Kripps, from Summerland, BC., became the third Canadian ever to reach the podium in both the 2-man and 4-man in the same world championships.

"[I want to] keep building on that," Kripps said. "Personally I want to keep fighting for better results in every race and as a team I want to build on success of last year and compete in all the World Cup events. We didn't do that last year. That was a team choice due to finances, but this year I'd like to do all the events and get up there in the world rankings — be in the top three.

"I think it's possible this year with a smaller Canadian team."

WATCH | Resiliency the key to success for de Bruin, Bujnowski: 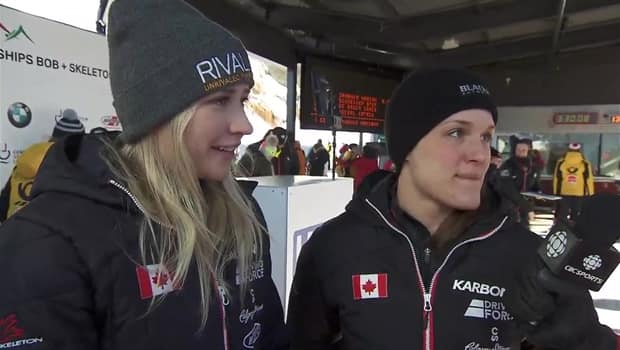 With the national team trimmed down to six, Kripps and his teammates also had success at the Lake Placid North American Cup event last month, capturing two first-place finishes in the 4-man along with a first and second-place result in the 2-man.

"It's not the highest level of racing but there was quite a few World Cup teams there," Kripps said. "It was a good tune-up and was nice to see where we're at against some of the Americans and Europeans.

"I'm in a new format sled and it seems like it was pretty quick with the results we had."

The World Cup opener will have bobsledders compete Dec. 7-8 with two 2-man races and the following weekend will have two 4-man races.

"The fact that it's a double in Lake Placid is in Canada's advantage, I believe," Lumsden said. "Bobsleigh is a sport really about run volume and experience so that's really where that helps. That's why [having] them down there for North American Cup races really helps."

"Lake Placid is a difficult track and a lot of European teams don't like it that much," Kripps said. "They don't go there to practice as often and we do. I like that track and to drive there is great.

"It's just another race where we can do really well in."

Rest of the field

Alongside Kripps and his dominance in the 2-man races is German bobsledder Francesco Friedrich and Thorsten Margis.

Team Kripps and Friedrich tied in PyeongChang for Olympic gold and team Friedrich beat out Kripps at the world championships in Whistler.

"Kripps and Friedrich are the two 2-man guys that are on top of the world," Lumsden said. "It's been that way for a number of years now. Where there needs to be improvement is the 4-man and Kripps has a good crew around him and a talented crew as well. They have been racing together the last two years. 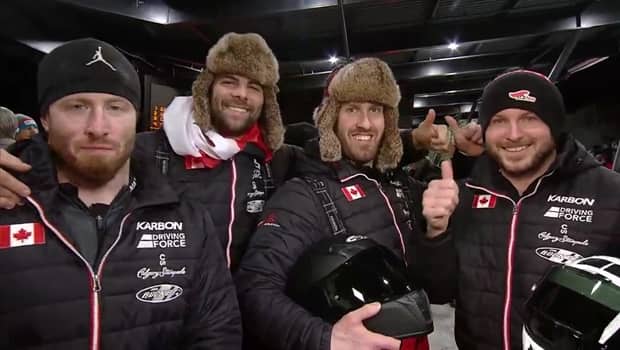 Ben Coakwell on 4-man bobsleigh bronze: 'This is what happens when a team comes together'

"He just needs to find his comfort level and hopefully get the equipment he needs to be as competitive in the 4-man as he is in the 2-man."

Friedrich, the reigning Olympic gold medallist in the 4-man, is also the No. 1-ranked bobsledder in the event from the last season's World Cup.

On the women's side, all eyes will be on Humphries but the German's dominance carries over to the 2-woman races with 2018 Olympic gold medallist and the No. 1-ranked Mariama Jamanka ready to compete.